The latest in the global exploration genre, indie darling filmmaker James Gray’s The Lost City of Z hints at glorious discovery, anthropological marvels and fabled adventures into the green unknown.

Sadly, much like its story’s uncertain ending, the delivery and payoff isn’t as glamorous and promising as advertised. 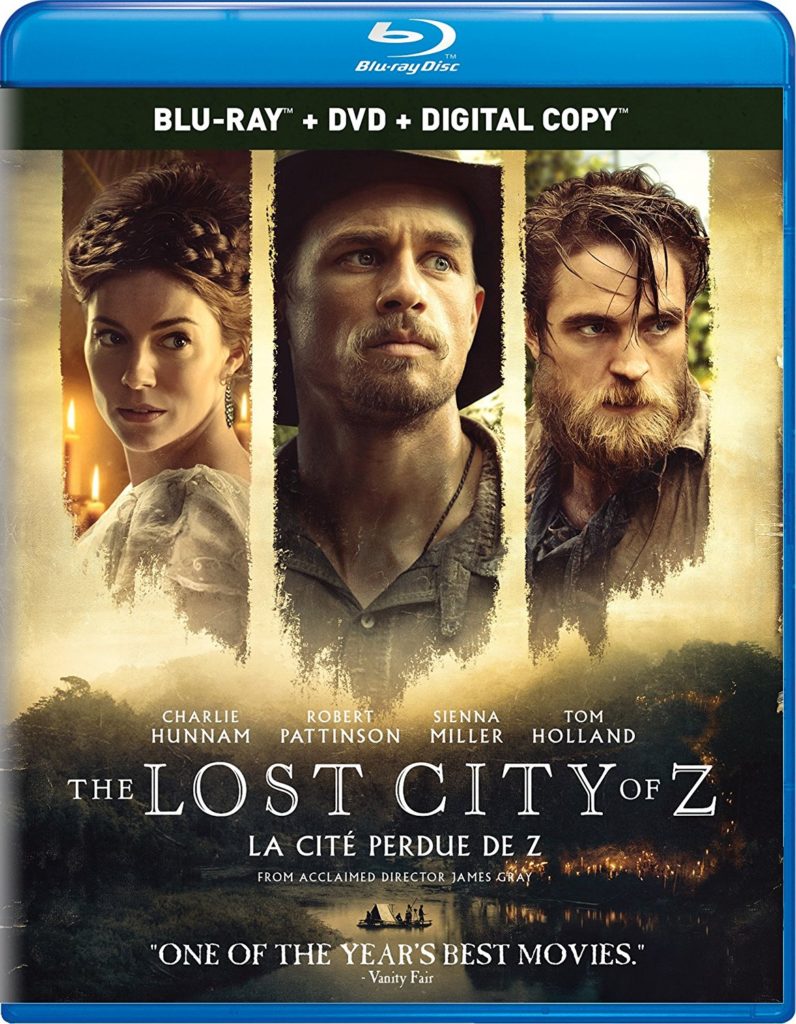 Based on the 2009 book of the same name by David Grann, The Lost City of Z stars Sons of Anarchy alum Charlie Hunnam as real-life soldier-turned-explorer Percy Fawcett, a British military man with a mapping background who seeks the lost Amazonian cities of lore, reputed to be paved with gold (or so ancient texts say) and has yet to be (re)discovered.

Near the start of the First World War, the Royal Geographic Society in London offers Fawcett the chance to head to South America in order to plot and map unexplored territory. Leaving his strong-willed spouse (Sienna Miller) to look after their child, Fawcett heads into terra incognita as sanctioned by his superiors.

With the assistance of fellow soldier and explorer Henry Costin (Robert Pattinson, Twilight), Fawcett soon discovers unknown tribes and new territories, that is, when they’re not fighting various insects, infections and other jungle-borne dangers.

As tales of his exploits reach the modern English-speaking world, the obsessive need to return to the jungle — ill equipped or not – overtakes the astute military man as he fights on two fronts – protests from his wife over years spent abroad, also risible ribbing from his intellectual colleagues – for even considering that a fabled city of gold exists in this day and age, behind a nearly impassable tropical oasis.

While the interaction between leads Hunnam and Pattinson make for a worthwhile adventure tale of ambition and discovery, the film’s goals are outmatched by the limited production budget, which forces the narrative to rely on much discourse over visuals.
Though the real-life story of these men is still mysterious (go read about them to know more), much of the mystery here isn’t held back for effect, but rather missing altogether due to the project’s likely budgetary limits.
While I’m usually a strong believer of the “show, don’t tell” philosophical approach, this particular film leaves the viewer wanting by its end credits.
A valiant acting effort by all is laudable, however one can take so much hinting at the eventual goods before he or she too, becomes lost in the narrative, forgetting the end game.
The brief docu included on the Blu-Ray/DVD combo set will enlighten viewers on the film’s ambitious production, however it will also reveal that this project is nowhere near Dvid Lean-type levels of epic narrative, especially given its title.
Verdict:

'Now on Blu-Ray: The Lost City of Z Goes Missing in Its Own Quest' has no comments