Celebrated novelist Margaret Atwood (The Handmaid’s Tale) returns to her graphic novel series filled with were-people heroes and villains, for a final showdown worth its weight in catnip, if you’re into lighthearted fare without taking the idea too seriously. 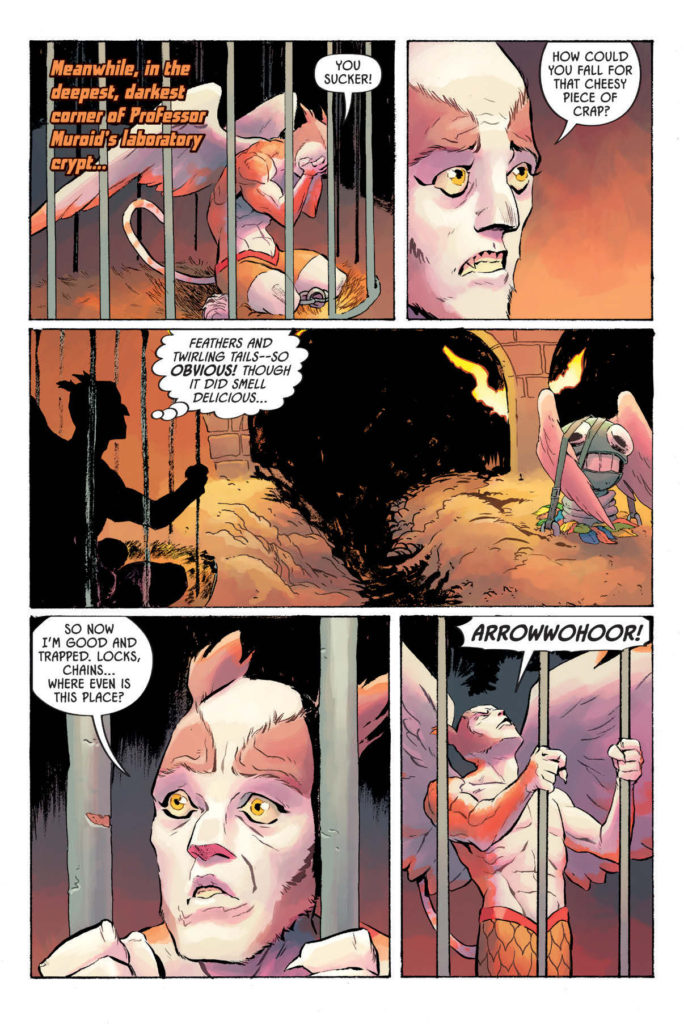 But first, a bit of a refresher: Strig Feleedus is a mild-mannered geneticist who ends up in the middle of an accident that permeates him, an owl and a cat with a secret super splicer formula, resulting in his ability to morph into a new kind of hero, dubbing himself Angel Catbird.

In the first two volumes of this entertaining and often educational tale, we discover (along with our hero) that the world isn’t what it seems, with a slew of were-people living among us, some half-cats, others half-rats. Obviously, some rivalries are bound to happen between hybrid species, setting the tone for this lighthearted and easy to read fantasy tale.

Atwood opts to introduce a slew of supporting characters by the second volume, building up to an all-out menagerie of bizarre additions by this last installment.

Whereas Volume 2 introduced the vampire Count Catula, who joined Strig and Cate in their fight against evil former employer Dr. Muroid, the final volume brings in other tongue-in-cheek heroes from were-people history: Athen-Owl, Neferkitty, Catigula…you get the idea.

With heroes setting their predatory instincts aside in the name of good, a final gathering at Castle Catula takes place so to plan a final assault against Muroid, himself a half-man, half rat hybrid intent on using the super splicer formula to turn the world’s rats into his own personal army, poised to take over the world. 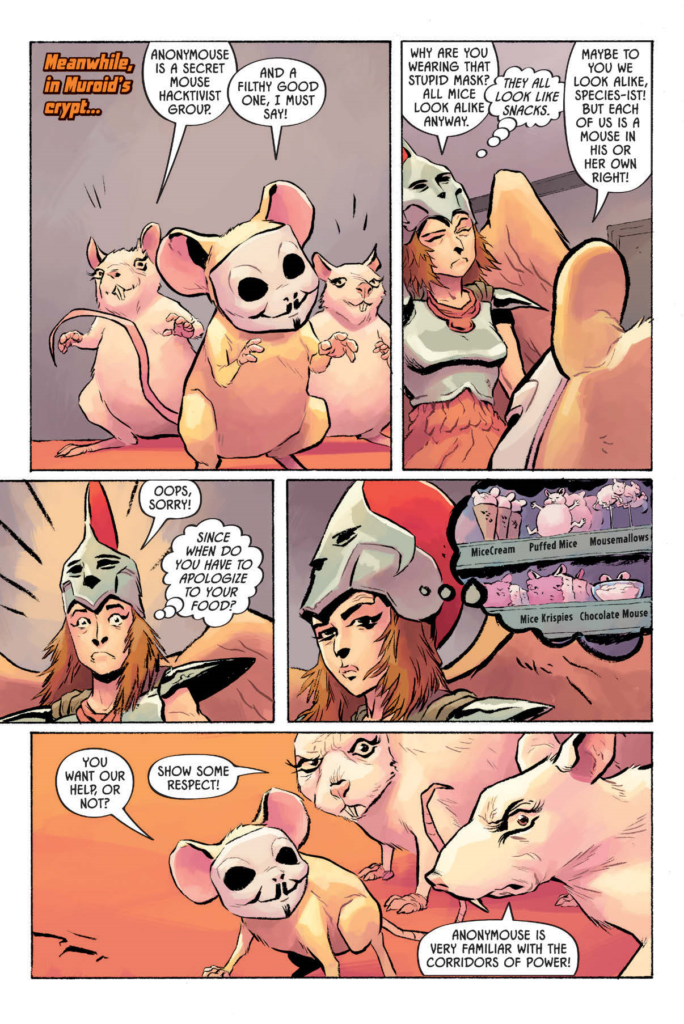 And why shouldn’t it? Seemingly designed as an alternative to more serious and mature superhero fare from the DC and Marvel vaults, Atwood and illustrator Johnnie Christmas poke fun at the genre while keeping it toned down, using puns as needed in a tale peppered with useful web links to animal safety sites that are relevant to the preceding panels.

Seasoned graphic novel readers might be put off by the pet care lessons strewn throughout the volumes. Personally, I’m a take it or leave it kinda guy, aware of the advice given by animal lover Atwood while also pleased to see that this book and its companion volumes can act as both a source of entertainment and an optional tool to educate young readers about their furry house pets.

The popular Canadian novelist takes obvious pleasure in introducing pet versions of real-life activist groups into her story, notably with the Anonymouse organization, who sport mice-versions of Guy Fawkes masks to protect their identity while they aid the were-heroes with logistical support.

There will be many who see this as a step down for the Oryx and Crake author, a project not worthy of Atwood’s talents, which is utter nonsense.

Many great authors have dabbled in other genres and media (take Stephen King, for example), having earned the right to experiment for the fun of it, without the need to seek acceptance from picky readers.

Personally, I chuckled repeatedly over the full trilogy, enthused by the imaginative cast of characters, even if the titular fly boy takes somewhat of a back seat in the latter half of this mouse-cular tale, clearly in a cat-egory of its own.