By Dominic Messier, Founder, Editor in Chief and Film Writer

An obvious, semi-tongue in cheek nod to the most popular show on the planet (at least during the 1990s, that is), Dwayne Johnson and Zac Efron lead a cast of funny and pretty beachheads who form the Baywatch team tasked with saving lives, busting pickpockets and keeping the peace along the busy waters of Emerald Bay.

Moving the TV show’s premise from California to Florida, the film follows the formulaic premise of David Hasselhoff’s source material by including two or three minor saves along with mindless watchtower banter between fellow lifeguards during seasonal tryouts for new lifeguard recuits.

These lighthearted moments give way to the larger plot at play involving a rich businesswoman (Quantico’s Priyanka Chopra) who uses her influence to strong-arm city councilors into letting her buy beachfront property.

Of course, real estate acquisition isn’t the only threat to the quiet beaches. A new powerful and dangerous drug is popping up in the area (and in the nearby waters), forcing former Navy SEAL Mitch Buchannon (Dwayne Johnson) to instinctively investigate the source of this contraband while contending with his new trainees, especially hotheaded Olympic Gold Medalist Matt Brody (Zac Efron.) 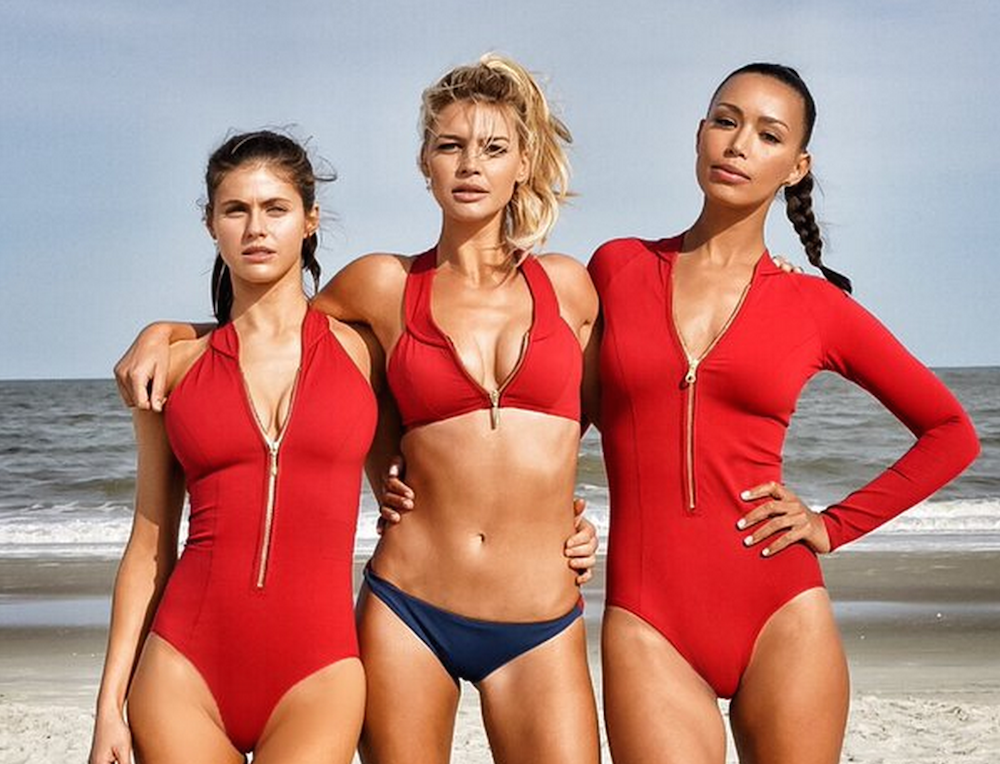 The film tries hard to keep a fair balance between humor and pure action (with scantily clad bods and muscular dudes aplenty), which results in over half the scenes consisting of juvenile and vulgar back-and-forth between leads Johnson and Efron, leaving very little for the remaining supporting cast to do but watch or follow suit.

Think of your typical 80s sports comedy and you get a fair idea of the level of juvenile hi-jinks and humor usually involving private parts or puke. 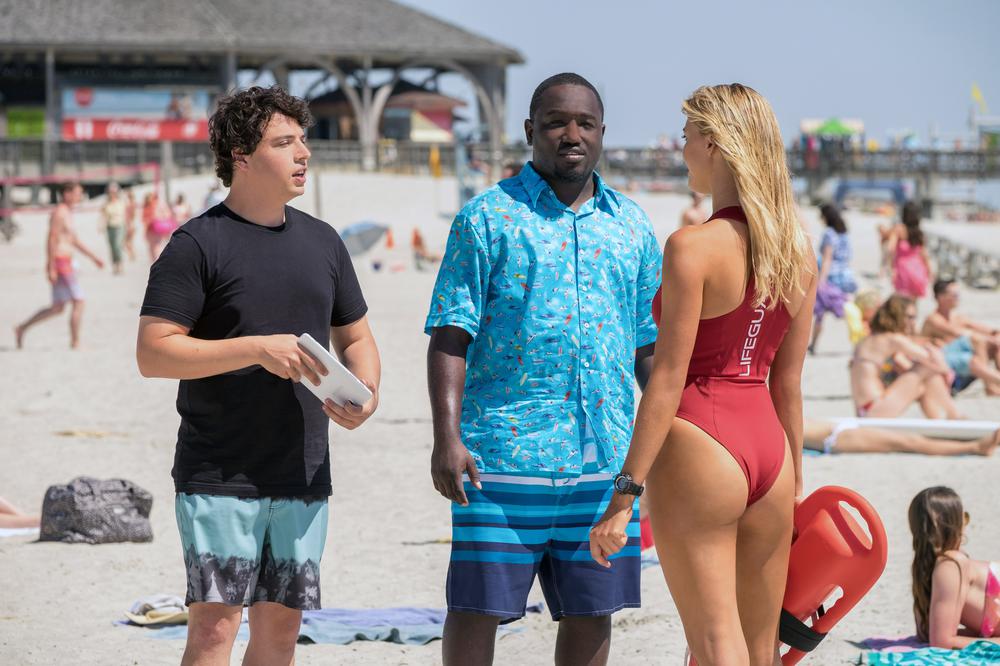 While their banter comes off as boastful and vulgar, there is undeniable chemistry between Efron and Johnson, in a battle of pride pitting skill against experience. Of course, expect the heroes to win the day in some measure, also look for the inevitable cameos by the original TV cast.

Seriously, what self-respecting remake wouldn’t reach out to the Hoff and Pamela Anderson for a scene or two?

Also, keep an eye out for some comic relief by a boardwalk cop played by Yahya Abdul-Mateen II, who finds himself the butt of many a jabs by Mitch throughout the film. 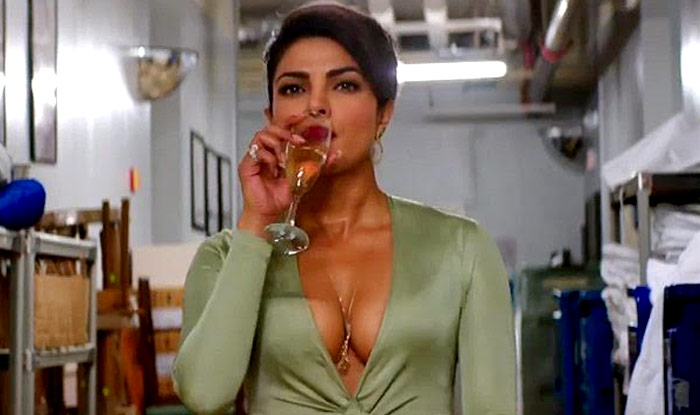 For once, I found myself looking forward to a handful of deleted and extended scenes which added a bit of context and extra interaction between characters. Also, the blooper reel is always a treat. Otherwise, expect a lot of backslapping over how this is an amazing project (open for debate) and how this is a loving tribute to a legendary show (again up to individual taste.)

Below, a double trailer for the film. (Warning, these clips contain mature language.)

'Blu-Ray Review: Baywatch Nary a Tall Glass of Water' has no comments