Considered by many to be very topical if not overdue, Al Gore’s follow-up to 2006’s An Inconvenient Truth acts as a righteous reminder of the climate change warnings from the past decade, offering a bittersweet note of victory to the former Vice-President of the United States, despite the glum news appearing on the large slide show behind him. 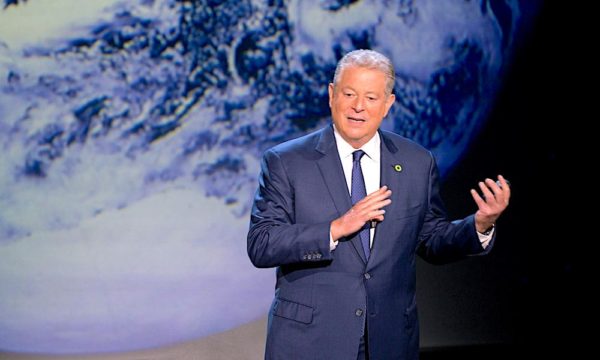 An Incovenient Sequel: Truth to Power divides its time between current catastrophes and revelatory statistics, all the while heading back to some of the more sobering predictions from the original film. Filmmakers Bonni Cohen and Jon Shenk adeptly edit current events, drawing a parallel between naysayers’ dismissive rhetoric about the risks of climate change versus the cold (or, as is the case here, warm) hard facts about the daily ecological disasters hitting the planet, from stronger hurricanes to rising sea levels and melting ice caps.

The sign of the times start to show on the environmental crusader as he explains his frustration over the lack of progress over the necessary change over to renewable energies. Some time is spent visiting the events of the Paris Agreements conference in late Fall 2015, with several hurdles appearing in the way of major nations signing the agreement to greatly reduce its emissions and commit to renewable energies by mid-century. India appears as a reluctant player, due to its high reliance on coal for its energy needs. 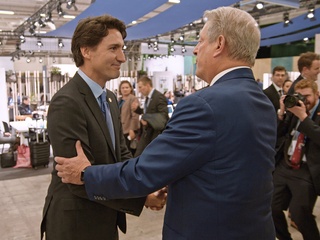 Back room deals are made to offer credit and affordable solar panel tech to wean them off gradually so to allow them to consent to the accords. Against a backdrop of violence (the conference had taken place following the mass shootings at a Paris nightclub), the agreements come as a tentative sign of hope for international unity on the matter.

That is, until the film draws to an end with recent post-election updates that goes to show just how quickly bureaucratic lag and corrupt politics can set back progress, with the epilogue announcement that Donald Trump opts to have the U.S. pull out of the Accords by 2020, a move which affects Gore further, given the effort put into advancing education and design on renewable energies up to this point.

A sobering, frustrating and yet hopeful insight into mankind’s inevitable mission mandate for survival, An Inconvenient Sequel: Truth to Power should become required viewing for young minds in schools the world over, if only to impress upon them the need for immediate change.

'Now on Blu-Ray: An Inconvenient Sequel: Truth to Power Offers Facts Over Fake News' has no comments