There’s something to be said about the unique experience of viewing an eclectic drama the likes of David Lynch’s Twin Peaks. With its quirky narrative style, its haunting synth tones and mind-warping twists, it was a refreshing alternative to the primetime pablum from 1990 television.

Though much different in several aspects (not to mention a closer cousin to the show’s one-time theatrical outing, Fire Walk With Me), this much-awaited sequel, dubbed “The Return” or a “Limited Series Event”, definitely captured the ethereal nature of the original, providing a rewarding experience for hardcore fans while still offering a tasty glimpse of what newcomers missed the first time around. 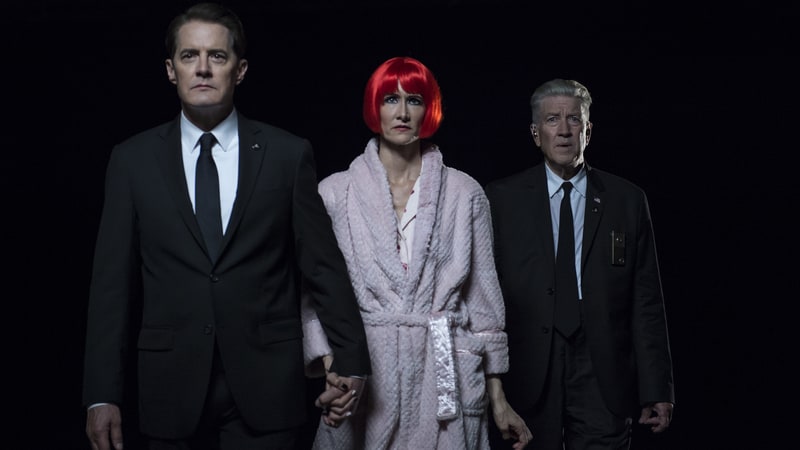 Though it’s a bit ironic that the show takes place 25 years after the end of its original 90s run, that time gap feels all the more eerie when Lynchian devotees begin to recall one of the Laura Palmer doppelgangers’ last words to Cooper (Kyle MacLachlan) inside the Red Room in the 1990s finale (“I’ll see you in 25 years” but spoken in that creepy faux-reverse voice.)

With its premise split between the town of Twin Peaks, a most bizarre subplot in Vegas along with interstitials anywhere from New York City to the otherwordly Black Lodge or the mysterious Red Room, this new installment of Twin Peaks – all eighteen episodes directed by Lynch himself, I might add — feels both familiar and yet new, with no rhyme or reason given or telegraphed as so to keep the audience guessing and discussing for years to come, should they opt to doso as they did the original 30-episode run a quarter century ago.

A large majority of the original cast is back, bringing a welcome sense of nostalgia to the piece, while other, long overdue elements are brought in either as red herrings or as rewards for loyal fans. Oh, look, there’s Laura Dern playing the oft-mentionned but never seen or heard assistant Diane. David Lynch, himself a usually rare appearance as FBI Assistant Director Gordon Cole, plays a major part in this follow-up; not to worry, there’s still the bizarre Others, like the Woodsmen and BOB.

And yes, Laura too. 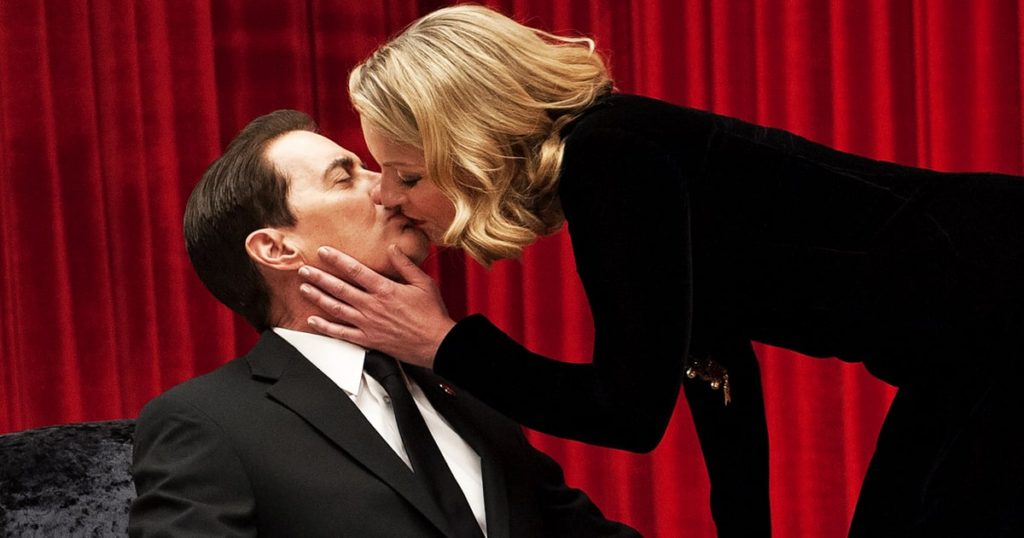 Without giving all the secrets away, here’s a basic overview of this latest run: Agent Dale Cooper (MacLachlan) is still trapped in that interdimensional place called The Black Lodge, while some of his doppelgangers are out in our reality, committing crimes or living in suburban bliss in Vegas – at least sort of.

Very much aware of the existence of this other plane of reality, Gordon Cole (David Lynch) and Albert Rosenfield (the late Miguel Ferrer, in his final role) seek out Diane’s help in reaching Cooper in order to bring him back.

Meanwhile, back in Twin Peaks, Sheriff Harry Truman’s brother Frank (Robert Forster) and his deputies investigate strange goings-on in the nearby woods, being drawn to The White Lodge. Other locals pop in and out of scenes but don’t get much screen time and feel underused. Here’s hoping a possible Season 4 gives them a chance to shine. Either way, it’s good to see them again.

In Vegas, a barely communicating, quasi-catatonic but good natured Cooper doppelganger named Doug-E Jones finds himself embroiled in some shady affairs via a pair of casino owner brothers (Jim Belushi and Robert Knepper), after he wins thirty jackpots in a row. Much more is involved as failed assassination attempts fail to write him off as part of some fraudulent scheme, but I’d be lying if I told you it made total sense.

As is customary of Lynch’s works, not everything is as it seems. Some elements might be connected into a later whole and some other instances might be incuded just for the sake of mystery and surrealism. Not everyone’s cuppa tea. 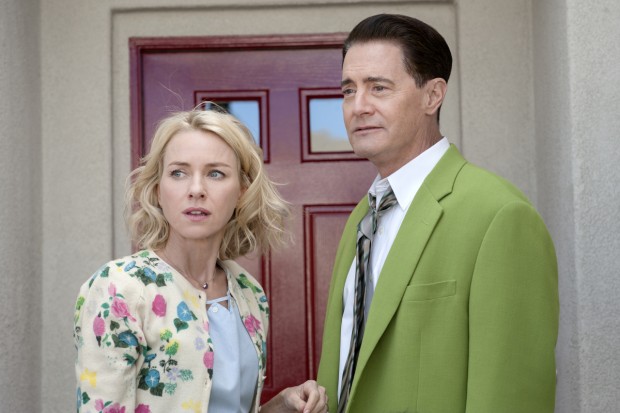 Analytically, a thorough argument in favor of or against this experiment could populate entire websites devoted to its every meaning and trivial tidbit. Personally, I reveled in the show’s unique brand of odd, surrealist disconnect from mainstream narrative. I took pleasure in missing so many of these actors, many of them semi-retired since the original run, like old friends found again, as if suddenly located on Facebook.

The season’s bizarre finale may dissapoint many seeking a sense of closure.  Alas, that ain’t the Lynch way, so expect a twist ending, one which may or may not promise a follow-up. I’m just happy to see more of this show.

(This is the spot where I normally include an

enticing YouTube clip, but in Lynchian fashion, I’m leaving it out in case you’re

new to this show or want to avoid spoilers. You’re welcome.)

(Now go and have a cup of coffee and some cherry pie.)

(The Blu-Ray extras are trippy, too. Weird, but informative.)

Whether it’s avant-garde, unexpected or downright against the grain, Twin Peaks will either entice you and make you want to dissect its every scene, or it will enrage you with its perplexing unorthodox tale. You’ll love it or you’ll detest it. There’s no middle ground.

Personally, I hope you’ll join the ranks and be one of us.

'Now on Blu-Ray: Twin Peaks Limited Series Event as Weird as Ever…Now with More Cooper!' has no comments