With the holidays over and a new year ahead filled with resolutions and renewed resolve, the question of “What Do You Feed A Vegan?” is bound to come up once again. The good news is that it’s possible to enjoy much of the same comfort food non-vegans eat, but with none of the meat, dairy or animal by-products like lard, refined sugar or honey.

Such a timely and fun resource can be found in Catherine Gill’s latest book, The Dirty Vegan Cookbook, Your Favorite Recipes Made Vegan. 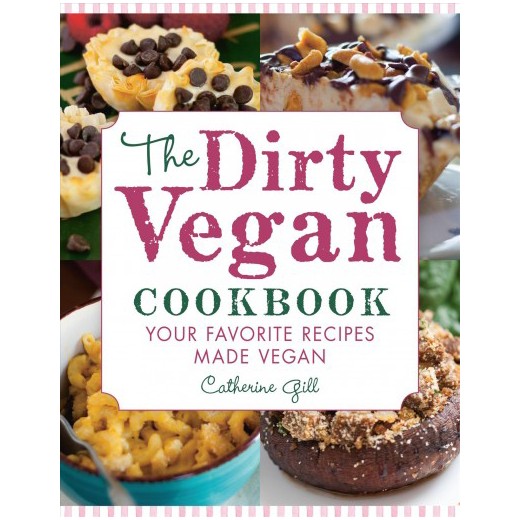 New England-based Gill is vegan, and an honest writer at that. When asked why she called her cookbook The Dirty Vegan, her response was clear: Vegan eating doesn’t necessarily mean “clean eating.” A plant based diet can also mean comfort foods, which the author provides in plentiful, colourfully photographed examples through her cookbook.

This 224-page tome makes for a great cookbook for people who are thinking of easing slowly into a plant-based diet, without giving up comfort foods like their Chicken Alfredo or New England Clam Chowder. Gill is a refreshing voice from other cooking volumes that focus on the health benefits of giving up meat and dairy. In fact, her blog, The Dirty Vegan , began as a mission to debunk the myth of a vegan diet as being limiting or restrictive. 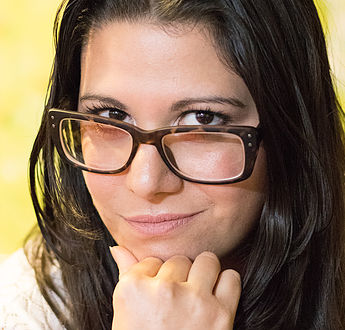 Writer and Vegan Blogger Catherine Gill. Photo Courtesy of the author, at TheDirtyVegan.com

With its user-friendly method that shows cooks at all stages of expertise how to prepare self-described “vegan junk food,” this book features recipes that will delight those looking for a guilty pleasure; this is not the type of guide for people searching for an elegant menu for brunch.

'Now in Stores: Love Junk Food But Want to Go Vegan? Try The Dirty Vegan Cookbook' has no comments