A great marketing move by Netflix during what turned out to be a great match up between the Philadelphia Eagles and the New England Patriots, the airing of what was once thought of as a possible summer theatrical release became available to Netflix subscribers right after the game.

What is touted as a must-see follow-up to the original Cloverfield film ten years later, The Cloverfield Paradox has all the elements of a tense, claustrophobic nightmare in space, yet its connection to the titular sleeper hit feels tacked on, almost as if someone had decided to splice some Terminator 2 footage in the last act of Robin Hood: Prince of Thieves back in 1991. Not that the plot of this release bears any resemblance to my example, but it does have the feel of a misshapen puzzle piece stored in the wrong box. 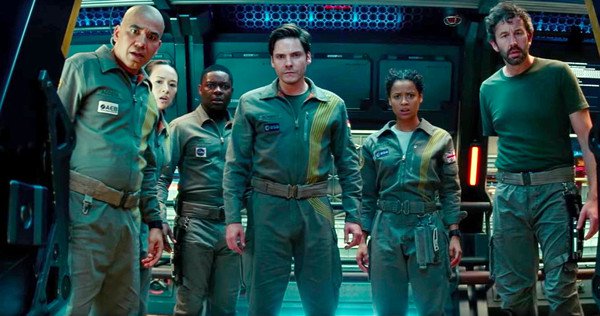 It’s a plot device we’ve become familiar with in this age of climate change and excessive abuse of the environment: our planet’s resources are dwindling, and countries are on the verge of war over what’s left of the world’s energy. A consortium of countries and their scientists and astronauts converge upon the orbiting space station Shepherd, where a new (albeit experimental) energy drive could prove the solution to mankind’s energy shortage.

Deemed too dangerous to be tested on the planet’s surface, the drive is being put through its paces in orbit, at least in theory. When a miscalculation creates an overload, the crew and its vehicle are transported…but where? After a bit of investigating – not to mention some pretty creepy onboard mishaps, the truth becomes all-too scary, as the possibility of having crossed the multi-dimensional barrier presents the threat of an invading species of alien…perhaps not unlike the one shot on homemade film by some New York City partiers years earlier? Or is this story happening alongside the first film? Who knows? 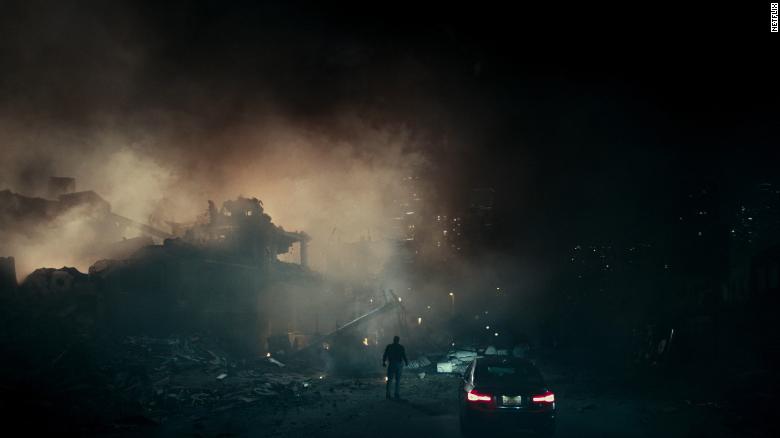 Something creepy – AND LARGE – walks by the neighborhood in an all-too brief Earthbound scene in THE CLOVERFIELD PARADOX, courtesy Netflix, 2018

As a space-based thriller about a misfit crew trying to survive mysterious circumstances in what is arguably the most dangerous environment known to man, The Cloverfield Paradox works effectively well. Where is suffers is in its tenuous connection to previous titles of the same ilk, where humanity found itself ivariably faced with large-sized alien visitors hellbent on widespread destruction.

In this case, that loose connection is deeply buried to the point of trivial irrelevance, in favor of a pro-active quest to save the Earth from its own abuse of its own resources. The possible parallel universe angle only serves as a cautionary tale of what might be – or might already have been tried — in other realities not dissimilar to our own.

The cast of well-meant actors game for the adventure at hand barely get a chance to flesh out their characters before being exposed to lethal scenarios. Designed as a diverse crew of international proportions, little is revealed about their backgrounds, making for easier expendability come crunch time.

By the time the dénouement offers sweet relief, you may very well find yourself remembering the film’s title, having all but forgotten the coattails on which this third installment presents itself.

In the end, the film is a mixed bag. Does it succeed as a tense space thriller? In its own weird way, yes, it does at that, at least to a point, one that Alien, Event Horizon, Supernova and many other sci-fi projects have driven home bluntly.
As a successful Cloverfield sequel, I’d venture the opinion that it has as much to do with its namesake as Captain America: the First Avenger has to do with Raiders of the Lost Ark. Same theme and era, sure, but completely isolated from one another.