As a simplistic yet effective sci-fi horror project helmed by, adapted by and starring The Office star John Krasinski and real-life wife Emily Blunt, A Quiet Place eagerly jumps into the fray using the less-is-more approach, using the premise of an alien invasion of Earth by a sound-sensitive predatory race, to turn a simple survival story into one of the most tense and captivating thrillers to grace the screen in years.

You must watch this film…only do so quietly, for survival’s sake. 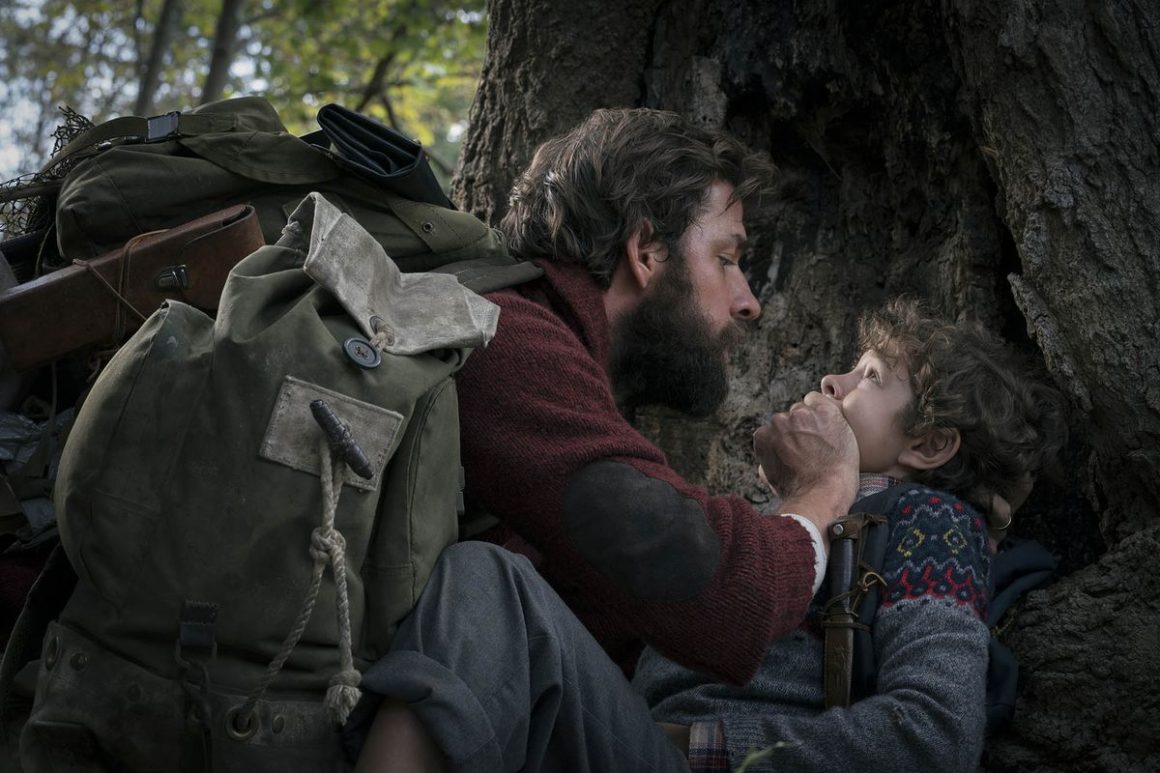 Set on modern-day Earth following the unexpected arrival of a predatory alien race that hunts based on sound echolocation, the film follows the day-to-day survival tale of the Abbott family, as they make their way from town to town, barefoot and without a sound, so to avoid being chased and devoured by the hunting creatures.

As Evelyn dreads the impending task — bound to be noisy one — of bringing a newborn child into this dangerous new world, can her husband find a way to figure out the creatures’ weakness while protecting his family at all costs? 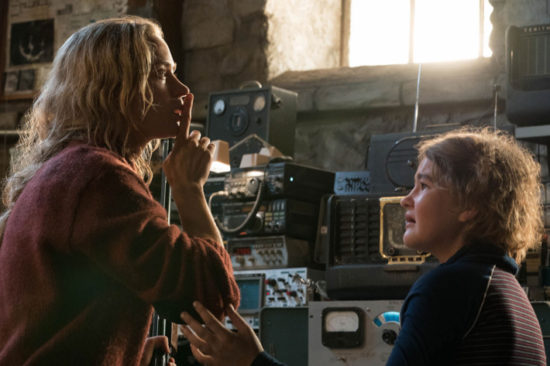 Emily Blunt and Millicent Simmonds hear the arrival of a predatory creature in the house, in a scene from A QUIET PLACE, courtesy Paramount Pictures, 2018.

There’s an elegance to this film’s simplicity of execution that makes it work flawlessly. But limiting the number of scenes in which the deadly creatures are seen rather than heard or implied, allows the audience to fill in the gaps with their worst possible fears, giving actor director John Krasinski a chance to tap into our fight or flight response to full effect.

Each scene is perfectly orchestrated as a game of cat and mouse, with the modern setting of 21st Century New England bringing a sense of possibility and immediacy to the story. Krasinski and real-life wife Emily Blunt are obviously believable as the protective couple hoping to keep their brood alive through inventive (and oh so quiet) means, but the stand out star of the film is young actress Millicent Simmonds, a deaf actress whose life experience clearly informed the filmmaker in his decisions during the film.

Add to this a farm setting rigged for silent running (with painted, crack-free spots to walk on and a clever lighting system designed to alert incoming threats by color alone), and you find yourself with a suspenseful locale where death lurks at every corner.

The Blu-Ray combo features an HD and standard DVD copy, contains a handful of featurettes including the cast’s sign language adventure adapting to the plot’s mostly silent premise, the concept of acting and directing a film which stars your real-life wife and interviews with the cast.
Given its elegant premise, its believable cast and its tour de force ensemble performance, A Quiet Place still ranks as my favorite film of 2018 by a comfortable margin. I strongly recommend you watch it in a dimly lit room, barefoot and without noisy snacks. Who knows…the predatory creatures may be nearby…
Verdict:

'Now on Blu-Ray: A Quiet Place an Absolutely Brilliant, Tense Thriller' has no comments