In these trying times marred by political turmoil, economic struggle and downright depression for the masses, along comes a soothing balm in the form of a much-needed sequel coming out December 19th, nearly 54 years after the original classic starring Dame Julie Andrews and Dick Van Dyke, amongst so many others. 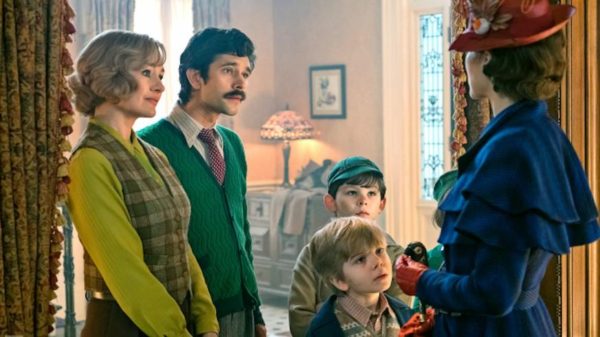 Now, several decades ahead in the narrative, a grown Michael Banks (Ben Whishaw) has fallen on hard time after the death of his beloved wife. With the support of his sister Jane (Emily Mortimer), Michael tries to raise his kid while staving off eviction. Along comes Mary Poppins, nary a day older, who returns in the Banks’ children’s greatest hour of need, hoping to bring them some much-needed light in dark times, with the help of Bert’s apprentice Jack (Hamilton‘s Lin-Manuel Miranda) and eccentric cousin Topsy (Meryl Streep.) 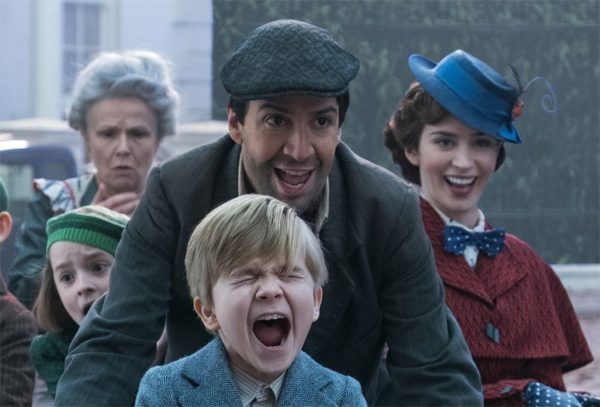 For those interested in some of the adventures lying ahead for the Mary and the Bankses, see the latest official trailer below, filled with songs, visual magic and of course, a cameo by Dick Van Dyke. No word yet on whether Dame Julie is to pop up, though that would truly be magical…

What are your thoughts on this latest incarnation? Do you think Emily Blunt is a worthy successor to Dame Julie? Are you glad to be back in last century’s London? What is your favorite part of the original, or this sequel? Let us know in the comments or on social media!

'Teaser Time: Come Fly A Kite as MARY POPPINS RETURNS' has no comments