We’ve all heard the various MacGyver jokes over the years: “Here’s an apple, a pen and some matches…now go build me a bomb!” The versatility with which the TV anti-hero, whose ability to create solutions to complex problems using everyday items became an 80s trademark in its own right, allowed the masses to coin the term “Macgyvering”, commonly used when working with less than ideal supplies and conditions.

With the success of the CBS reboot starring Lucas Till and George Eads now on the air, it made sense to go back and upgrade the classic 1985 series to the high-definition format, so to allow a younger demographic of millennials and Boomers/Gen-Xers the chance to discover what the hype was all about, at least before the character became known more for his flamboyant mullet than his scientific savoir-faire. 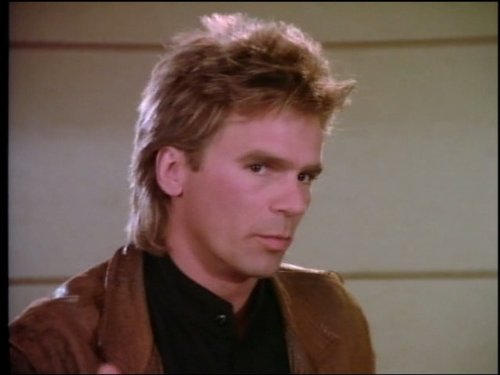 As one would expect from the mid-1980s, the series’ format usually dealt with Angus MacGyver (Richard Dean Anderson, later known as Jack O’Neill on Stargate SG-1) — a savvy former special ops type whose aversion to guns led him to become creative in his weekly crime fighting —  finding himself in the middle of a dicey situation, asked to save innocent lives from terrorists, some laboratory meltdown, Soviet forces, Middle-Eastern militants or even the Mob.

What made the character the most interesting was that he possessed a genius-level aptitude when it came  to applying physics and science to sudden crises, on the fly, using a minimal amount of resources on hand. Granted, it wasn’t so much that the world could be saved with duct tape every week, but the ever-changing premise allowed for the writers to get creative, putting Mac into the craziest of conundrums, usually one where a Swiss Army knife wasn’t always an obvious solution. Or was it? 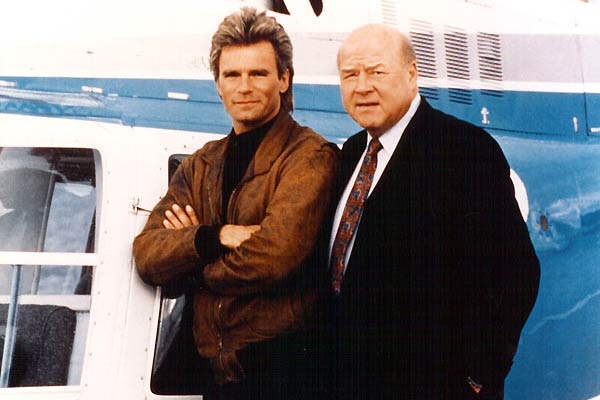 This introductory season came unpolished and underdeveloped, which was standard with most pilot seasons, before characters truly got a chance to be fleshed out and well-worn by its cast members. Richard Dean Anderson’s voice-overs were a welcome constant for viewers, an audio tutorial of sorts, allowing us to better grasp one’s chances in escaping such a deathtrap, should the situation ever arise.

The early episodes are self-contained and non-linear, taking Mac from Asia to New Mexico to Burma to Hungary and back to the States again. The 20-episode initial chapter in the series predated the later development of what was described as the Phoenix Foundation, the shadow organization of the U.S. government called in to solve issues when no one else can.  It also predates the appearance of frequent nemesis Murdoc, who wouldn’t appear until season 2.

Those with eagle eyes will spot series regular Dana Alcar (who later played Mac’s boss Pete Thornton on the show), in a different role during the first episode. Also, some stock footage of 70s films often got spliced in, when budgetary concerns didn’t allow for field shoots.

Despite all this, some great writing and a very game lead actor made for a fun action adventure, sort of an American James Bond, without the license to kill and if Q had gone to spy school instead of hiding in the garage building guns inside the panels of an Aston Martin.

A personal fave of mine shows up nine episodes in, with a story called The Prodigal, a mob-related tale about Mac helping an informant face his mobster brother, only for a hit to be put out on him as a snitch, with their mother restign on her deathbed. While the script didn’t necessarily take us across the globe on some exotic locale, it did highlight Macgyver’s empathy towards flawed individuals, and his vow to keep promises made despite the odds. 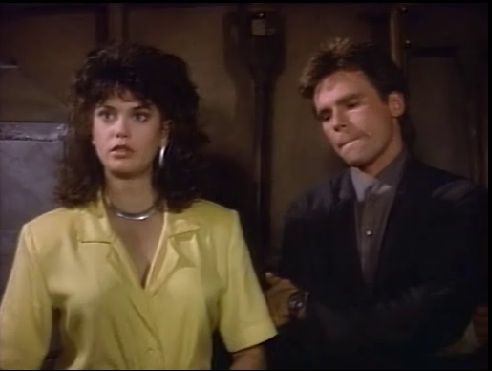 Think you recognize any familiar faces in the first run of episodes? Yup, that’s Teri Hatcher from Lois & Clark: The New Adventure of Superman and Desperate Housewives. Later on, you may spot character villain Vernon Wells, who also played the main baddie in the Road Warrior, a henchman in Innerspace and a cameo reprise of his Mad Max character in Weird Science. His bearded tuxedoed appearance here may be misleading, that is, if you’re too used to his manic mohawk warrior look.

The Blu-Ray set is sadly devoid of any special bonus features, which is a real bummer, but not too surprising, given that the products released in high-definition but stemming from the 1980s wouldn’t have planned ahead with such easter eggs given the era in which they first aired. All the same, it would have been nice of CBS studios to track down some special guest stars, if only to get their thoughts on the show and its legacy. Guess there’s always hope for Season 2.

'Now on Blu-Ray: Classic MacGyver Series Debut Hits HD Format in All Its Duct Tape Glory' has no comments