The long-awaited next chapter (or chronologically speaking, the previous?) in the Star Trek canon has now hit the home video format after a successful first season outing on the CBS All-Access premium channel, and like many of its predecessors, it doesn’t disappoint one bit.

Despite its different approach to the franchise.  Star Trek: Discovery offers plenty of new takes on existing Trek tropes, without feeling all-too repetitive. 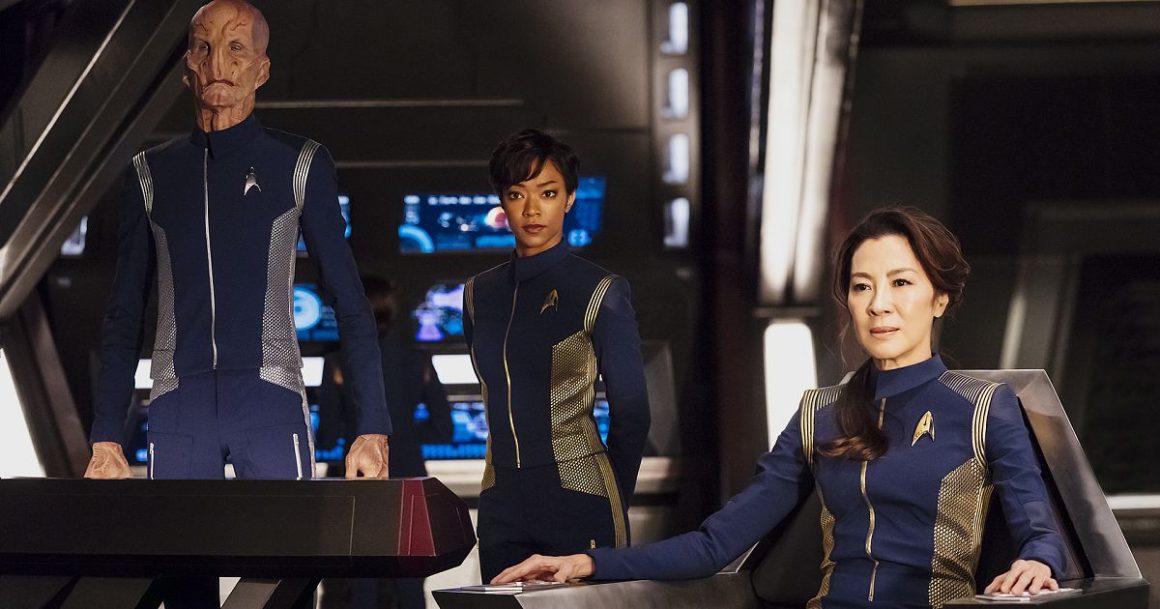 Set ten years before the days of James T. Kirk, Spock, McCoy and the legendary crew of the U.S.S. Enterprise, Discovery drops the audience smack dab in the middle of the rising conflict between the Klingons and the Federation, with the warrior race finding its purpose under one arrogant but ambitious leader, uniting divided houses.

Without giving away too much of the surprise plot twists that occur even from the pilot episode onward, suffice it to say that the promising Commander Michael Burnham (Sonequa Martin-Green, The Walking Dead) seeks to protect the crew and her captain on board the U.S.S. Shenzhou, ultimately committing an act of righteous mutiny that jeopardizes her career.

Court martialed and sentenced to life in prison, Burnham is soon drafted and recruited by seasoned captain Gabriel Lorca (Jason Isaacs, from the Harry Potter franchise), in command of the U.S.S. Discovery.

The maverick skipper offers Burnham the chance to redeem herself by helping his crew win the war by assisting in the development of a highly experimental spore-drive, a revolutionary prototype that could allow a ship to jump to any point in the known universe instantaneously, eliminating the need for warp travel.

Friendships are developed along the way, secrets are kept while others are accidentally revealed, as the Discovery crew faces challenge after challenge in battle with the Klingons, unaware of their enemy’s own secret plans to infiltrate the Federation fleet and destroy them from within. 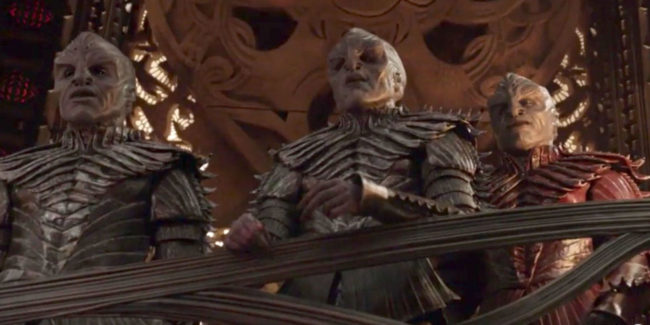 First off, the good stuff, which admittedly far outweighs the bad in this initial season…

Many would lament how a series set before the original 1966 series would look so spiffy, given its place in the Trek timeline.

Arguably, very much like the cinematic adventures set in the Kelvin timeline, this show wastes no time trying to argue a need to go back and justify the limited production values of the time when William Shatner and Co. played on board a colorful set that was era-appropriate.

And so, much like the last series Star Trek: Enterprise with Scott Bakula as captain of the first Warp-5 Earth Ship set nearly a century before this story, we assume that technology has progressed normally, hence the look and appearance of this ship and series.

Ditto the updated Klingon look, a slightly more feral looking bunch, though the frequent use of Mark Okrand’s franchise-wide dialect used in the majority of Klingon scenes adds what similitude one can find in an escapist piece of science-fiction of this caliber.

The producers and writers (which include Nicholas Meyer – helmer of Star Trek II: the Wrath of Khan and Star Trek VI: the Undiscovered Country – along with wunderkind Bryan Fuller – American Gods, Hannibal, etc…) try their hand at existing canon while finding new ways to delve into the lesser known characters.

By giving protagonist Michael Burnham an adoptive Vulcan upbringing under no less than Sarek (brilliantly played here by James Frain), the show quickly establishes itself within canon by connecting our heroine to her famous (yet absent) half-brother Spock.

Add to this some later elements involving unexpected jumps into the unknown (no spoiler here, watch and learn for yourself!), and this latest franchise quickly embraces the universe it’s set in, with all the great narrative toys that come with. Case in point: enjoy an early episode which re-introduces us to the nefarious and wily Harcourt “Harry” Fenton Mudd, played with panache and glee by The Office vet Rainn Wilson. 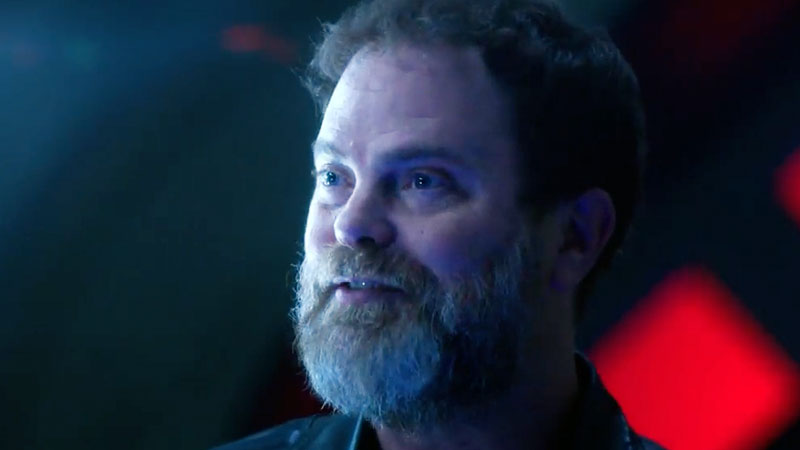 The show takes a slightly different route in its format, compared to its franchise cousins: there are very few standalone episodes, instead focusing on a season-long story arc which offers a much stronger and involved narrative. Whether later seasons continue this remains to be seen, but it’s certainly effective, not to mention addictive,

Habitual fans will jump up off their couch when they recognize certain names that come up in the credits; yup, that Jonathan “Will Riker” Frakes helming an episode near the end of the season, and you’ll also recognize Oscar-winning screenwriter Akiva Goldsman’s name as he steps into the director’s chair as well for an episode.

Regarding the bonus features in this four-disc set, there are alas no bloopers, but plenty of behind-the-scenes with the production crew as they explore the sets, costumes, prosthetic makeup effects and a handful of interviews with select cast members. Not bad for an initial season release, nut nothing to write home to Earth about via subspace.

Season two trailers have already hit the web, with the introduction of canon characters playing a major part in the story of pre-Kirk days. Should prove interesting, or at the very least, fascinating, as Spock used to say.

'Now on Blu-Ray: Star Trek Discovery Brings the Franchise Back to TV at Maximum Warp' has no comments