Without resorting to too many fishing metaphors, I must ask: just how sustainable is a DC Universe film about a man Ben Affleck’s Batman jokingly referred to as one “who talks to fish?” 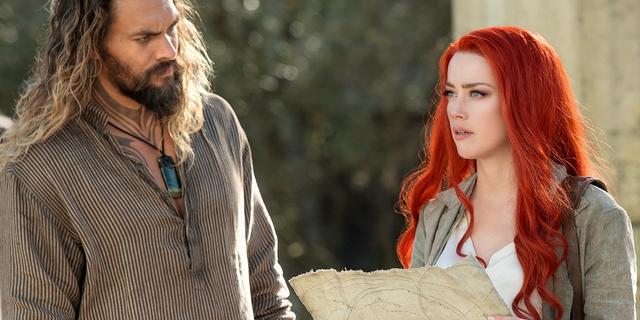 Not so much an origin story as more of a soft follow up to last year’s Justice League, this standalone story picks up a while after the League’s battle against Steppenwolf and his parademons. Arthur Curry (Jason Momoa), ever the outsider given his mixed heritage (half Atlantean, half-human), continues to protect the oceans against various pirates and other human-borne threats.

Unaware that a power struggle is happening down in Atlantis, Arthur is content with heavy drinking and carefree living, until Princess Mera (Amber Heard) comes ashore to warn him that his ambitious step-brother Orm (Patrick Wilson) is looking to unite — or at least overtake — the other sea factions and be named Ocean Master, in a quest to attack the surface world.

Hopping around the globe in search of an ancient artifact that could unite the sea nations and bring peace, Arthur and Mera race against time to stop what could easily become a catastrophic war, both above and below.

It’s safe to say that much of the film’s popularity and engaging charisma lies in its lead star, Jason Momoa. The happy-go-lucky, muscle bound Hawaiian behemoth infuses the Arthur Curry role with the same type of sarcastic, unpolished might we’ve sampled in Justice League, albeit with a bit more meat on the bone.

Some of the established narrative includes a brief, Splash-inspired backstory about how his mother Queen Atlanna (Nicole Kidman) and human father Thomas (Temuera Morrison) met by chance and fell in love, leading to his hybrid upbringing before the ocean politics stole her from his life.

Patrick Wilson provides a sadly wooden, one-note performance as the underrated Orm, not getting a real chance to burst out of his Orm character. Willem Dafoe plays the Royal Court advisor who also serves as a secret mentor to the young Arthur, while the biggest disappointment lies in the introduction of Aquaman’s comic book nemesis Black Manta, brilliantly played here by Yahya Abdul-Mateen II as a gifted weapons designer cum sea pirate, however his brief appearances make his inclusion into the film feel like a last-minute addition that doesn’t quite mesh with the plot thread. It’s a shame, too, because it’d have been fun to see how the villain’s single-minded mission of revenge could have made for its own film, rather than a shoehorned substitution.

Despite its quasi-Shakespearean narrative about rightful rulers, sibling rivalry and threats of war, Aquaman isn’t a good film, but rather a fun one. Its scope and technical achievements make for a Spielberg-level quality of filmmaking, so praise must be given to director James Wan for pulling it off, given its effects-laden, two-hour plus running time.

Look for a cameo voice appearance by Dame Julie Andrews in the second act, and marvel at how Momoa can bring dignity to an updated version of the much maligned orange and green suit.

'Now Playing: Aquaman As Rough and as Tough as the Oceans' has no comments