I may be in the minority opinion on this, but I feel that modern cinema should produce more Westerns.

I mean, with the resurgence of the genre via crossover sci-fi hybrids like HBO’s Westworld, as well as a handful of genre pics sporadically popping up in the last decade (think Unforgiven or Django Unchained), it’s simply a matter of returning to a film form and style that did so well for over several decades in the 20th Century.

Now, it’s really a matter of enjoying the ones made by established auteurs who are trying their hand at a new type of filmmaking, and see what comes out.

In the case of French director Jacques Audiard’s dark but semi-comedic The Sisters Brothers, the result is often uneven but still worth experiencing, with its modest cast of games actors trying their hand at good old 1800s gunslinging and bounty hunting. 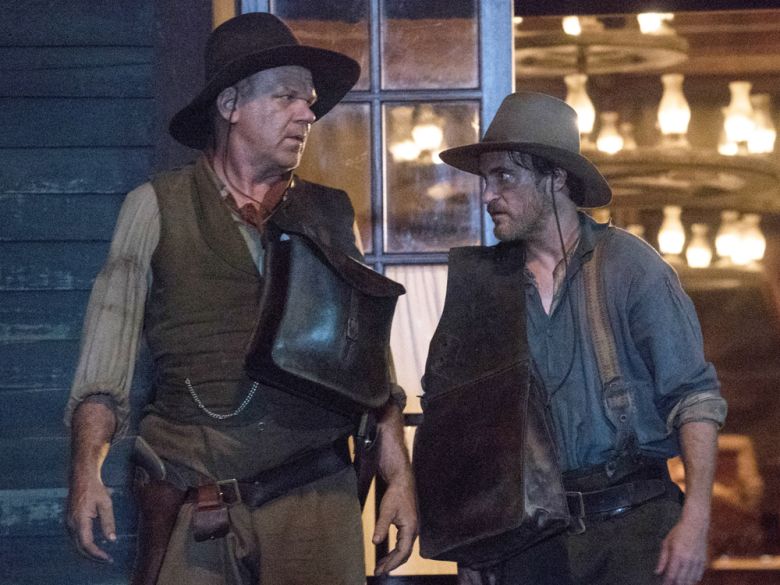 Eli and Charlie Sisters (John C. Reilly and Joaquin Phoenix) are seasoned assassins hunting bounty all over the Northwest on behalf of the wealthy and powerful Commodore (Rutger Hauer). Their latest target is one Hermann Warm (Riz Ahmed), a chemist on his way to the Gold Rush, who may possibly have devised a chemical mixture that would allow gold fragments to glow momentarily underwater, turning prospecting into a ost lucrative affair.

Also on the trail of this latest bounty is the highly educated and gentlemanly scout John Morris (Jake Gyllenhaal), who catches up to Warm ahead of the brothers, while keeping them informed of their mutual progress via wire.

When Morris soon turns sympathetic towards his bounty in order to share in the spoils rather than allow the Commodore the chance to use the formula, the race is on as the quarreling Sisters Brothers catch up to the pair, with many of their boss’s men hot on everyone’s trail.

Despite reportedly keeping close to author Patrick deWitt’s 2011 source material, much of the narrative seems disconnected and goes a bit all over the place. Casting Rutger Hauer as the all-powerful magnate behind the bounty, only to use him in only a mere handful of scenes, feels like a waste, as does the entire second act where we are treated to a series of brotherly misadventures (drunken nights, spider bites, bear attack) rather than having any form of progress as to whether the Sisters boys are anywhere close to catching up to Morris and Warm.

Had the film not included a red herring like a lucrative Gold Rush quest, the film might have had better flow had it kept focus on the interesting family dynamic between Eli and Charlie Sisters, their complicated home life and sibling rivalry. Instead, the story flow ping pongs back and forth to the less interesting scout/chemist pair, making for unpleasant disconnects from what could have been a much tighter and solid tale.

Also, don’t get me started on the very anticlimactic last act. I’m still not convinced that a reel was lost in transit, and more story could have been told by the end credits.

While the film wasn’t shot anywhere close to the film’s actual setting (with Spain and Romania standing in for the American Northwest), the photography is nevertheless remarkable, selling the illusion perfectly. Also, the interesting pairing of Phoenix and Reilly is quite believable and damn near enjoyable. The elder’s sense of duty and his melancholy over a lost love makes for a an interesting contrast against the younger, more impulsive sibling (Phoenix) feels plausible and familiar.

All in all, the film could have been much better organized and better focused, but seeing Phoenix and Reilly interact throughout the film wins over whatever shortcomings the project may have.

I’d have loved to see a different story being told with the same cast members, possibly as a film franchise. Alas, I doubt this will ever happen, and so we must make the best of what has been given here, and take The Sisters Brothers for what it is: a mildly entertaining Western with a shaky premise and some fairly decent characters, in a tale plagued by superfluous segues and a slow moving pace that is only redeemed by a steady offering of gunfights.

'Blu-Ray Review: The Sisters Brothers' has no comments