By Dominic Messier, Founder, Editor and Film Writer (Not to Mention Inveterate Trekkie )

Over a half century of stories born from a single TV concept imagined and retooled by a former airline pilot named Gene Roddenberry, who dared to dream about humanity having progressed past its petty differences and squabbles, enough to make it out in space and amongst the stars, both scientifically and diplomatically.

As of this writing, there are thirty seasons of television shows in the franchise, all the more bolstered by its cinematic incarnations. Sure, J.J. Abrams ingeniously revamped the franchise with a reboot and a younger crew, but most of us recall growing up with some form of Star Trek or another, namely the ten feature films starring the cast known from what is now dubbed the “Alpha Universe” (aka the William Shatner and Patrick Stewart years) as opposed to the “Kelvin Universe” (named as such due to the pivotal history changing event of the 2009 reboot.)

Any self-respecting Trek fan will have seen the entire run of films, but every so often, Paramount Pictures generously packages an all-in-one set that ensures viewers can get the full experience, bells and whistles included.

Imagine my surprise when I learned of another release of the original 10-film collection, which promises tons and tons of extras.

While I was disappointed to learn that this is merely a re-release of a similar package from about six or seven years ago, I can still vouch for its contents, now available again for a whole new generation of future Trek fans. 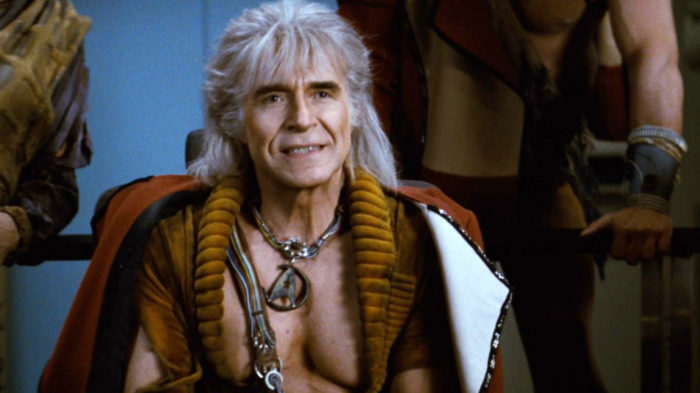 I mean, seriously, what isn’t there to love, here? Sure, there are many theories over whether the odd-numbered films are cursed with less-than-stellar (no pun intended) plot lines, but the real magic here is that all ten discs (with two extra ones for bonus features) include every single special add-ons from each release. We’re talking behind-the-scenes looks, original trailers, interviews and the like.

My recommendation? Watch these films again, not only in their 1080p high definition glory both sound and picture-wise, but do so with the audio commentaries. Most include a director’s feature-length audio track that proves to be a treasure trove of trivia in its own right. I highly recommend picking your favorite and taking in the movie with a whole new perspective.

The Nicholas Meyer track on Wrath of Khan alone, to me, is worth the price of this box set, but imagine this option on the other nine movies as well. Be it Nimoy, Shatner, Frakes or any of the other Trek veterans who’ve worked in front of and/or behind the camera, it’s simply amazing to find all of these titles in one nifty box.

Well, it’s not so much a negative, but many might be turned off by the fact that this isn’t exactly a new release with new content. A quick glance at the bonus features on the two extra blu-rays promotes films from 2012 and 2013, which match the previous dated release of this box set.

Trailers like World War Z and Star Trek Into Darkness come up in the previews, destroying the illusion that this is nothing more than a re-packaged offer, but still a worthwhile one, if you don’t mind that some of the extras include the last day of the Las Vegas Star Trek Experience celebration. Very fascinating stuff, given that the exhibit closed down….in 2007. 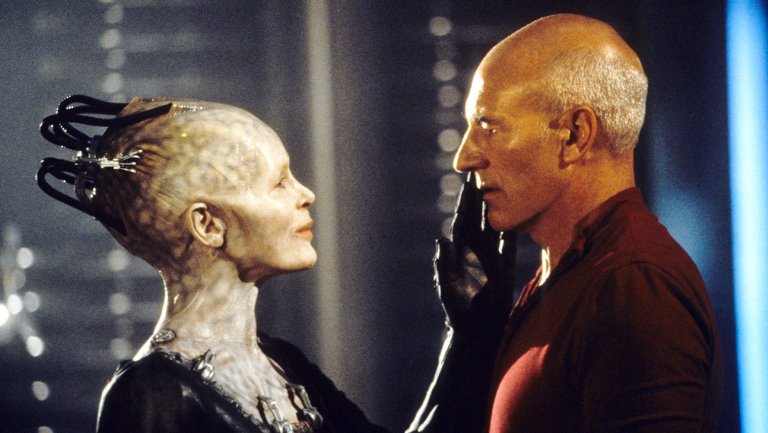 Given the re-release of an existing set with a different cover, it’s truly a take-it-or-leave it affair. If you don’t already own these twice over and missed the previous version of this movie collection, then I definitely lean on the “take it” side. The extras and commentaries alone are worth the reduced retail price, given the catalogue and their age. 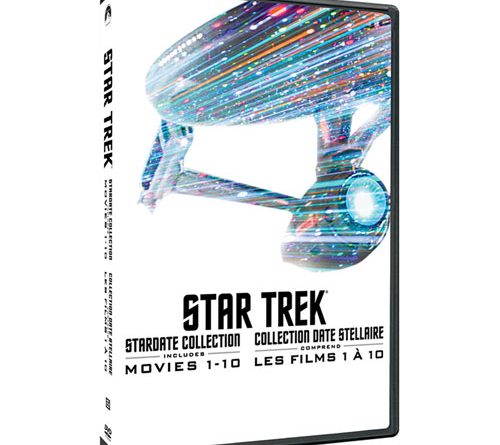 That said, I think it would have been a much stronger set had it contained the full range of films from both universes, the Alpha and the Kelvin ones, so that completists could thrive of an all-inclusive box. After all, with various reports coming in that some of the new leads like Pine and Quinto might be iffy about a fourth new Trek film, the thirteen movies could be all there is for the foreseeable future.

Which is fine, given that the franchise is seeing an amazing resurgence, what with CBS All-Access working on a slew of spin-offs set within the storied Trek universe.

So, yes. Love the collection, but putting a fresh coat of paint on a house you already own doesn’t make it new or that much different.