By Dominic Messier, Founder, Editor and Doggone It, Make Mine Marvel!

While highly anticipated and hyped over the past year since the opening salvo that was Avengers: Infinity War, the lengthy but oh-so-packed closing chapter Avengers: Endgame proves a well worn saying from the Star Trek universe, namely that the needs of the many outweigh the needs of the few or the one. And let’s face it. The final cut of this excellent product of many a Marvel Studios mind shows just how in tune with its audience the bullpen of writers at the MCU truly is. 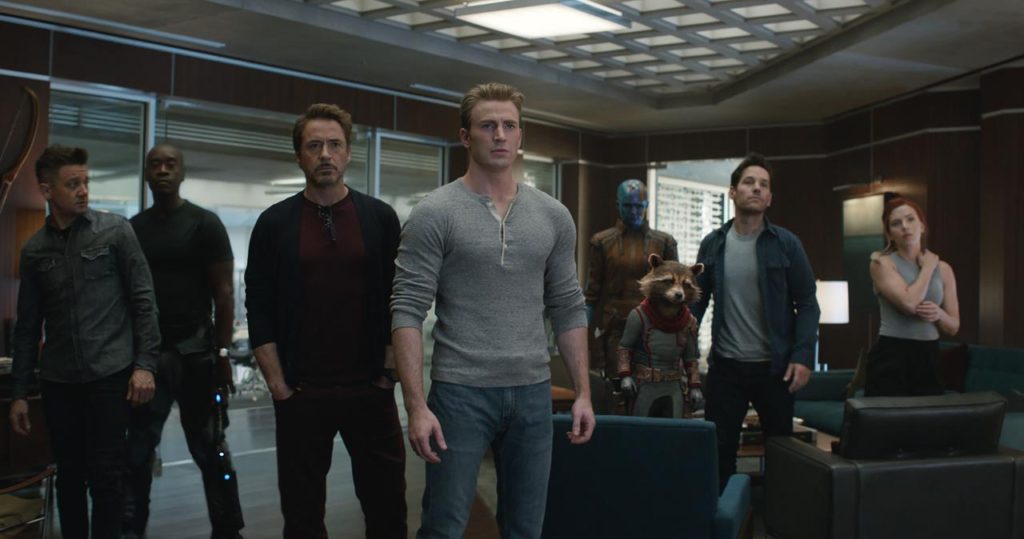 As we know, the Avengers’ team effort to thwart Thanos’ plan to halve the universe’s population due to finite resources, has failed.

(Writer’s note: Seriously guys, this is as spoiler-free as one can possibly get while making a critical analysis of such a plot-heavy film!)

Uhm, you’re kidding, right? This film un-apologetically wraps up a decade (or to the seasoned fan, 21 past films of the MCU.) There is no downside to this. Plot heavy? Yes. A bit long and unwilling to allow for a pee break? Verily. That said, once you see the film, you get on board with many reasons why the film couldn’t trim footage or cut corners in order to pay off and thank millions of loyal fans from the film class of 2008.

By Dominic Messier, Founder, Editor and Doggone It, Make Mine Marvel!   While highly anticipated and hyped over the past year since the opening salvo that was Avengers: Infinity War, the lengthy but oh-so-packed closing chapter Avengers: Endgame proves a well worn saying from the Star Trek universe, namely that the needs of the many outweigh the needs of the few or the one. And let's face it. The final cut of this excellent product of many a Marvel Studios mind shows just how in tune with its audience the bullpen of writers at the MCU truly is. To put it succinctly, Endgame feels akin…
Now Playing: AVENGERS: ENDGAME (Mostly Spoiler Free!)
Now Playing: AVENGERS: ENDGAME (Mostly Spoiler Free!)
Dominic Messier
User Rating: Be the first one !
Please follow and like us: