Think back on your favorite fanged fiction. The decade is irrelevant, be it Christopher Lee or Bela Lugosi or (shudder!) George Hamilton, everyone’s had their vampire fix either on the big screen or on their television sets.

As a guy born in the mid-seventies, I was ripe for the pop culture taking, with offerings like The Lost Boys, Fright Night, Vamp and Tobe Hooper’s TV adaptation of Stephen King’s Salem’s Lot.

Then of course, came that college phase where I started devouring all vampire fiction, especially that of Anne Rice’s chronicles, and the inevitable Hollywood production that followed, with Tom Cruise and Brad Pitt.

During that era, I’d been spending my summers away from the college university town I’d called home, and lived a vampire-like existence in Montreal, Quebec, where the social life scene included late nights at clubs, and in my case, also attempts to catch non-cable airings of CBS late night shows from a nearby Vermont affiliate.

Such an offering at the time was Forever Knight, a hybrid vampire/cop shows series that had been planned as part of the network’s “Crimetime after Primetime” airing block after the usual Letterman hour. 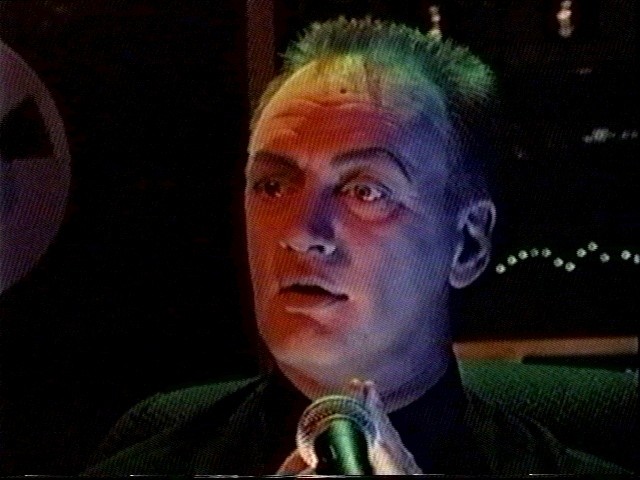 As the centuries of bloodlust and feedings went on, Nick decided he’d seek redemption for his sins by fighting for good and forever looking for a cure to his affliction, doing good where he could, assuming his maker wouldn’t be far behind creating obstacles to his quest to be mortal again. This brings us to 1990s era Toronto, Ontario, Canada, where Nick Knight (his current moniker) works the night shift, claiming a medical allergy to sunlight. He ends up partnered with the boorish Donald Schanke (John Kapelos, best known as Carl the Janitor from The Breakfast Club.)

This odd couple coupling fights crime and solve murders, mostly through Nick’s centuries’ worth of lifetime experiences (seen in the series through flashbacks), often with the moral assistance of human Dr. Natalie Lambert (Catherine Disher) and vampire cohort Janette (Deborah Duchene), who care for Nick but have agendas of their own. be it to keep him honest to his nature or to make him yearn for mortality, as it may. 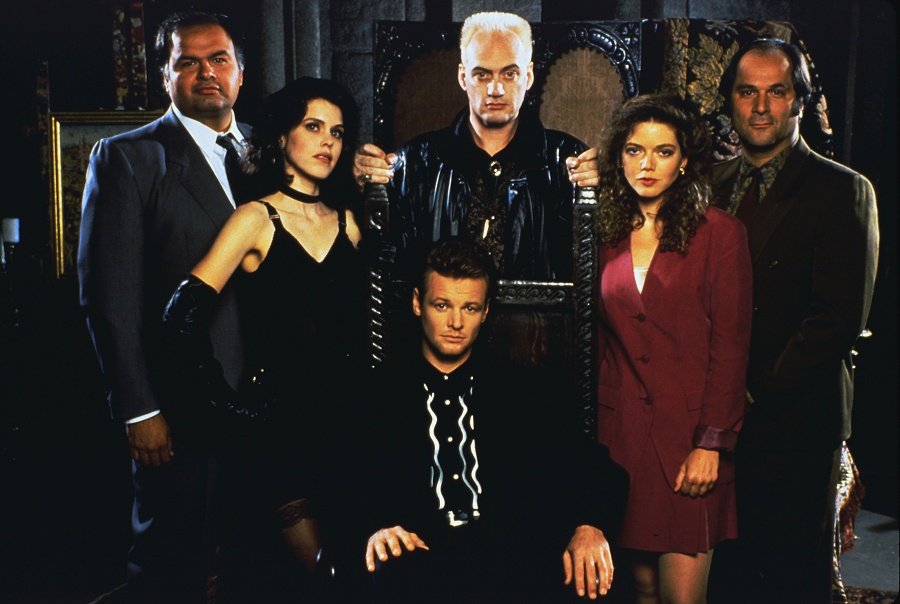 The series, unlike many others like it at the time and since then, was both filmed in and set in Toronto, which often passes for American cities for countless Hollywood productions. Forever Knight went the other way, and embraced the very Canadian setting, which included First Nations veteran actor Gary Farmer (TV’s Spirit Bay) as Captain Stonetree, and a who’s who of Canadian actors whose careers went on to similar works, including Torri Higginson (TekWar, Stargate: Atlantis), Maurice Dean Wint (Cube, TekWar, Robocop: The Series), Christina Cox (Blood Ties, Earth: Final Conflict), Nicole DeBoer (Star Trek: Deep Space Nine), George Buza (X-Men: The Animated Series), Carrie Anne Moss (The Matrix trilogy), David Hewlett (The Shape of Water, Stargate: Atlantis, Scanners: The New Order) and countless others.

The series had its ups and downs cast-wise, with some of the main players leaving the show a few seasons in, with John Kapelos being replaced with promising young actress Lisa Ryder as Nick’s new partner Tracy Vetter. The series also went through its share of police captains, with a change to Natsuko Ohama replacing Farmer as captain in Season Two, then Blu Mankuma taking over for Ohama in the third and final season. Add to this a secondary benevolent vampire named Vachon (played by Ben Bass), to allow some lateral supernatural narrative, and you had yourself a series that sadly stretched itself a bit too thin and offered a frustrating ending for many viewers who’d hoped for further adventures.

The DVD set has the advantage of not having been spread over multiple awkward sets as it had on Sony-released boxes in years past. The resolution is simple SD, which is not surprising given the era in which the show had been released. No bonus features here, though anyone interested in some background information can easily pull up some YouTube clips by numerous fan websites who analysed the show’s characters and various plotlines. Also, sad news for hearing impaired folks: no subtitles options. I couldn’t even get one to pull up using my HDTV’s closed captioning feature.

A dated but entertaining show that gave us a heroic vampire before the age of Angel or Blood Ties, Forever Knight should be enjoyed for its pioneering genre work, its impressive Canadian actor roster and its two leads. Nigel Bennett went on to win a Gemini award (the Canuck version of an Emmy, if you will) for his work as Lacroix, and it’s clear as to why. His regal, assured presence on screen made him a hypnotic presence in every scene, a worthy nemesis to Nick Knight’s conflicted and flawed hero.