After seven busy years solving crimes all over the greater New York City area, it was finally time to say goodbye to Sherlock Holmes (Jonny Lee Miller) and Joan Watson (Lucy Liu) as they faced one last enemy before moving on into the post-TV world. 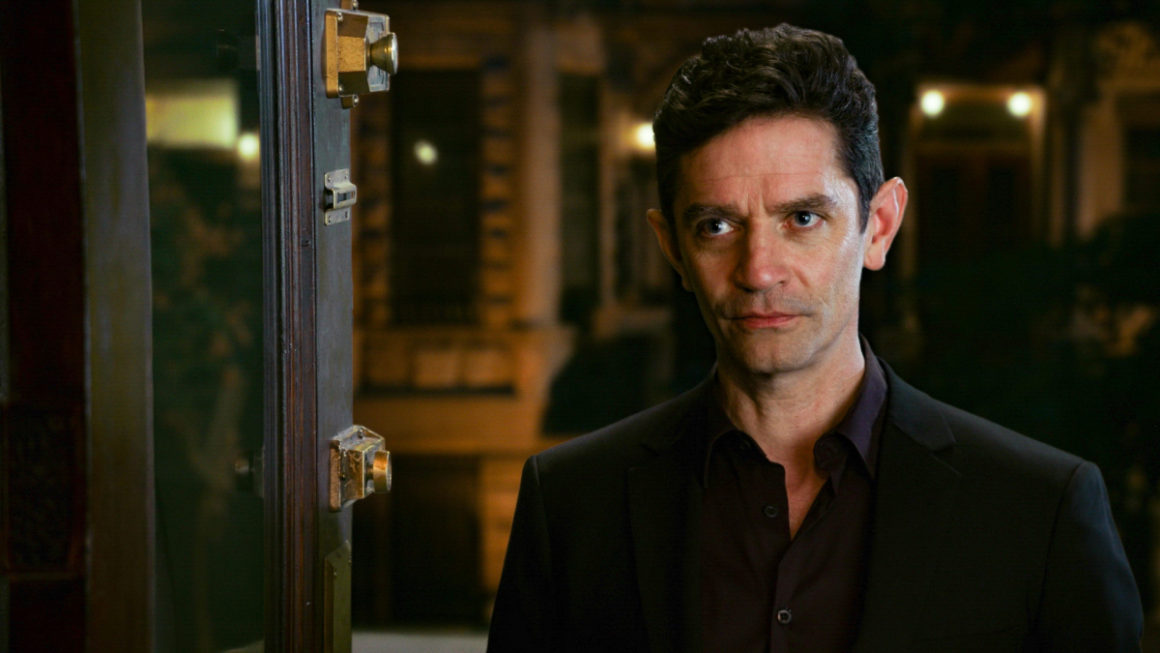 In a somewhat truncated seventh and final season composed of only 13 episodes rather than the customary 24, Elementary sought to close out some loopholes and dangling plot threads before wrapping up their TV run as the latest incarnation of the Sherlock tales. Opting to make a strong commentary on the current state of civic affairs by exploring the risks of social media, electronic surveillance and privacy breaches by giant corporations, most of the closing chapter of series pits Sherlock and Joan against bilionnaire genius and technology industrialist Odin Reichenbach (Star Trek Discovery‘s James Frain), who may have found a way to predict criminal behaviour by illegally tapping into user data to identify personality traits that may allow his software to predict criminal acts.

Of course, the ethical dilemma here is that the detectives find fault in Reichenbach’s decision to preemptively remove players from the chess board before they take action,  by having said would-be murderers killed off before they affect the many. A typical case of a morally corrupt choice in the name of the greater good, but not one Sherlock is ready to live with. 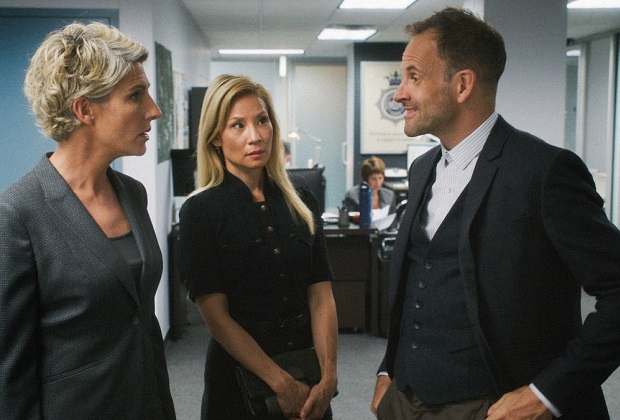 There is a rushed feeling about this final chapter that disappoints, in that the writers were forced to cram as much story into half the time normally allotted. The opening salvo of episodes scramble to explain a way by which Sherlock’s exile to England (after falsely confessing to a murder Captain Gregson’s daughter had been implicated in) can end by relying on father Moreland Holmes’ (John Noble) FBI connections to exonerate him, despite his innocence. This is a frustrating turn of events, since a final season set in London proper at 221B Baker Street seemed like a logical choice.

Rather than have to expense an overseas shoot in the UK, the producers instead backpedal into an implausible excuse to redirect the action to New York City, and launch the Reichenbach confrontation for the remainder of the season.

The idea of using a David Vs Goliath showdown between a billionaire and righteous detectives is clever at a glance, but sadly, despite James Frain’s commendable turn as the obsessive Odin Reichenbach, he feels more like a poor substitute for Natalie Dormer’s Jamie Moriarty, who appeared on the series on and off in about half a dozen episodes between 2013 and 2015, playing the double role of Irene Adler and Moriarty. Dormer’s absence from the rest of the series is deeply felt, and so a passing reference to her potential return by the final episode is squandered away, leaving us with Reichenbach as a lesser substitute.

(Editorial Note: Dormer was likely too busy having fun on Game of Thrones as Margaery Tyrell to reprise her role on this show, so we’ll give her a pass.)

Is this shortened swan song truly an affront to the legions of fans who’d remained loyal to the series since its inception? not necessarily. While it feels forced and rushed, we could only have hoped for future seasons, however it’s often best to quit while you’re ahead (we’re giving you the stink eye, Big Bang Theory and Law & Order) before a series writes itself into a sad corner which affects quality.

The series didn’t see a Blu-Ray release, instead relegated to the DVD format, which includes some deleted scenes, a gag reel and a handful of interviews with cast and crew about their favorite moments throughout the series.

The last few episodes of the show do pack an emotional wallop, with some great acting moments between Liu and Miller, which seems like a fitting goodbye between the pair. Whether it’s satisfying enough to quell any problems you may have with the finale’s delivery, we’ll leave that mystery for you to solve.

'DVD Review: Elementary The Final Season' has no comments