Of all film genres, the one that is arguably the hardest to pull of with any form of accuracy, is the war film.

Many have been made, only a handful are recognized as masterpieces of their respective eras, testaments to every major military conflict of the 20th Century, each a painful but important reminder of mankind’s folly in setting lines on a map, with thousands of young men sacrificed to political whims.

Steven Spielberg gave us Saving Private Ryan, a moving tale of family bonds and the importance of recognizing sacrifice back home; he also gave us Band of Brothers and The Pacific, HBO miniseries that took us from Europe to the other side of the world. Stanley Kubrick gave us Full Metal Jacket, while Oliver Stone visited the darker side of war with Platoon, Born on the Fourth of July and Heaven and Earth.

Most recently, British filmmaker Christopher Nolan showed a different facet of World War II with Dunkirk. Now, fellow Brit Sam Mendes (American Beauty, Road to Perdition, Skyfall, SPECTRE) takes us decades prior, showing us the importance on one man’s mission over an entire conflict, in the World War I drama 1917. As it turns out, it may be the best war film made in the last thirty years. 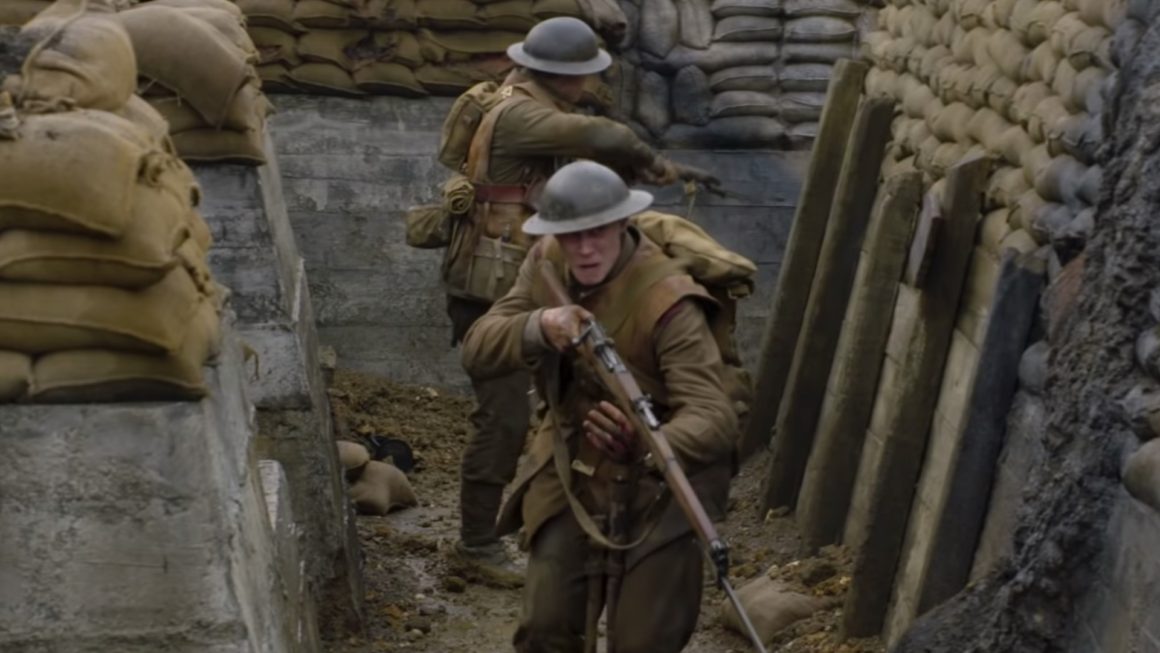 It’s Spring 1917 at the height of the Great War, and British forces are entrenched against German forces in Northern France. Two young soldiers, Schofield and Blake (George MacKay and Dean-Charles Chapman) are tasked with a singularly important mission by General Erinmore (Colin Firth): travel through No Man’s Land, across what are believed to be abandoned German lines, locate the 2nd Battalion and warn Colonel Mackenzie (Benedict Cumberbatch) not to engage the Germans, as new aerial intelligence shows them to be walking into a veritable massacre against forces 1600 strong.

Through miles of barbed wire, booby trapped trenches and enemy combatants ordered to kill the enemy on sight, a race against the clock begins to see whether both men will make it to their fellow men (including Blake’s own brother) in time to warn them of certain doom at the hands of the enemy. 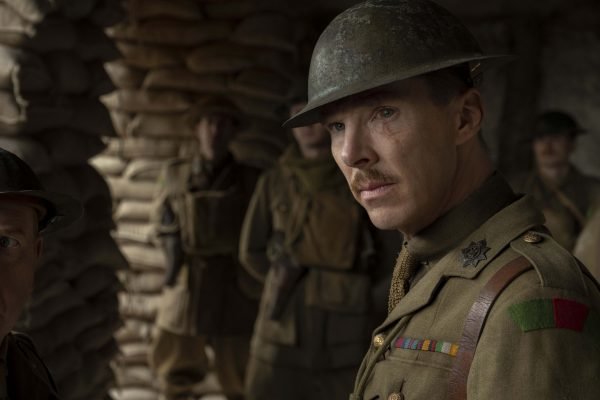 Though it may seem like this is yet another in a countless line of war films about the same subject, Sam Mendes’ approach to the story is both technically ingenious and follows a gripping narrative, based on wartime accounts relayed to the writer-director by his grandfather, Alfred Mendes.

By carefully editing the story to appear as one seamless, continuous scene, the film’s two-hour running time follows the main characters uninterrupted, with marvelously fluid camera shots and pans by cinematographer Roger Deakins that give us the impression of an omniscient narrator who watches their tense story unfold, blood, sweat, tears and all.

Also, by featuring two young British actors mostly known for minor roles in miniseries, indie films or TV shows (Chapman played baby faced Tommen Baratheon on Game of Thrones), the focus isn’t so much on a superstar’s performance, but rather on their characters’ evolution as they brave dangers ahead. In a brilliant bit of casting, their superior officers along the way are the creme de la creme of current British fare (Cumberbatch and Firth, Mark Strong, Andrew Scott from TV’s Sherlock), making for memorable interactions.

A seasoned film-goer’s eye will quickly notice where gifted editor Lee Smith will have used a foreground object to splice in what amounts to Deakins’ shots filmed over several months in the Spring of 2019, but the overall effect is seamless and quite effective. 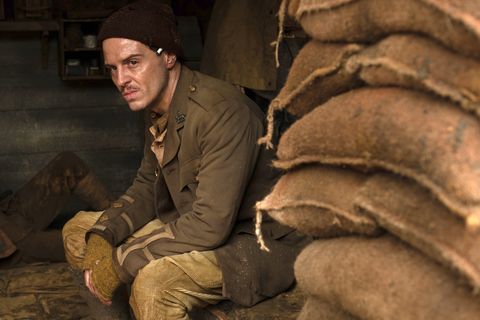 Those who are faint of heart, aren’t exactly able to watch war-borne violence or are usually the ones to turn away at the sight of scary or intense scenes may wish to pass on this film, as the suspense level is constant and highly realistic.

From sniper fire to suspenseful tippy-toeing through dug-in trench tunnels potentially rigged with explosives, those not into, say, Hitchcock-levels of slow burn crescendos of fear and anxiety will have a hard time enduring a two-hour long scene of nothing but more of the same.

It’s a foregone conclusion that 1917 will make quite a bit of noise during awards season, at the very least in the cinematography and editing categories. In any case, Sam Mendes has delivered a masterful bit of filmmaking, a novel narrative approach to wartime storytelling, a story that focuses on character and emotion rather than the flashy artifice of the genre, where the eye is usually drawn to epic set pieces (see the aforementioned beach scene in Private Ryan) rather than on the protagonist’s journey towards a singular goal.

You owe it to yourself to see this on the big screen, in one sitting. You won’t regret it.

Liked this review? Come discuss it below, or come visit us on Facebook by visiting the Skip It Or Love It page or over on Twitter! Comments and Share of this review are welcome!

'Now Playing: 1917 is a Visceral and Visual Narrative Feat' has no comments