We all know the theme song by heart. We all have a favorite classic episode, either it be about a monster on the airplane wing, a nearsighted man unable to read books in a post-apocalyptic world or aliens looking to cook…AHEM, serve man.

The original series’ five seasons, hosted by the show’s creator Rod Serling, gave way to countless genre anthologies, some better than others.

So, when comedian-turned-thriller filmmaker Jordan Peele (Get Out, Us) decides to revive the franchise yet again for a new generation of viewers, are we really in need of more stories in what should by now be an outdated concept?

The answer is a resounding YES! Though not for the sake of Peele’s recent switch to the dramatic and the macabre. 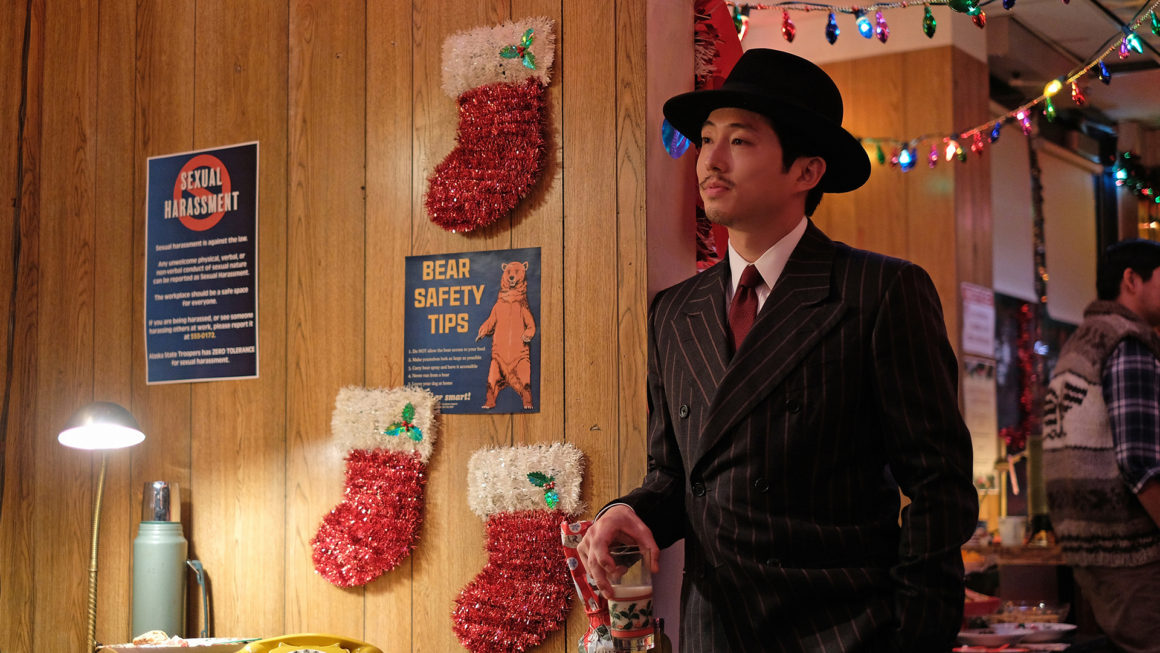 Steven Yeun as “A. Traveler” in a top notch episode of THE TWILIGHT ZONE, courtesy CBS/Paramount, 2020

Revisiting the franchise for the first time since the early 80s, in which the version had a a voice-over intro narration rather than a full-on screen appearance, producer Jordan Peele emulates Rod Serling’s famous intros by jumping into that week’s episode as a passive participant, breaking the fourth wall while explaining the players and the usually above average stakes for that week’s protagonist.

In true Twilight Zone fashion, success is never guaranteed, the outcome remains mostly unpredictable and each script offers either a fresh take on existing material (see a neat twist to “Nightmare at 40,000 Feet”, starring Adam Scott in the original William Shatner – John Lithgow role) or a new approach to the study of the human condition by way of morality tales ranging from rural America to outer space.

An assortment of established actors join the fray, among them Kunail Nanjiani, Sanaa Lathan, Glenn Fleshler, Greg Kinnear, John Cho, John Laroquette, Ike Barinholtz, Ginnifer Goodwin, James Frain, Chris O’Dowd, Zazie Beetz, Seth Rogen and Tracy Morgan. They join newcomers and excellent supporting players in bringing back the excitement of watching new tales of suspense, with its season finale even utilizing visual trickery to both include the late Serling, while also revisiting the site of a memorable episode from the original series (“Time Enough At Last.”) 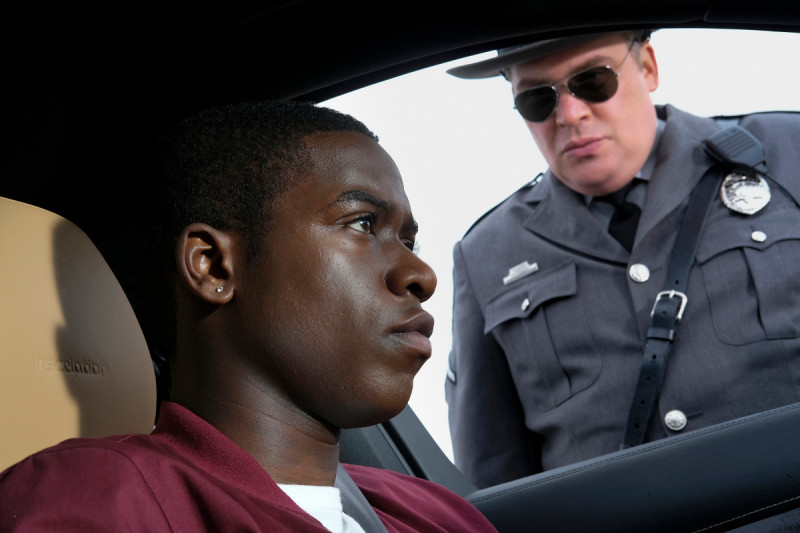 Story-wise, this first revival season offers a decent offering of stories that allow for a little variety without seeming repetitive or rehashed. Naturally, a couple of episodes stand out, namely “Replay”, in which a mother (Sanaa Lathan) drives with her son on his entrance to university, while being stopped by a vindictive and oppressive State Trooper, brilliantly played by Glenn Fleshler (TV’s Boardwalk Empire, Billions.) The twist involves the fact that the mother’s outdated camcorder somehow allows her to mysteriously rewind time, offering her a chance to change the outcome and possibly avoid the trooper in question, though not for lack of trying.

Another memorable piece is “A. Traveler”, in which an Alaskan State Police holiday party gets interrupted by the arrival of a mysterious man (Steven Yeun) who seems to know an awful lot about the town’s populace, though no one seems to know how he arrived at this extremely remote location on his own.

While it’s obvious by the production values that the show’s creators have upped the game considerably, the one stain on its concept is that of Jordan Peele himself. Whether it’s the fact that audiences are more comfortable seeing him play comedic bits opposite his former TV partner Keegan-Michael Key or not, the Get Out director can’t seem to pull off his introductory delivery, coming off as wooden and stone-faced. A great producer and director he certainly is, but no Rod Serling is he.

One appreciable plus here is that the show aired on the CBS All Access streaming service, which means the writers had no obstacle in peppering the character’s language here and there, as the script calls for it.

The show has already been renewed for a second season, and we can only hope to see more great and promising stories in the coming months. Those checking out this Blu-Ray release will be treated to extended scenes, featurettes on the effort involved in bringing back such an iconic TV property, as well as a very insightful piece called “Remembering Rod Serling”, a 37-minute mini-documentary about the show’s legendary creator, one which may have you checking out your local library for any biographical material on this fascinating trail blazer, who passed away in 1975.

There’s also an option for you to watch this ten-episode first season in black and white, which as a gimmick and nod to the original show is a bit hokey, considering we’re now treated to the HD format as offered by the CBS All-Access streaming service. But, to each their own, should that format change appeal to you, the Blu-Ray boxed set offers a duplicate of the season without color. 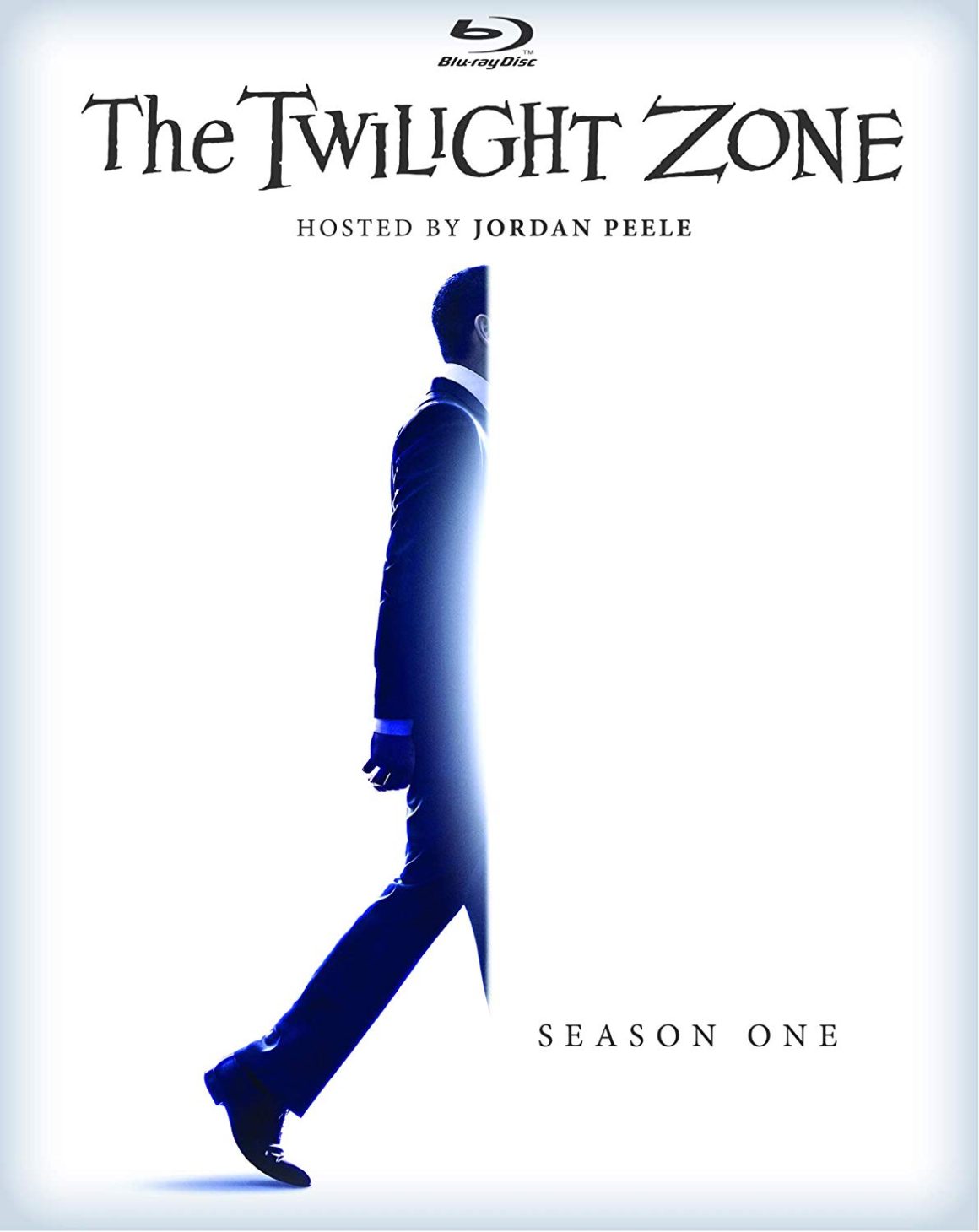