By Dominic Messier, Founder, Editor and Seasoned Kessel Runner (12 Parsec and Under Group)

As the old adage goes, “all good things must come to an end.” In terms of the Lucasfilm saga that began one fine Spring eve in 1977, one could argue that its closing chapter is a welcome one, despite some palpable franchise fatigue, even when peppered with memorable cameos and career comebacks.

Is the Force strong with The Rise of Skywalker? Well, that depends. At least it’s a step up from The Last Jedi, that much is true. 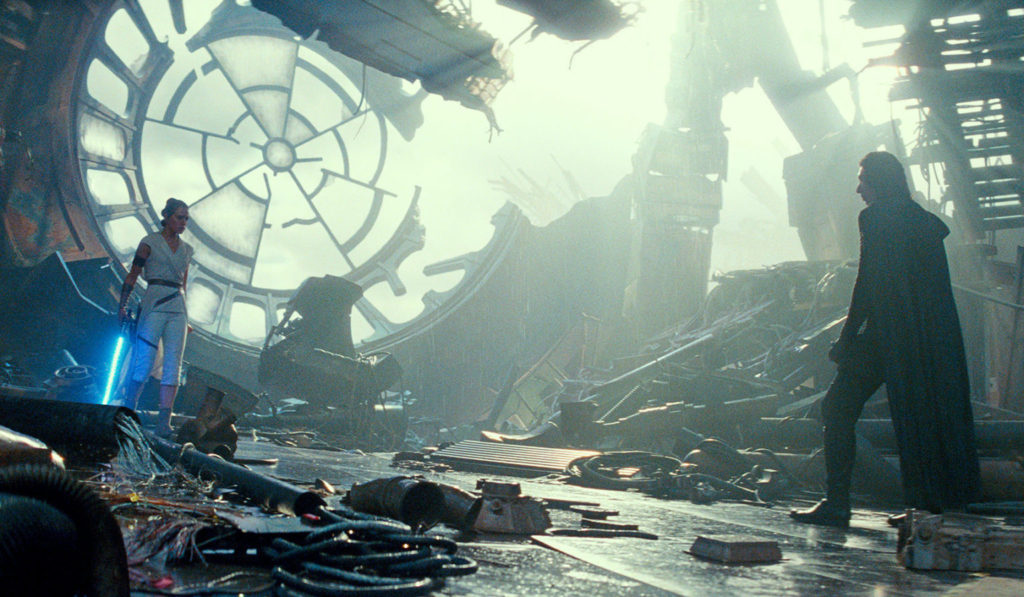 The rebel alliance  — or at least, what’s left of it after the pummeling they took in The Last Jedi — is still on the run from system to system, one step ahead of the First Order, with resources nearly depleted.

After a few perilous runs securing info from a possible spy within the evil armada, Poe (Oscar Isaac), Rey (Daisy Ridley), Finn (John Boyega) and the gang learn that a revived Emperor Palpatine (Ian McDiarmid) may be behind the vengeful plot to rid the galaxy of any opposition by unleashing the Final Order, a massive fleet of thousands of Star Destroyers each equipped with a StarKiller weapon (as seen in The Force Awakens.)

Palpatine’s machinations are designed to draw a disgraced Kylo Ren (Adam Driver) to the Dark Side once and for all, by having him tempt Rey towards their ranks, ensuring total domination over the star systems.

Of course, with guidance by Leia (Carrie Fisher) and a few other rebellion veterans (including Lando Calrissian, once again played by Billy Dee Williams), one last ditch attempt is made by the rebels to locate Palpatine and his Sith legion, in order to end the war once and for all.

Right off the bat, this ninth and final chapter in the Skywalker Saga has a few challenging strikes going against it, making for a decidedly upward battle, one that needed to ensure fan service as well as some plausible form of closure for viewers who’d invested a chunk of their lifetime following such a venerable franchise.

First comes the obvious fact that several of the key icons of the series has either been killed off or vanished altogether. Harrison Ford had a worthy and poignant exit in The Force Awakens, while Mark Hamill seemingly used up the last of his Jedi-power gas tank to project himself across the quadrant to give his friends a chance to escape.

This left Carrie Fisher as the long survivor. But how does one proceed to give fans closure when the very actress who portrayed such a feminine force of strength, leadership and moral compass through five movies, passes away unexpectedly before production even begins?

Well, as luck has it, this is the digital era, and literally anything is possible, if you put your mind (and some kick-ass software) to it.

Producer-director J.J. Abrams, along with young actress and cast member Billie Lourd (Fisher’s real-life daughter and executor of her estate, apparently) worked out a way to use existing, unused Leia footage from the last film or two, and implanted the late actress into scenes for this final installment chapter, with the screenwriters working ways to cleverly incorporate filmed dialogue into the new plot, also using some smart camera angles and sound-alikes.

Though not necessarily a flawless affair, it’s still a much better means to allow a character to fulfill her role in an ongoing plot thread, without having to rely on a worn “oh how we missed her since she mysteriously died off-camera sometime between Episodes VIII and IX” cliché.

This leaves us with the newer generation of actors picking up the slack, capably offering emotionally strong bonds when not bantering and quipping humorously while avoiding Tie-Fighters and Stormtroopers.

The return of the Emperor is a tad silly but nevertheless welcome as some key connections between characters are revealed, questions are finally answered and a tangible threat of galactic proportions brings both sides to the endgame we all expected but never thought we’d see onscreen after nearly 45 years.

The film’s release on Blu-Ray/DVD/Digital combo boasts a number of featurettes, chief amongst them a two-hour piece called “The Skywalker Legacy”, a memorable look behind the scenes of the most recent trilogy, but with enough archival footage from the original trilogy to make for pleasant viewing, with interviews with veteran crew members, producers, actors and the like.

Keen observers will notice some great cameos in this final film, including Denis Lawson’s return (albeit very brief) as Wedge Antilles near the end of the film. legendary composer John Williams in a cute alien bar moment and Warwick Davis and his real-life song in a brief walk-on role as the Ewok Wicket and child. Oh, the geek trivia of it all. Yay! 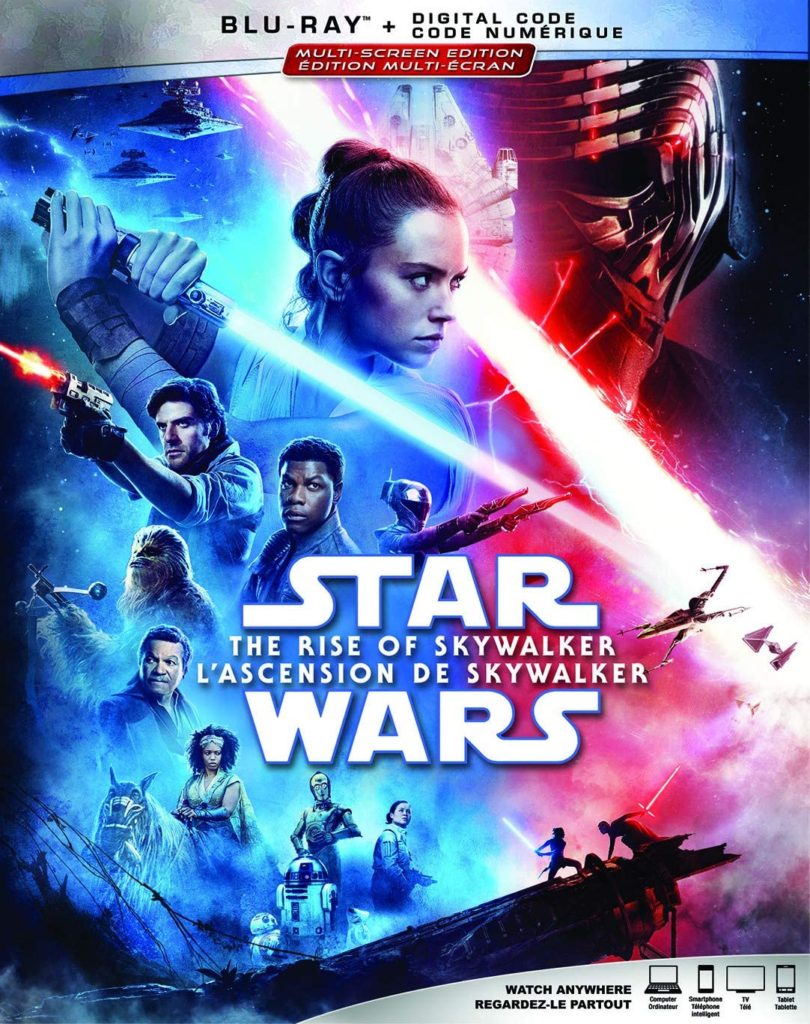 'Now on Blu-Ray and Digital: Star Wars Episode IX: The Rise of Skywalker' has no comments