Just think of it: The Muppets have been in existence for nearly 70 years. They’ve been a constant in our pop culture awareness, going back to their modest beginnings in a small TV show called Sam and Friends in 1955, later gaining greater fame through bit parts on Sesame Street, only to get their own variety TV show in 1976.

It didn’t end there. A series of spin-offs and one-offs came and went, with The Muppet Movie (1979), The Great Muppet Caper (1981) and The Muppets Take Manhattan (1984). These lovable misfits even had a Saturday morning cartoon, Muppet Babies, which remains a cult hit for many Gen X-ers with fond memories of their adventures into the cinema hits of the time.

Their presence continued into the 1990s with two more shows (The Jim Henson Hour, Muppets Tonight) and three other films (The Muppets Christmas Carol, Muppets Treasure Island, Muppets from Space.)

As is the way in show business, mergers and acquisitions occur, in this case leading to the purchase of the Jim Henson Company to the Disney conglomerate in 2004. While the House of Mouse didn’t go nuts with a slew of projects following the sale, a handful of titles were released, 2011’s The Muppets and Muppets Most Wanted in 2014.

So what was the logical next step in a franchise that had every incarnation possible to date? Well, since they’d already done the vaudeville theater format with The Muppet Show and the television station form in Muppets Tonight, it only made sense for their latest outing, Muppets Now, would be set in the present, where programming occurs online, for streaming audiences. 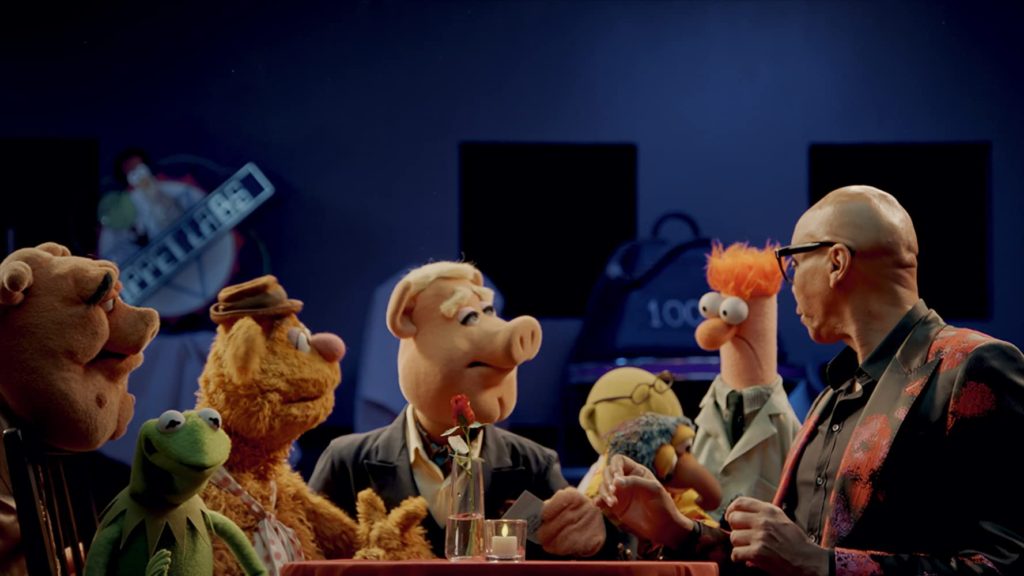 The Muppets gather around Kermit and RuPaul to ask the actor all sorts of questions in MUPPETS NOW, courtesy Disney, 2020

Amazingly, the vignette/short concept, as is the popular trend with online social media, lends itself perfectly to this latest incarnation. With each of the first season’s six episodes being roughly a half hour in length, the premise sees technical producer Scooter trying to upload finished skits to the server, not unlike Disney doing the same to its Disney+ streaming service.

Of course, all of the characters wish to be well represented on the site, so the beleaguered tech guru gets blasted with endless message pings by the cast, with notes or ideas on new segments and bits.

What makes this latest version work best, however, is its improvisational format, with much of the dialogue remaining unscripted so to get genuine reactions from the guest stars. This allows for much flexibility on the part of the remarkable cast of voice and puppet actors, with returning veterans like Bill Baretta, Matt Vogel, Eric Jacobson and Dave Goelz reprising some of the major voices of the show, along with new performers coming in for additional characters.

Gone are Jim Henson (who passed away in 1990), Frank Oz (who left the franchise in 2000) and several others who’d helped build the franchise up to this point, but the current cast does a great job at inhabiting the roles, having some creative fun as they go. 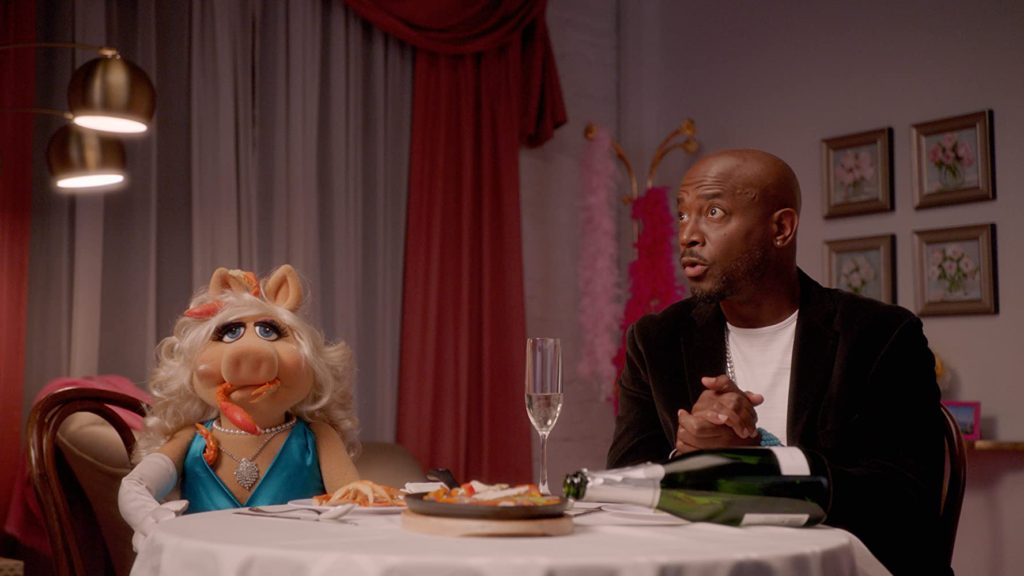 The current format (at least for the first season) is set up with three to four segments per show. Recurring bits include “Lifesty(le) with Miss Piggy”, where the diva tries to impart tips on being the best “moi” possible; “Okey Dokey Kookin”, where Swedish Chef faces a culinary opponent for a recipe showdown; “Mup Close and Personal”, where Kermit interviews various celebrity guests; “Pepe’s Unbelievable Game Show”, where the cool king prawn makes up the rules as he goes, much to Scooter’s dismay; “Muppet Labs” brings back the incendiary experiments concocted by Bunsen Honeydew and his unfortunate assistant Beaker. You get the idea. 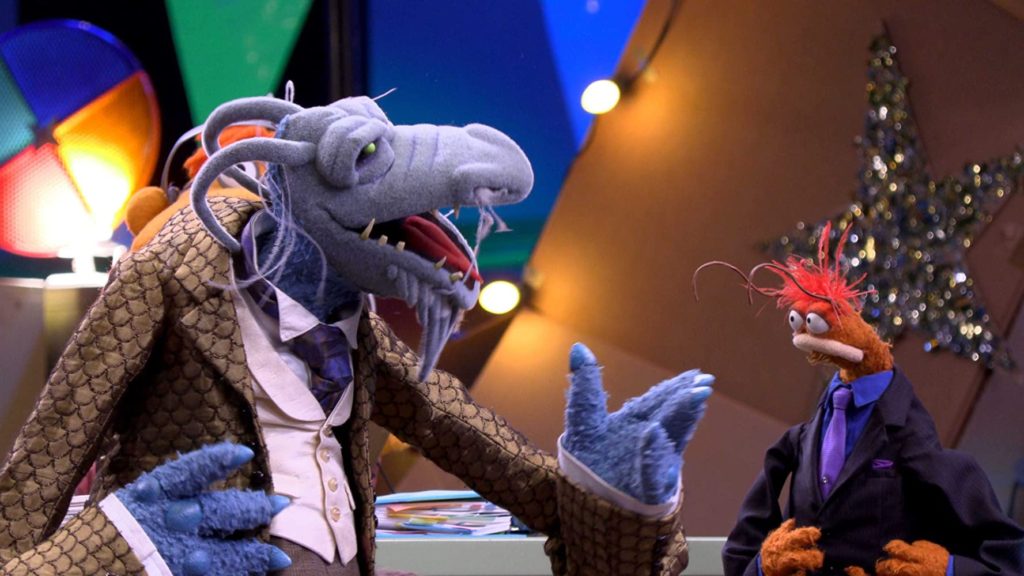 Of course, like any project, there are some ups and down, with some hits and misses in the first few shows. Most will need a few episodes to get used to Matt Vogel’s voicing of Kermit, since Steve Whitmire’s previous work had nearly and flawlessly duplicated the late Jim Henson’s inflections and mannerisms in previous projects. That being said, he does warm up to the role within a handful of bits, and manages quite handsomely.

Other actors like Bill Baretta and Eric Jacobson bring back favorites like Fozzy, Pepe, Animal and Swedish Chef, bringing in a much needed dose of familiarity with beloved characters who haven’t aged as the audience has.  The framing device utilized here makes for fast and easy viewing, and should prove a winner for Disney+, as they hopefully introduce later seasons on their streaming service.

Is Muppets Now an improvement on previous iterations? Not necessarily. Does its loose and edgy improv style seem appropriate for the franchise? Absolutely. You’ll surprise yourself as you laugh out loud at some of the segments and just how zany and funny they can prove to be, if you only give them a chance.

I did, and I was pleasantly crying with laughter by the end of the first episode. Now, it’s your turn.

(New episodes air every Friday on Disney+, with a first season of six shows planned.)