During this period of pandemic-related lockdown, it’s not surprising that, given the delays with new Fall TV shows having fallen behind production schedules, that most of us would decide to revisit some older TV properties, if only to keep cheerful and relatively sane.

A great way to escape the daily grind is to enjoy some mindless cartoons, or at the very least some throwback to our childhood, when things seemed simpler altogether.

As such, it’s great to know that Warner Home Video opted to reissue the classic Hanna-Barbera animated series The Flintstones, dated stereotypes and all, for the enjoyment of the masses who grew up with some of their more popular catchphrases, while also marveling at how the people of prehistoric Bedrock managed to survive while in use of the most unusual ofcreature-powered appliances.

So, with the highest resolution and picture quality this show has ever seen to date, and with 166 half-hour episodes ready for downtime consumption, all I can say is: Yabba Dabba Doo, indeed. 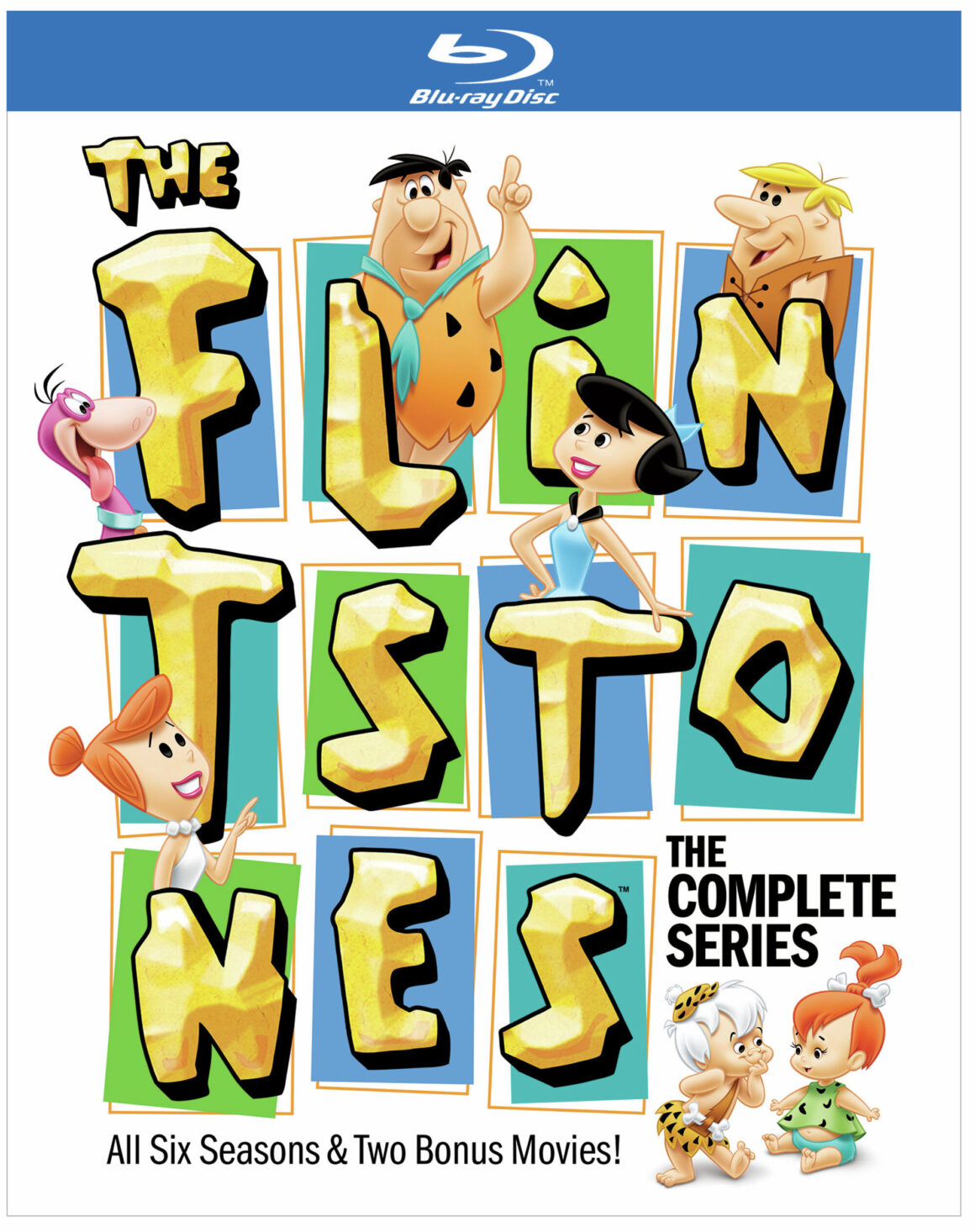 Unless you’ve been living under a rock (see what I did there? Little bit of Flintstones humor for ya), you probably already know that leads Fred and Wilma Flintstone (voices of Alan Reed and Jean Vander Pyl) are married and eking out a living in prehistoric town of Bedrock, next door to neighbors and pals Barney and Betty Rubble (Mel Blanc and Bea Benaderet). Fred is a (brontosaurus) crane operator at the Slate Rock Company, and Barney works an office job at the Granite Building. Essentially, from episode to episode, their loving and caring wives (homemakers both) usually keep the boys out of trouble from one episode to the next.

Throw in their weekly bowling or meetings of the Loyal Order of Water Buffaloes, and you’ve got a decent idea of the routine these characters get into. Of course, the pair tend to try and attempt new and interesting things, that is, when they’re not being visited by weird characters (The Great Gazoo being chief among them), mostly to disastrous results. 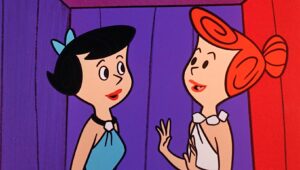 For audiences of the period, it was hard to ignore the obvious parallel to the incredibly popular sitcom The Honeymooners, which starred Jackie Gleason and Art Carney, but set in prehistoric times and in a crude but efficient animated format. Much to their credit, The Flintstones managed to become a primetime animated series during its 1960-1966 run, before moving onto syndication in households of the 70s and 80s as either an afterschool solution or a Saturday morning addition to the block of animation for youngsters.

The humor in each episode is easily identifiable and relatable, mostly due to the animators and show creators’ ideas for showing us the stone age equivalent of modern conveniences, most of them happily veering into nonsensical absurdity.

My personal favorite is the introduction of Harvey Korman as the voice of the Great Gazoo, a controversial choice, because many feel the introduction of a space alien visiting Earth’s past took away from the simplicity of the show’s premise, however others like myself will argue that Korman’s comic timing, not unlike that of his longtime comedy partner Tim Conway, enhanced the comedy factor and made for interesting interaction with Fred and Barney.

It had been a while since I’d had a chance to truly sit down and enjoy this older classic, but given the Blu-Ray set’s extensive content, there was no way to miss the chance. Yes, many of the bonus features included on several of the discs are a bit dated (though I did enjoy the vintage tutorial on how to draw Fred), but the inclusive set also includes two movies and an unaired pilot short where the leads were called The Flagstones.

The set include original episodes on 10 discs in full 1080p HD at the original 1.33:1 TV aspect ratio (which means that the black bars on the  are normal as to reflect the TV format of the time), with incredible picture quality and crisp sound despite being offered as a 2.0 Dolby Digital mono format. While there is obvious graininess and some blotches to the backgrounds (this was decades before CGI, after all), you can tell that someone put in love and effort for the source material to clean it up as much as humanly possible for new audiences to discover.

Keep in mind that the show, for all its humor and inventiveness, is also a sign of its time, when men went to the office and women were encouraged to stay home and raise babies and make a loving home, none of which the producers of this Blu-Ray deny (a disclaimer before the main menu states as much), but all the same, as a piece of animation history, it’s good to see such a voluminous collection made available, previously on DVD but now in an enhanced format.
(Note: We wish to thank the great folks at Warner Home Video for allowing us gracious access to a screener copy of this collection for review purposes, and wish to note that the opinions and comments made in this review are that of the writer and website, independently of the studio.)

'Now on Blu-Ray: The Flintstones Complete Series Celebrates an Animation Classic' has no comments