By Dominic Messier, Founder, Editor and Fan of Things That Fly Safely

We’ve all seen variations of the worst case scenario when it comes to flying, be it a mid-air hijacking (see Air Force One) or something very odd looking on the wing of the plane (just ask William Shatner and John Lithgow in their respective roles on The Twilight Zone show and movie.)

For 20th Century pilots (especially wartime-era crews), the concept of a gremlin, a malicious and destructive creature rumored to gum up the works and causing all manner of malfunctions on board, was a superstition, a bad omen at best, an easy excuse to blame mechanical defects on in the heat of battle.

But what if the myth was actually real, and such a nasty creature was to wreak havoc at the worst possible time in enemy territory? That, among other, more tenuous plot elements, is the premise of Shadow in the Cloud, a hybrid of action and horror thriller, one with a touch of female empowerment thrown in for good measure. 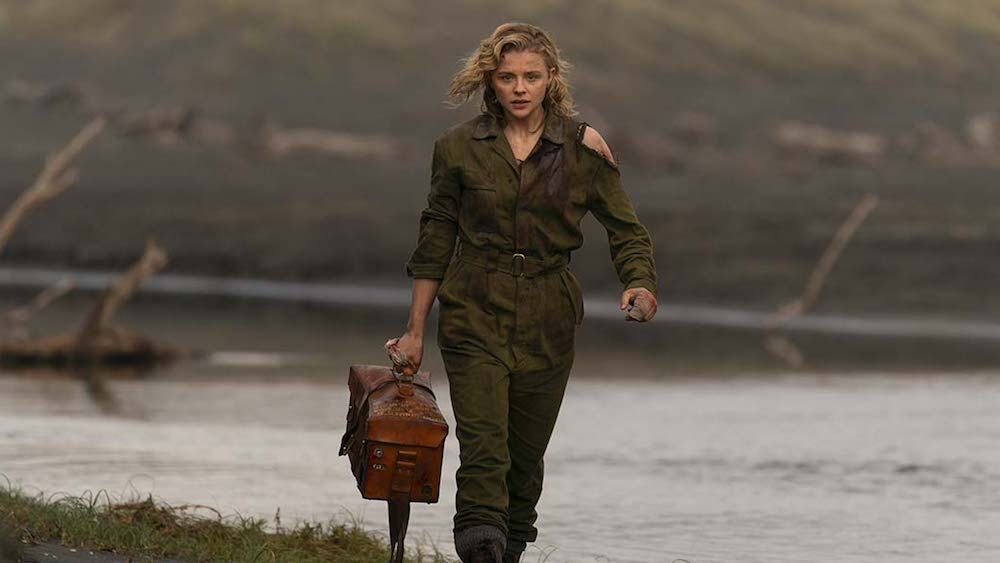 The story focuses on Maude Garrett (Chloe Grace Moretz, Kick Ass, Carrie), a British female flight officer hitching a ride on a WWII bomber traveling from New Zealand to the Samoan Islands. Tasked with a carrying highly confidential package on behalf of a high ranking general, Garrett is met with hostility and misogynistic derision as the plane takes off.

With no one taking her seriously, as well as having been forced into the ventral gun turret without her package, Garrett must soon convince the crew that she’s spotted Japanese enemy craft…until she notices something more insidious crawling along the undercarriage of her own transport.

A hostile situation becomes even more dangerous as she tries to defend the ship from this menacing creature, while also contending with an increasingly paranoid and distrusting crew. Is she delusional? Is she who she says she is? What exactly is in that confidential package? Is she or it responsible for the goings-on aboard the struggling bomber? 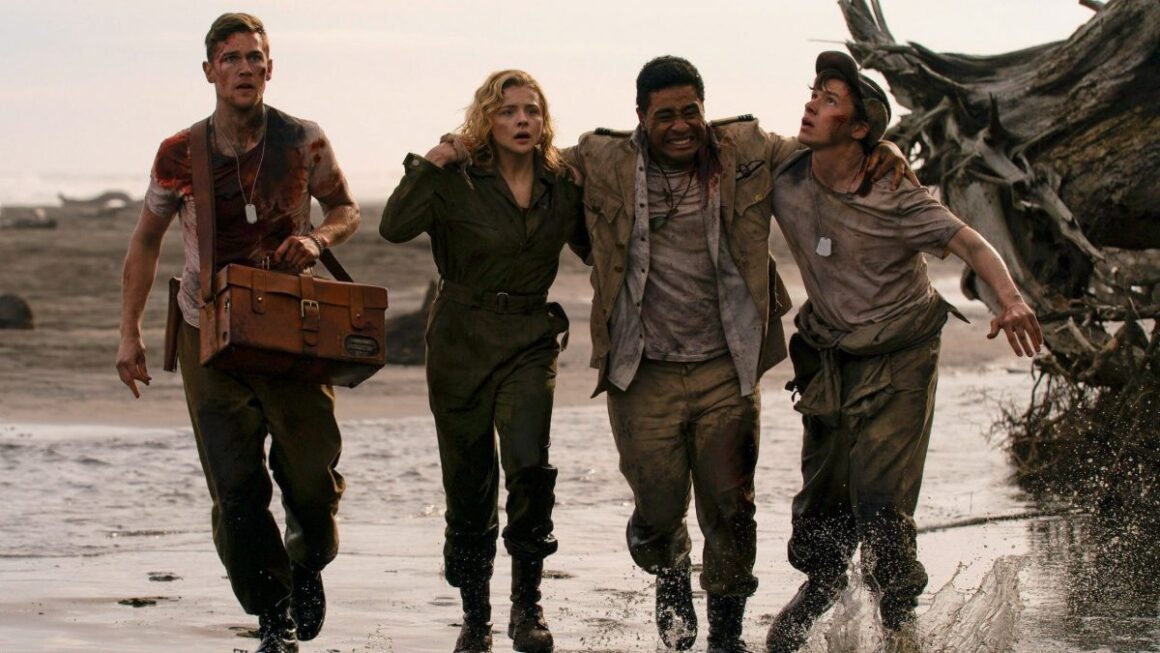 At first glance, the story seems like pretty standard horror fare, with the obvious threat of a mysterious creature only adding to the sense of danger in the first act. That’s when the plot thickens, with hidden motives, subterfuge and potential treachery coming into play. It would have been enough to have a fanged, man-bat looking vermin trying to crash the plane by going bonkers on the machinery in mid-air; the fact that this story occurs in the South Pacific at the height of WWII suddenly seems secondary, if not trivial.

Lead star Moretz performs adequately as the beleaguered heroine with possible hidden motives, while the rest of the cast, or as little as we see of them when they’re not solely interacting with their female co-star via radio, are relegated to very minor (read: expendable) roles while we rejoice in the inevitable Garrett/gremlin showdown.

The film is to be literally taken quite lightly: the film even opens up with quasi-expository footage from the Looney Tunes short “Falling Hare”, where Bugs Bunny faces off against a much cuddlier version of the aerial varmint. The entire premise, even with its intent of adding intrigue and drama to the whole affair, is played for the sake of an adrenaline rush. One might even consider this a 20th Century equivalent of Aliens, what with its disposable crew and strong female lead. All we’d be missing is a feline sidekick.

It’s no surprise that the film easily won the Midnight Madness voter prize back in September 2020, given that only three entrants were submitted. All the same, Shadow in the Cloud is a satisfying yarn, if you don’t waste too much time bogged down with little things like plausibility, realism, faithfulness to war film tropes or common sense.

All in all, the movie plays out like an Indiana Jones story: a lone hero faced with overwhelming odds, yet able to overcome enough adversity to kick some supernatural arse.

(Shadow in the Cloud is in selected theatres and on VOD in some North American markets.)

'Now on VOD: Shadow in the Cloud' has no comments