By Dominic Messier, Founder, Editor in Chief and Occasional Spymaster

Summer blockbuster season can be a mixed bag. What exactly do I mean by that? Well, for one, it’s a pay off for the many of us who’ve drooled over teasers for months, even possibly a year before the actual release date. For another, it’s something to look forward to during the colder seasons, given that most major studios tend to keep their tentpole titles in reserve for that sweet summer season, where much of their revenue comes from.

But what if the stakes are too high, or if your movie is part of a larger canon, one that’s generated billions upon billions of dollars worldwide, with nearly two dozen movies under its umbrella? Should the film amount to more than just what the trailer implies?

In the case of Black Widow, I’m sad to report that the mission critical target is missed by quite a bit, with the red-haired heroine’s backstory coming up too little, too late. 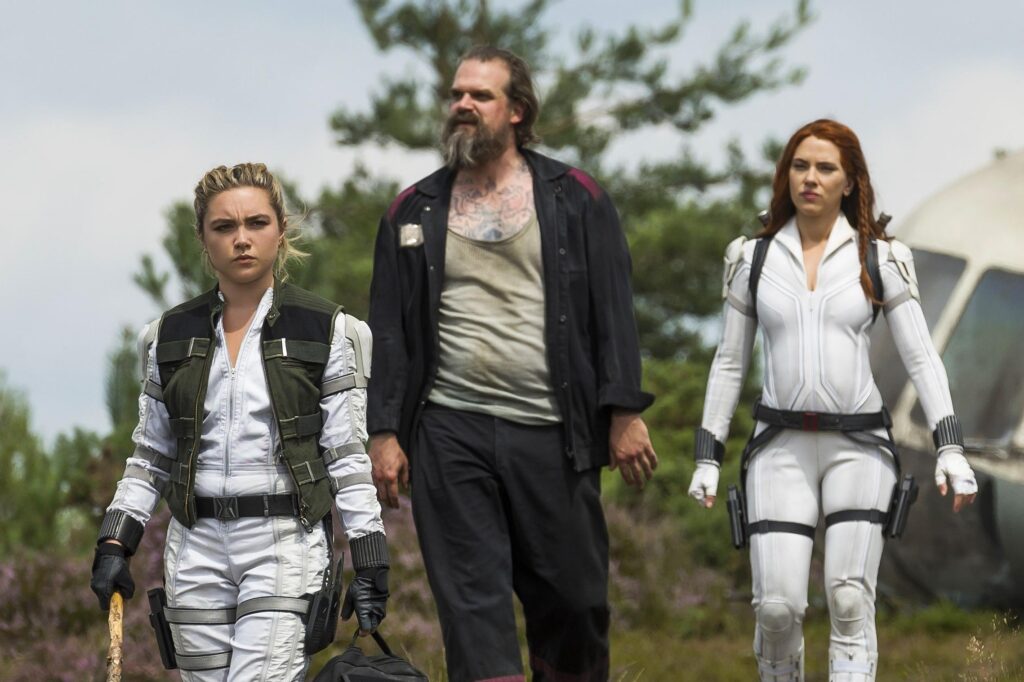 Set between the events of Captain America: Civil War and Avengers: Infinity War, Black Widow sees Avenger Natasha Romanov (Scarlett Johansson) on the run after the intense Berlin Airport battle that took place over the Sokovia Accords. She soon crosses path with another Red Room graduate, Yelena Belova (Florence Pugh), whom Natasha knew from her childhood as the pair posed as siblings in a sleeper agent mission in the States in the mid-1990s, alongside mother figure Melina (Rachel Weisz) and mission leader Alexei (David Harbour).

Together with Yelena, Natasha becomes embroiled into a tale of intrigue that may involve a dreaded figure from her violent past, a menace with plans to use brainwashing as a means to plant and install his own Black Widows in key parts of the world, ready to act at his command. Oh, and if things weren’t already complicted enough for the “siblings”, they’ve got another, deadly adversary to contend with: Taskmaster, a Red Room assassin with photographic reflexes, able to mimic any fighting styles. The battle is clearly on. 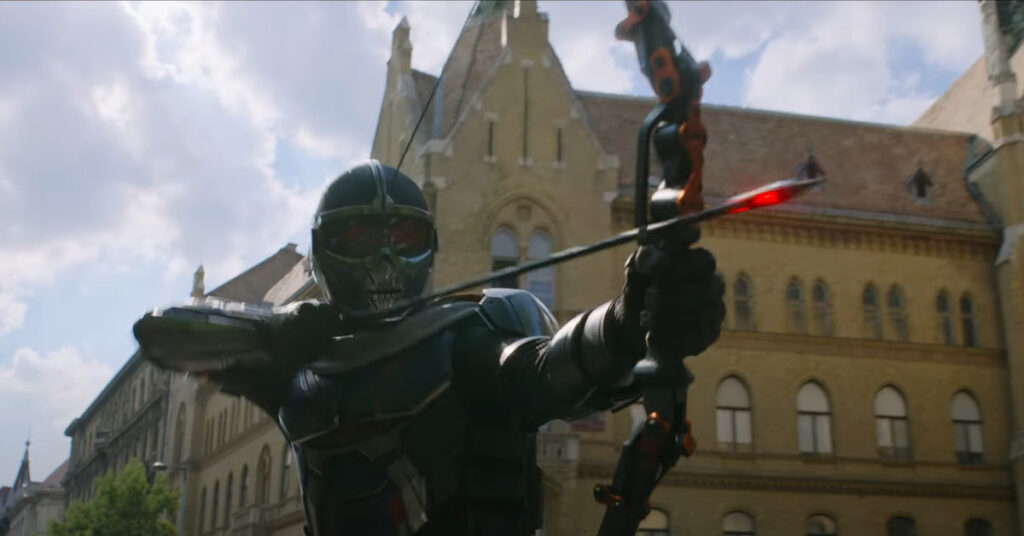 While I’ve always had a soft spot for the Black Widow in the MCU, what with her lack of superpowers save for her years of lethal fight and spy training just like her archer friend Clint Barton/Hawkeye, it does feel like her back story deserved a much earlier slot in the release roster, rather than a flashback released post-Endgame, where the character had already fulfilled her key role in that universe.

That, paired with a convoluted plot rife with ill-timed comedy and faux sibling rivalry, makes Black Widow feel less like a vital addition to Marvel’s Phase 4 and more like excessive fanservice. Sure, the writer and director of this project infuse enough action scenes and stunts to give leads Johansson and Pugh a great workout, but the choice of villain, along with a half-baked global plot (not to mention a “jump the shark” final act), makes this latest Marvel film a bit of an embarassment, one unworthy of its title character, who deserved so much more than a poor Bond film imitation, and a bad one at that.

One of the very few highlights is the inclusion of Florence Pugh’s Yelena, a bratty but equally lethal Widow who has always felt she could never measure up to her “sister” who made the big league saving the world with the Avengers. All the same, the script’s attempt to infuse family discord and strife in a group that was never related to each other, feels forced and off-center, even when you factor in that such a grouping is part of the spycraft.

Despite her starring role, much of the film tends to take away from Johansson’s character in favor of colorful but flat sidekicks from her past, instead bringing her into a half-baked, rudderless plot. This is one instance where the best moments are truly in the movie trailer, leaving viewers scratching their heads as to why this was even in consideration this far into the Marvel Master Plan, a standalone project that lets down its star, comes way too late in the game and was sent into the field before its training was completed. Bozhe moi….

'Review: Black Widow Falls Prey to its Own Convoluted Spygame' has 1 comment