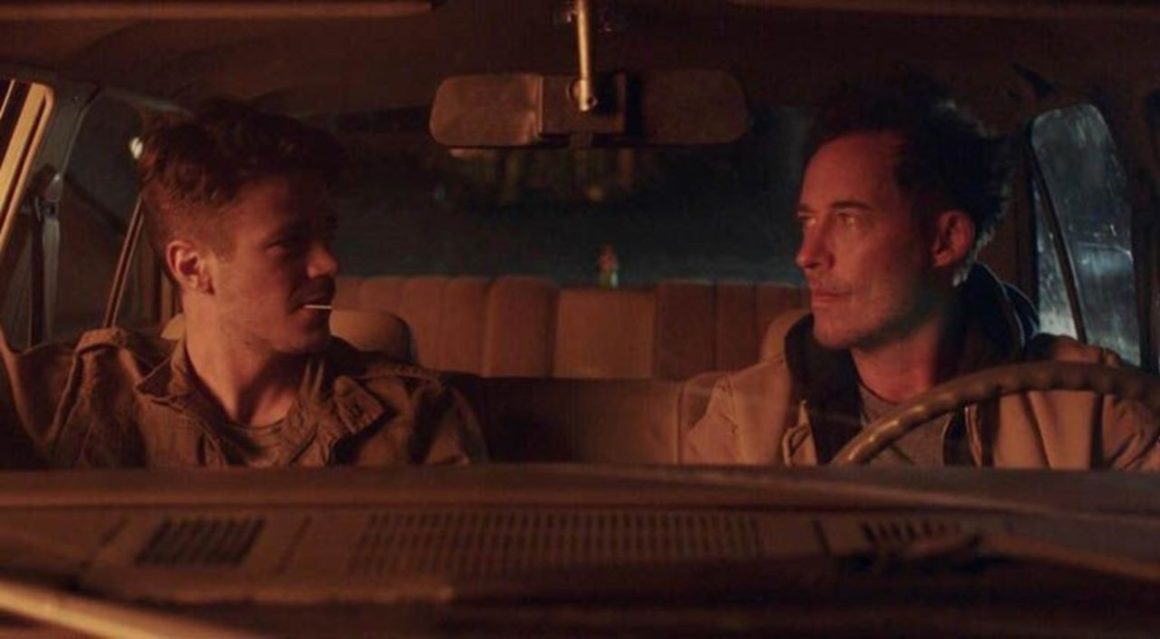 As any seasoned CW fan will tell you, it’s no secret that the cast members from the various DC-based superhero based shows currently on the air weekly – we’re talking The Flash, Arrow, Legends of Tomorrow, Supergirl and to a certain extent but not yet connected, Titans and Doom Patrol — are an incredibly tight knit gang who both love to impress on screen and also good off when the occasion calls for it, both on and off camera. Just Google any of their show’s bloopers.

So, when a trailer for an Indiegogo-backed Vimeo short heist comedy film was advertised, featuring Grant Gustin and Tom Cavanagh, aka Barry Allen/The Flash and Harrison Wells/Eobard Thawne/H.R. Wells/Harry Wells/Sherloque Wells (it makes sense – just watch the show already!!!), the proof needed to be in the pudding.

As it turns out, the little side project that could is not only impeccably produced, filmed and edited, it’s downright hilarious. Imagine a low-rent Vincent Vega and Jules Winnfield from Pulp Fiction, had they lacked the skills or experience to ever work for Marcellus Wallace.

Tom and Grant (Tom Cavanagh and Grant Gustin) are disorganized but ambitious criminals hoping to score big on a bank heist, based on a dubious lead Grant somewhat heard “bervatim” (long story, just watch the film) from the crooks themselves a short while back.

As the questionably inept pair scope out and stake out the local bank in question, the waiting game becomes a challenging one as the minutes interminably crawl by, with vigorous discussions on word usage, song lyrics and various other topics come to light, with no sign of the original bandits in sight.

Is the plan a waste of time? Will Tom and Grant survive the night? Will they be at each other’s throats before they even get to glance at a pile of Benjamins? That is what this short film seeks to answer, in twenty three minutes or less. 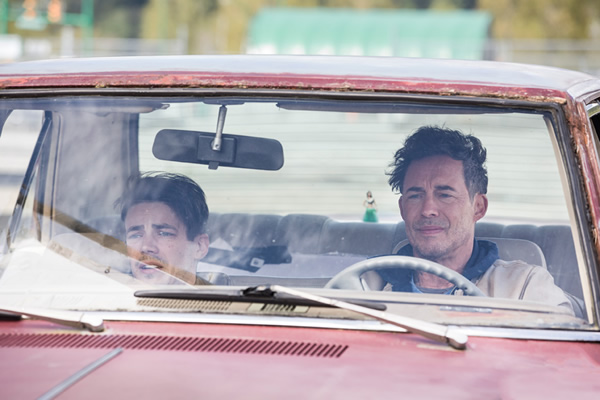 Grant and Tom (Grant Gustin and Tom Cavanagh) realize they might be in over their heads in TOM AND GRANT, courtesy Idle @ Yes Productions, 2018

While the comedic timing and onscreen chemistry from having spent several years on a hit TV show is obvious, what really makes this short film gel with viewers is its eclectic dialogue, ranging from harmonizing on radio tunes to getting upset over conversation details or how to properly use words without necessarily reaching for a cell phone to look up its accuracy. The script is on point, original and bitingly funny, thanks to the creative genius of writer-director-star Tom Cavanagh, whose improvisational genius and versatility on TV translates well on this off-season project, a labor of love created with the help of co-stars who are obviously game to join in.

I can’t shake that the dialogue has a certain Tarantino-esque pop culture tinge to it which makes the content both familiar and fun. One needn’t be a seasoned CW viewer to appreciate the tale, but it sure does come off as a thank you to the millions of fans out there, hungry for more interaction between its co-stars, after several years of faithful viewership.

Really? Honestly? The only crime here is that the story wasn’t a full fledged motion picture. As frustratingly idiotic as Gustin’s clueless character was, I could definitely see a series of stories featuring these ambitious but ill-equipped criminal “masterminds”.

Now, for full disclosure: I have been familiar and somewhat closely related to members of the cast’s extended family, by way of academic attendance in decades past in college years, and friendships along the way. Far be from me to deny this, as the world of entertainment journalism and the Canadian media milieu is only so finite. That said, I have not met or know said cast and/or crew members, nor is this a biased endorsement due to familiarity with said people. So there.
This short film came onto our radar by way of the hit TV show’s popularity and its charismatic actors., and their vigorous online campaign and later airings at fan convention screenings and the like. I can only recommend you hop over to Vimeo and look up the title by name, with the cost of admission a mere couple of bucks for a worthwhile short that will both make you giggle and shake your head and the sheer ineptitude of the titular pair.
A quick glance at the end credits reveals a third Flash-related cast member. I couldn’t place him in his visual cameo in the film, but Carlos Valdes’ lyricism is unmistakable, once the handful of catchy songs get stuck in your head.
Enjoy. I sure did.
Verdict: