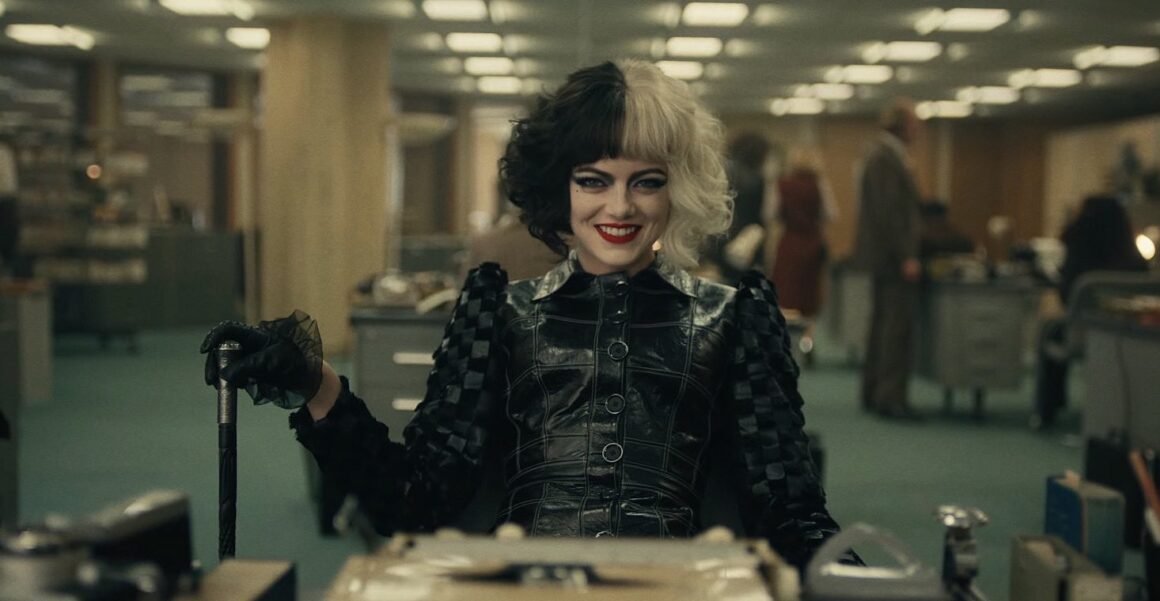 Let’s face facts: with the torrential output of live action adaptations that have originated from the House of Mouse over the last decade (some much better than others), it was only a matter of time before producers and writers decided it was time to dig deeper and start exploiting secondary characters and villains for box office coin, much to the dismay of some self-appointed Disney purists, myself included.

While I’m sure that some would possibly want to shell out top dollar (or Premium Account bucks) for a backstory about Gaston and his questionable village upbringing, I can certainly attest to the fact that the mythos behind the black and white hued menace that is Cruella De Vil, was doing quite well on its own, be it the terrifying 1961 animated version or Glenn Close’s scenery chewing villainess from the 1990s.

Alas, someone decided it was a better idea to incorporate her rags to wretches story into a half-baked origin story, thankfully without the usual mandatory musical numbers. 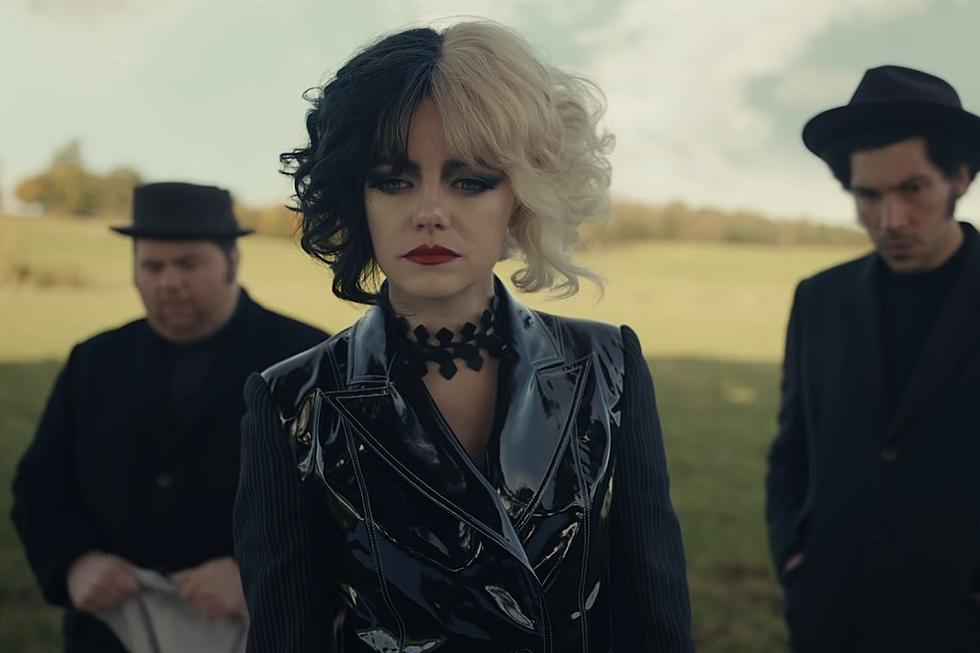 Set in an undetermined period in the 20th Century (I’d guess 60s to 70s from the mod references), Cruella starts us off on the story of young Estella, an orphan turned grifter who befriends a pair of similarly gifted young Londoners with a natural ability to pickpocket with the best of throughout the English city.

Though an older Estella (Emma Stone) has long dreamed of using her natural skill at designing fabulous outfits, she is reduced to using her gifts to create disguises for herself and her two cohorts. She later obtains menial jobs in department stores until she finds herself crossing paths with the wealthy but ruthless Baroness von Hellman (Emma Thompson, stealing every scene she’s in, no pun intended), a fashion house maven with no moral qualms about taking credit for her minions’ original works. As you guessed it, she decides to offer the young newcomer a job.

It isn’t long before a rivalry develops between mentor and pupil, launching an intense fashion war with Estella developing a secret persona of Cruella De Vil, provocative guerilla designer with innovative ways to garner media attention. Naturally, shenanigans and backstory revelations abound, none of which I will revealed here, for the sake of preserving spoilers during this pandemic-era film drought. 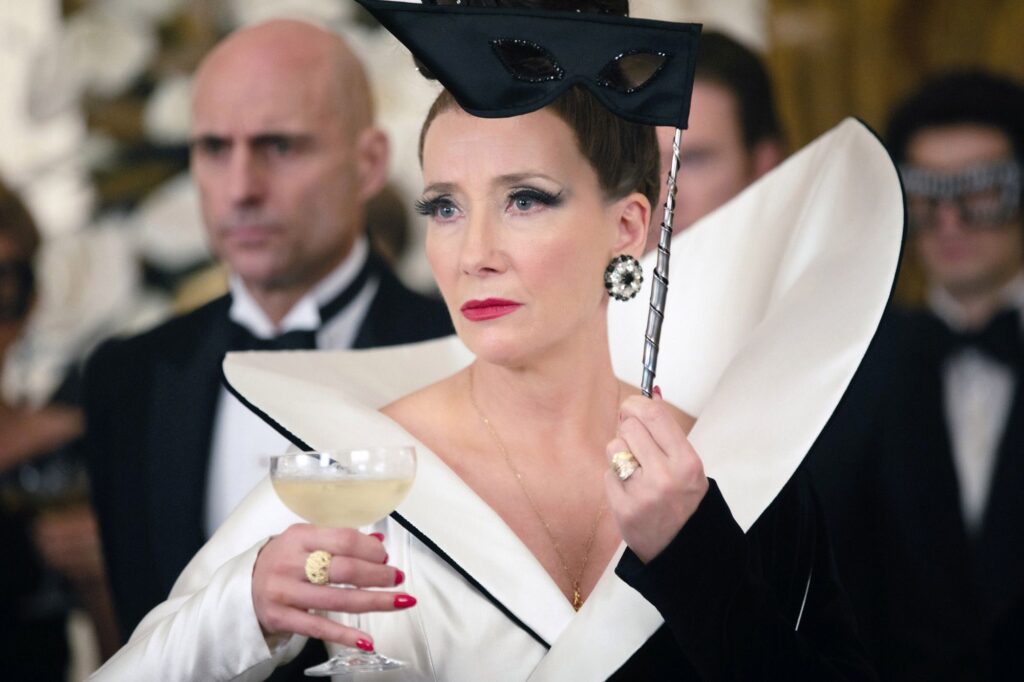 In all brutal honesty, trying to glorify a villain as hero for the sake of a one-time prequel is an awkward concept at best, somewhat akin to trying to spend the span of a trilogy trying to show the audience that Darth Vader used to be a really cute and nice, albeit moody teenager.

As such, spending 134 minutes rooting for a younger version of one of the most despicable villains in the Disney stable, feels off in more ways than one, despite the writers’ clumsy, albeit good intentions.

The film is a unevenly mixed bag, in that the leads distinguish themselves admirably without a worthwhile script to support them. Emma Thompson offers the most delicious workplace antagonist since Meryl Streep’s Miranda Priestley, while Emma Stone effortlessly channels a British accent through her nascent, titular neo-villain, leaving the cast of supporting characters with very little to do except pine, pout or plot unrealized revenge.

As I stated earlier, there is a blessed dearth of musical numbers, which would truly have dragged down an already plodding story. Supporting characters like Joel Fry’s Jasper or Mark Strong’s John (the baroness’ valet) get a fleeting chance to flesh out their own backstory, only for the script to let their subplots trail off into the ether.

Veiled references to dalmatians are peppered throughout, but again, very little is made of the title character’s eventual obsession with the black and white puppies. A messy story at best, but a flashy looking one, for the benefit of viewers everywhere.

So there you have it, a basic popcorn dramedy with a colourful lead, anachronistic, quasi-MTV awards moments out of place, flimsy references to the material it’s inspired from and a clever mid-credits sequence that may make some older Disney fans smile.

Take from this article what you will…an absolutely pointless prequel that doesn’t bother pretending it’s connected to its later history, great performances that barely elevate otherwise abysmal writing and a tedious running time that will make you wish you’d watched the animated film classic in its stead.

Cruella is now playing in theatres where available, and is also on Disney+ via Premier Access. 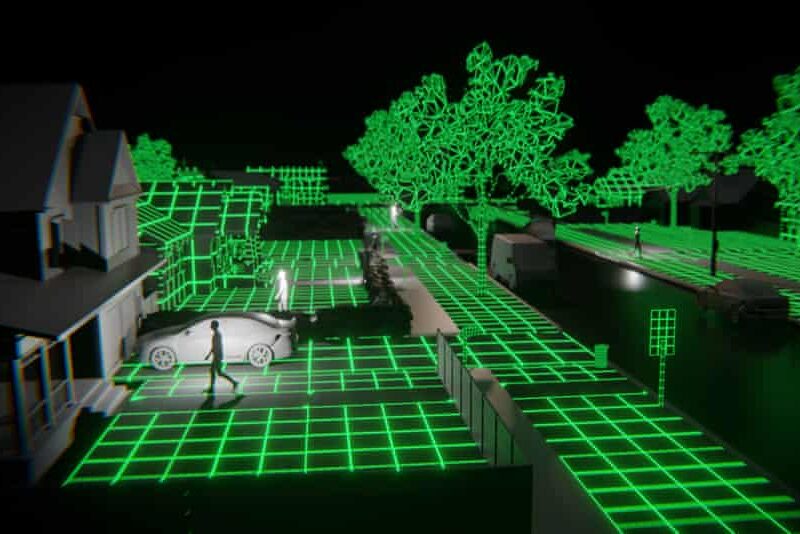 'Review: If Cruella Doesn’t Bore You, Then Nothing Else Will' has no comments