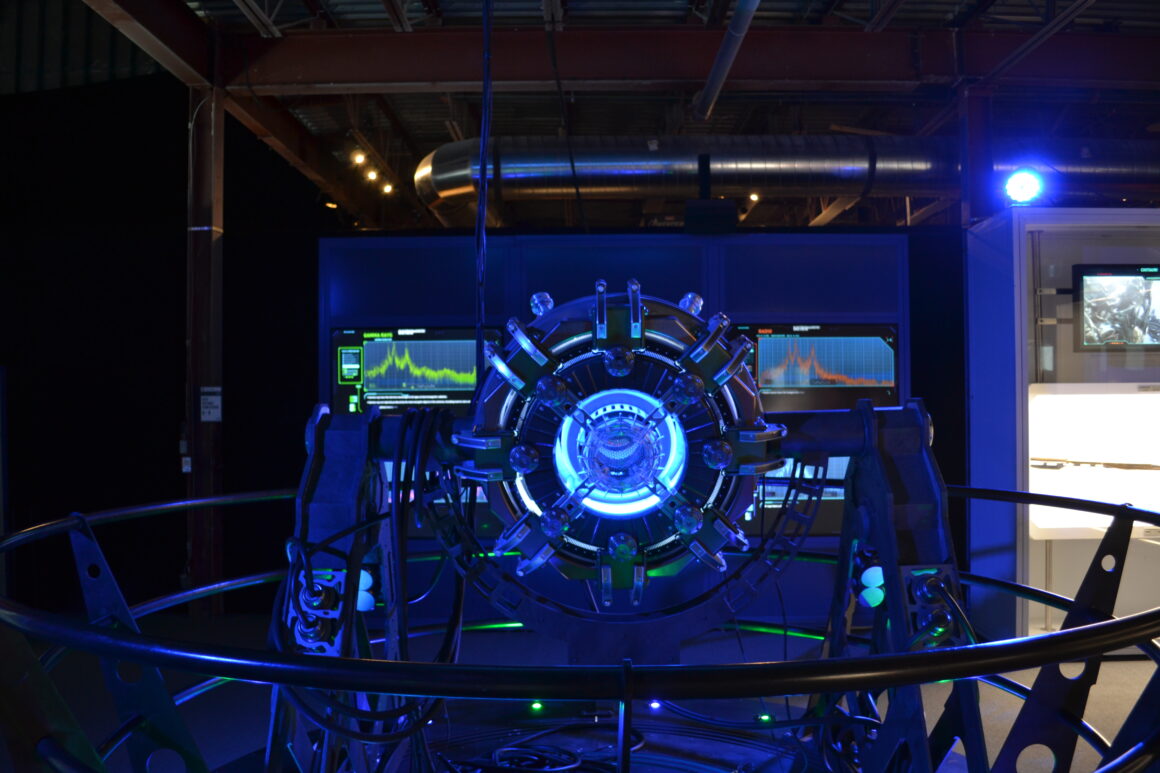 It’s not boastful at all to claim that the last decade in popular cinema has been dominated by the Marvel Cinematic Universe (or MCU for short), what with its amazing ability to bring to life all of our childhood heroes, from scientific and technical geniuses to otherworldly warriors and back.

Out of all films in the Marvel franchise, none has been more popular than the assembly of heroes known to fans as the Avengers, composed of the lead Marvel characters (namely Iron Man, Captain America, The Hulk, Thor, Black Widow and Hawkeye) along with later teammates.

While fans can always get a glimpse of the latest changes in said universe via Comic-Con exclusives, Disney+ extras or Blu-Ray content, there is truly no substitute for the real thing, which is the central point of the Avengers S.T.A.T.I.O.N. exhibit located at Toronto’s gigantic Yorkdale Shopping Centre, in collaboration with Paquin Entertainment Group and Victory Hill Exhibitions. 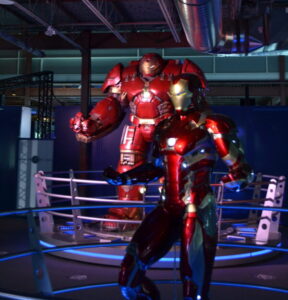 The limited event, which runs from November 20, 2020 to January 31, 2021, will allow diehard Canadian fans to immerse themselves in Avengers lore, with the roughly hour-long tour displaying full-size models of Iron Man armors (including the larger than life Hulkbuster – aloft Veronica not included), along with countless high resolution screens that would rival Tony Stark or S.H.I.E.L.D.’s most elaborate control rooms.

Visitors are greeted by S.H.I.E.L.D security staff, who ensure that a briefing is held before full access to the themed rooms can be granted. From there, each hero is introduced along with actual props and costumes from their respective films. Basically, if a superhero suit is displayed behind safety glass, the exhibit organizers assured us that said costumes were worn by the actors during any number of the films from Phases 1 to 3.

While there may be concerns that there could be any risk from attending such an event during the Covid-19 pandemic, it’s important to take note of the excellent steps the staff has taken to protect attendees, from touchless interactive displays to social distancing markers in every room to guide timed entry participants in ensuring that enough space exists from one batch of “recruits” to the next.

The Avengers S.T.A.T.I.O.N., which stands for the Scientific Training and Tactical Intelligence Operative Network, spans a 25,000 square foot area and has an efficient HVAC array throughout the warehouse-like location, which lends itself well to the illusion one has travelled to the Avengers Compound in Upstate New York. 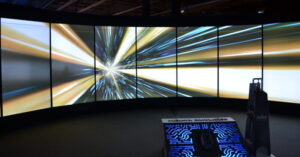 Experiencing the Bifrost while inside the Thor-themed room, complete with the Mjolnir test with hand sanitizer, naturally!) at the Avengers S.T.A.T.I.O.N. Canada exhibit; photo courtesy of the author, 2020

Attendees may feel the urge to try and interact with the extremely detailed informative screens, however only a handful of stations offer such an option, including an Augmented Reality program that captures a recruit’s body movement while a wall-sized screen conveys such data into a Hulkbuster armor, requiring a visitor to repel an attack by Ultron drones.

The themed rooms are incredibly detailed, a few Easter Eggs are contained within the venue (though I couldn’t figure them out, despite my broad Marvel trivia knowledge) and exiting recruits get a chance to shop for their favorite character wear, in the retail area.

My first reaction was to notice the absence of numerous Marvel characters (namely, Spider-Man, Doctor Strange and the Guardians of the Galaxy), though I was quickly reminded that the focal point of the show is to be Avengers-based. That having been said, there is plenty to experience without necessarily feeling that anything is amiss. If anything, the ability to glance at the actor’s finely detailed outfits within inches, makes for a worthwhile experience. If you keep a Hawkeye-like keen eye, you might even spy a few armies of Pym-controlled ants to point the way towards specific artifacts.

This limited event is sure to sell out rather fast, therefore fans are encouraged to get their tickets via the official website, with entry per person starting at $29 and up for people 10 and over, and $25 and up for children ages 3 to 9, with infants under 3 getting in for free. Note that taxes and service fees may also apply.

Given the level of items on display, along with the unique chance to see genuine items from the MCU, I can safely say that the experience is well worth the money, and while flash photography isn’t permitted, photography is allowed unless stated otherwise.

All in all, a truly amazing visit for seasoned Marvelites. 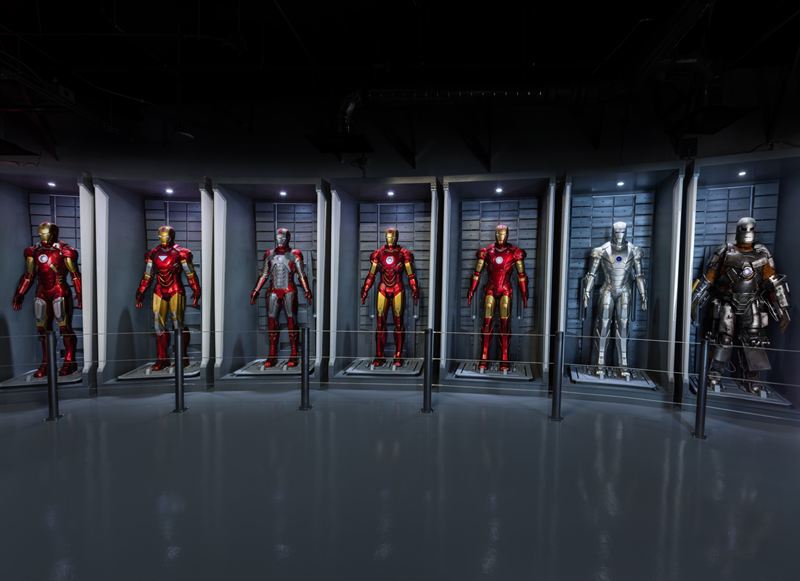 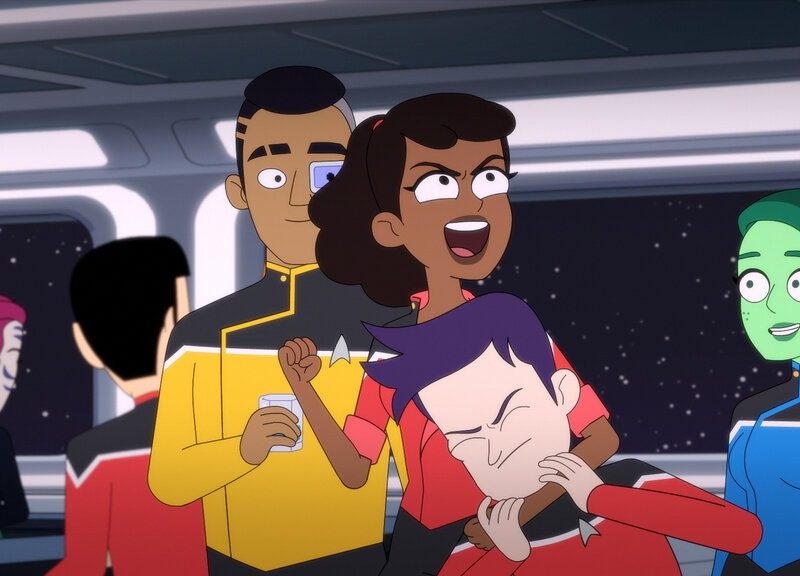 'Assemble! A Visit to The Avengers S.T.A.T.I.O.N. Canada in Toronto' has no comments