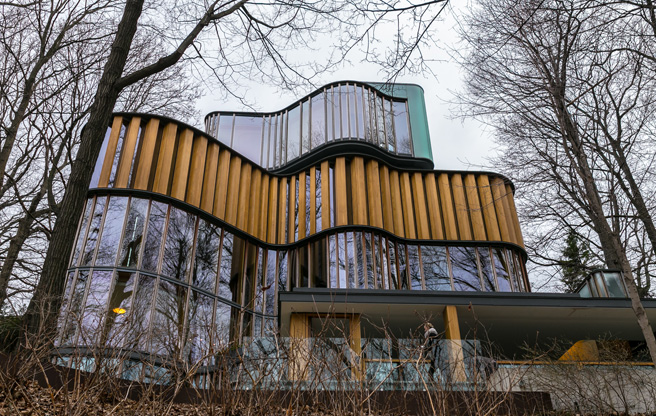 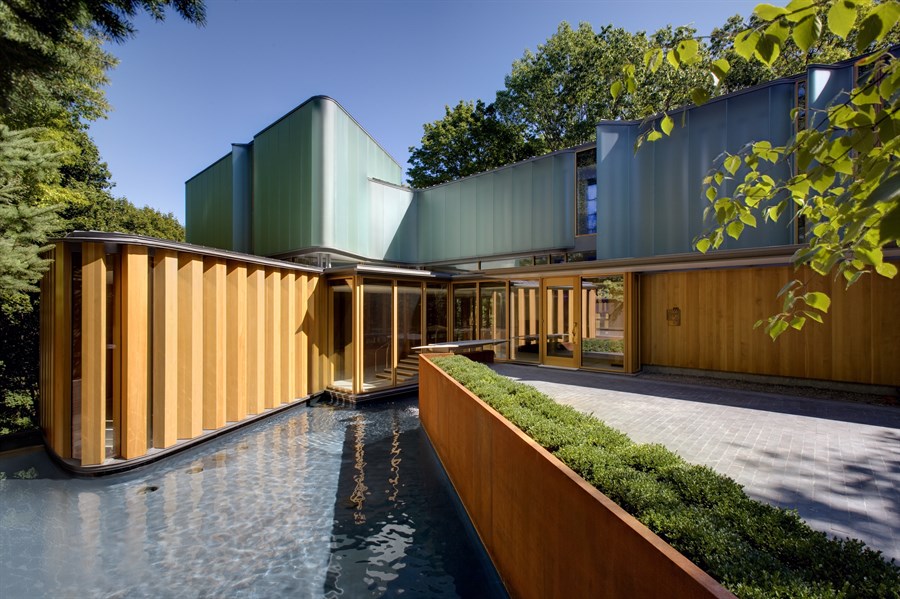 The entrance to Integral House in INTEGRAL MAN, courtesy DesignLAND, 2016

The presentation of one’s abode in the media isn’t necessarily anything new. For decades, Robin Leach would take us into celebrity homes (albeit in the Greater Los Angeles area, for the most part), allowing us a glimpse of a wealthy, often excessive lifestyle filled with expensive toys and countless cars.

Rare is the occasion when we get to learn as much about the creation of one’s personal palace, the reasoning behind such a project and its ultimate concept as both a modern marvel of architecture and a future home to various artistic endeavors.

Such is the case with Toronto’s unique Integral House, as seen in Joseph Clement’s illuminating and awe inspiring docu Integral Man. 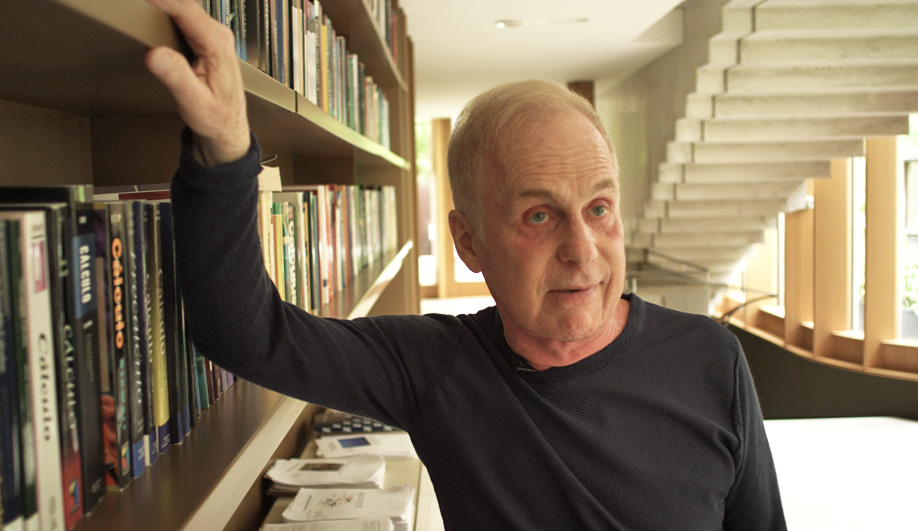 Shot over a period of five years with the implicit help of house owner and renowned mathematician and author Jim Stewart, the hour-long piece mixes traditional film stock and the digital medium to travel from one intricate room to another, exploring the singular vision of the Shim-Sutcliffe architects in creating a one-of-a-kind palatial estate overlooking Rosedale Ravine in one of the city’s affluent neighborhoods.

While the documentary distinguishes itself in its presentation of the evolution of Integral House (named in honor of Dr. Stewart’s specialty in integral calculus), its magic lies in the participation of its good-natured resident who engagingly explains his relationship with both his home and the people responsible for turning it into a renowned reality. 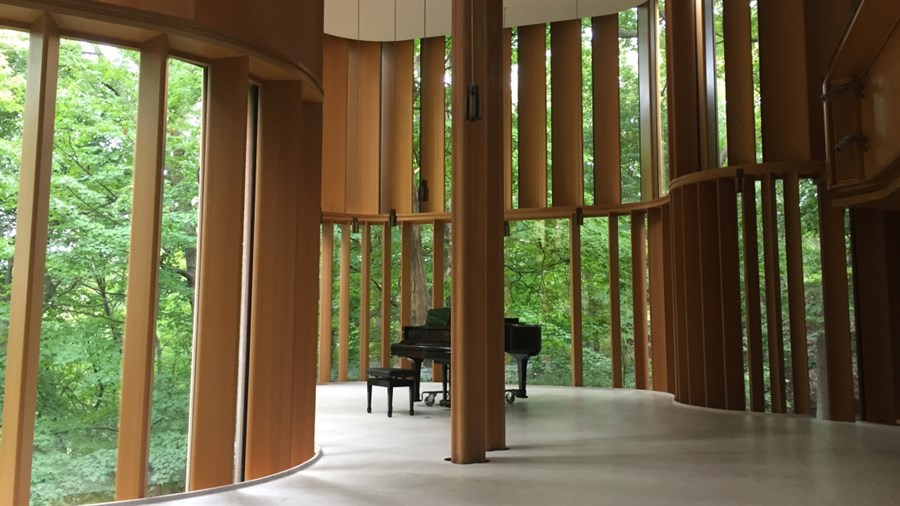 As the audience slowly starts to fall in love with the house’s unique curves and angles (not to mention its enviable natural lighting schemes), it also becomes enamored with Stewart’s love of the arts and his wish for Integral House to become a safe haven for causes both artistic and humanitarian, for years to come.

Thanks to the careful direction of filmmaker Clement and his dedicated crew, paired with fluid cinematography by Jackson Parrell and an impeccable pace by editor Callum J. Moore, we can’t help but fall in love with both the exceptional home (praised by a majority of North American architects in its design) and its congenial resident.

The film takes a bittersweet turn when it’s revealed that the long-time McMaster professor is diagnosed with of multiple myeloma, allowing the subject to wax philosophical on death, his legacy and his hopes and plans for the future of Integral House after his passing.
The film could easily be dismissed as a pretty fluff piece about a cool looking house. Instead, it’s a touching and engaging tribute to both man and home, an unquestionable love for the arts and a need to leave the world in a better state through an enduring legacy literally set in stone, concrete, wood and complex mathematics.
Simply brilliant and exquisite. Love it, love it, love it.