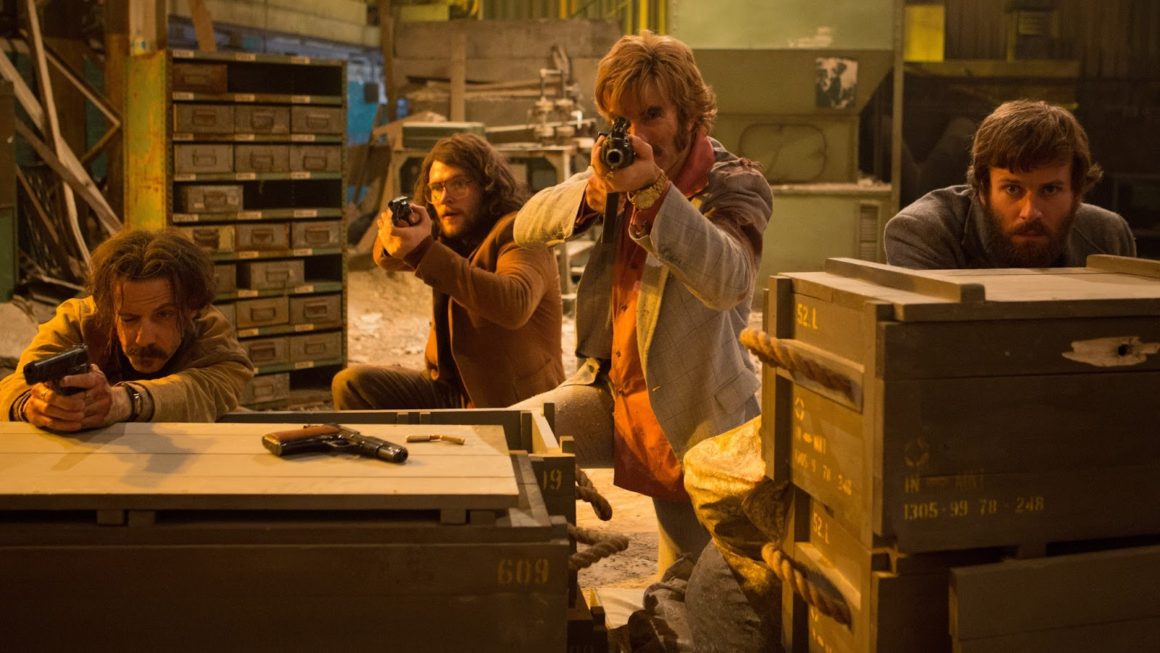 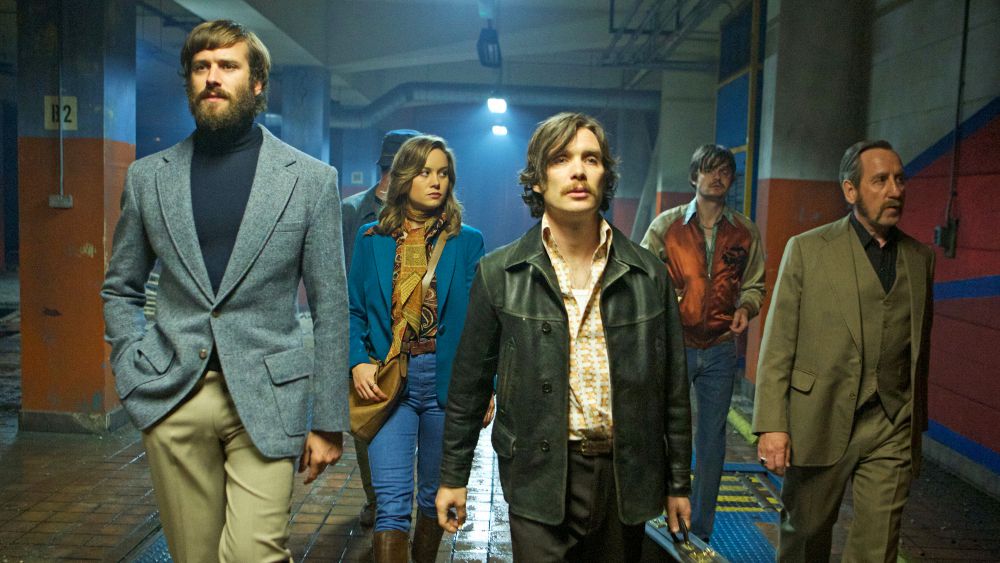 If film audiences have ever learned anything from shoot-em-up action films filled with greedy double-crosses, it’s that A) you should always expect the worst case scenario when in comes to gun deals gone bad, B) you should have a plausible escape plan, or at least a back up or contingency and C) you should always be able to trust the guy next to you to have your back.

Well, in the case of Ben Wheatley’s loud and incessant ammo-fed battle royale titled Free Fire, none of the above lessons seem to apply. It becomes difficult enough to follow the seemingly endless stream of bullets, let alone who is shooting at whom, and more importantly, why. 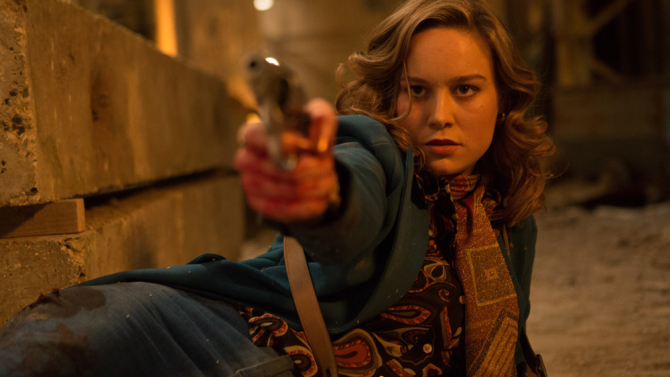 The year is 1978, and a shady gun deal between a twitchy gun dealer (Sharlto Copley) and his paid associates (Armie Hammer, Baboo Ceesay, Noah Taylor and Jack Reynor) and two IRA members and their own group (Brie Larson, Sam Riley, Michael Smiley and Enzo Cilenti) is about to take place in some seedy, desolate warehouse near Boston Harbour.

As if the fact that a gun seller can’t get the type of guns ordered right, a previous night’s altercation between two confrontational members of either party leads to violence, which in turn leads to a vicious turning of tables as everyone in the aging depot start running for cover.

Bleeding and nursing bullet wounds as everyone decides to call it off, each member of this hellish deal gone wrong tries to leave the building alive, but not without securing a briefcase chock full of buy money for themselves. Mayhem ensues. 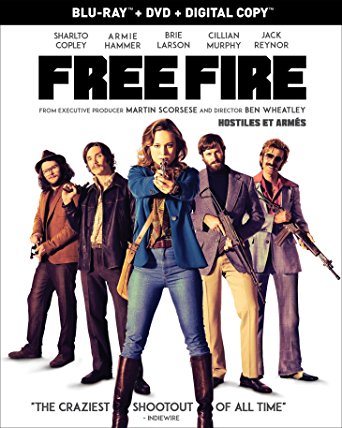 Right off the bat, the story tries to bombard viewers with colorful characters and even more colorful jokes and lewd language, as is often the case in gangster-style crime films. Armie Hammer is pleasant enough as the extremely tall but suave Ord, clearly a smart and skilled business man who takes on helping the well-connected but ultimately inept Verne (Sharlto Copley).

Throw in the non-nonsense IRA militants just looking to do business (Cillian Murphy and Michael Smiley), a gal whose presence is never clearly defined (fence? intermediary?) and a half dozen ill-defined supporting characters, add a few thousand bullets (magic ones, since an early subplot hints at the absence of ammo tightly secured in one party’s red van) for about 90 minutes at a hundred degrees of nonsense, and you have a recipe for disaster. Not the good kind.

(Warning: The film clip below is a “red band” trailer. This means there’s harsh words. You’ve been warned)

To call this film a messy puddle is generous at best. Well shot, well edited gunfight scenes do not a good story make. Neither does one or two well rounded characters surrounded by flat, one-dimensional walking and talking stereotypes. You’re almost glad to see most of them bit the (many) bullet(s) as the film draws to an end.

And what an end.

I’m kidding. Were you hoping for a worthwhile denouement?  No.

Wash down this disaster by watching this filmmaker’s much better film High Rise.  I still can’t say for sure what didn’t go wrong in this one.

'Now on Blu-Ray: Free Fire More Like a Free For All' has no comments