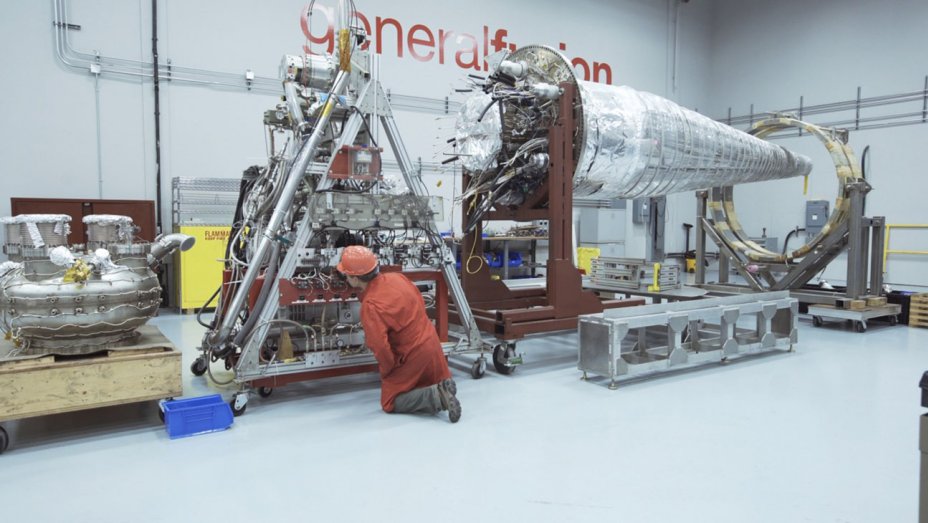 In our modern age where science-fiction is quickly catching up to reality, a few milestones have yet to be reached: faster-than-light travel, official contact with an alien species and that Holy Grail of goals, a source of endlessly clean(ish) energy.

That last one is the focus of Let There Be Light, a new Canadian documentary by filmmakers Mila Aung-Thwin and Van Royko, and focuses on humanity’s current efforts, albeit oft divided, to make fusion power, once and for all eliminating the need for fossil fuels. 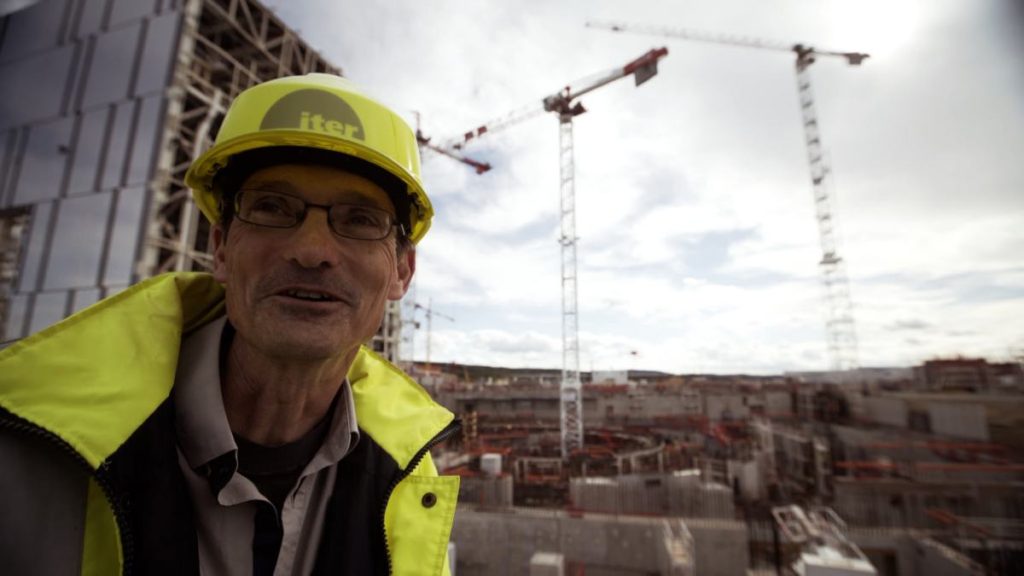 Mark Henderson visits the building of the fusion reactor in the French coutnryside, in LET THERE BE LIGHT, courtesy EyeSteelFilm, 2017.

The film invites us to learn about ITER (International Thermonuclear Experimental Reactor, also Latin for “the way”), a scientific endeavor involving no less than 37 countries, each contributing at least a billion dollars each year towards the construction of a gigantic magnetic confinement plasma reactor designed to create energy similar to a small star, by reaching a core temperature of 150 million degrees.

Plagued with cost overruns and inner squabbling between its many departments, ITER seeks to move forward with the construction of the large fusion unit in the South of France, while keeping its global investors happy about such a massive influx of funds.

Needless to say, detractors have concerns about the approach to the project, patterned after more primitive but proven Russian designs called Tokamaks, designed to allow specific flow of plasma towards energy-generating capacities.

The 84-minute documentary follows specific scientists the likes of Mark Henderson, who will likely be retired by the time the ambitious project undergoes initial tests and eventual full function by 2027 or so, but who remains optimistic about its potential.

Other scientists appear in side stories, such as New Jersey based Eric Lerner whose alternative designs aren’t nearly as impressive, but who hopes for results nonetheless despite limited funds and materials. Canadian enterprise General Fusion, led by Marc Laberge, also boasts of advances in the field, though nowhere near ITER’s progress and scope. A German project involving a “stellarator” is also introduced as another alternative approach to the concept.

When it comes to documentary pieces like this, there isn’t so much the matter of skipping the negative aspects of the subject, but rather the challenge of containing one’s anger and frustration at the idea that such revolutionary technology could very well be a solution to global issues like global warming and pollution, which could very well never happen due to the need for investors to see direct tangible results, in a larger scale case of instant gratification.

A case is made by one of the film’s subjects, saying that those who built large basilicas and historic structures ages ago weren’t always likely to see the fruits of their labor rewarded to such a degree within their own lifetimes, which didn’t negate the pursuit in the first place.

The frustration of seeing inner administrative turmoil within ITER, effectively costing added billions in delays, will gnaw at you from start to finish, forcing you to realize that one of the greatest scientific discoveries in human history may very well perish under the weight of paperwork.

There is at least some hope in store after hearing some of the optimistic responses from the likes of Henderson. The very idea that boundless clean energy could change the world’s power needs to that extent makes this doc vital viewing. When looking at how much each country contributes financially versus how much is spent on other national matters, such a price seems well worth it. After all, as the saying goes, “nothing ventured, nothing gained.”

In short, I urge everyone to check this film out, if only to get a glimpse at the meme possibility of progress, possibly saving mankind’s future in the process.

LET THERE BE LIGHT is now showing at the Hot Docs Ted Rogers Cinema, check your local listings for showtimes.

'Now in Theatres: Let There Be Light Examines the Potential for Endless Clean Energy' has no comments