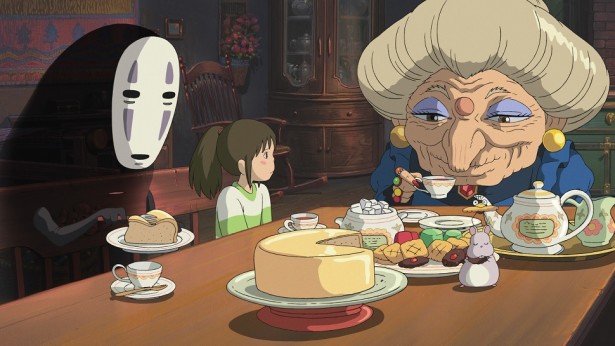 In the world of animation, seasoned viewers have come to know there’s more to the choice at hand than Disney classics. A lot more.

When asked about my first suggestion given to newcomers to the genre, I invariably lean towards the works of Hayao Miyazaki over at Studio Ghibli. 11 films later, and the fantastical animation director still finds ways to pull at the heartstrings of worldwide viewers with tales of young adventurers discovering hidden worlds parallel (or hidden) to our own.

Now, with the re-release of several Studio Ghibli gems hitting store shelves, it’s another great opportunity for collectors to add to their vaults, while offering a chance for new audiences to discover the magic on their own. 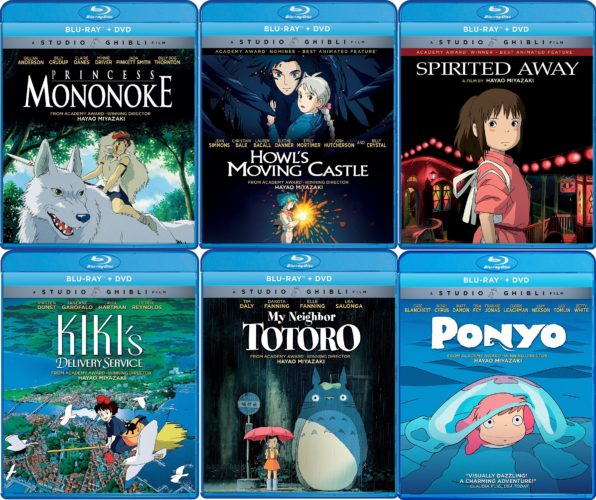 For a good while, many thought the famed Japanese director was retiring, with the last of his films marking a swan song to a marvelous and colorful career. Thankfully, that hasn’t been confirmed, so let us consider this part of the Miyazaki catalog as a worthwhile primer for neophytes.

These films’ repeat watchability (noy unlike Disney flicks, BTW), ensures their durability, like well-worn clothes one wishes to run home to on a cold day. It’s comfort food. In fact, let’s call it Comfort Viewing.

The above six films are hitting the gate first, followed by a couple more by the end of October (namely Castle in the Sky and Nausicaa of the Valley of the Wind), but for now, let’s marvel at the first volley, with Princess Mononoke, Howl’s Moving Castle, Spirited Away, Kiki’s Delivery Service, My Neighbor Totoro and the chronological newcomer, 2008’s Ponyo. 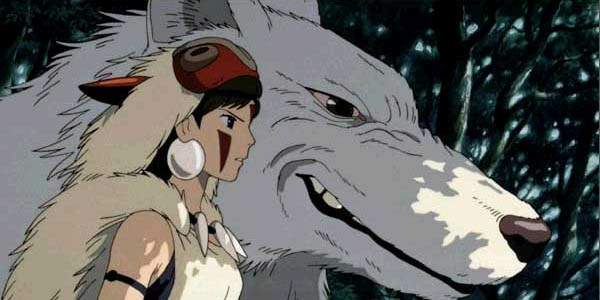 Say what you will about the old argument in which one states that any animated film looks the same whether on DVD or on Blu-Ray. I forcefully disagree. Having seen these films at one point or another since the decline of the VHS medium (and at least three of them in their North American theatrical run), I can honestly say that these new editions have undeniably been treated with the love and respect deserving of such brilliant titles.

Granted, we’ll all have our favorites which will earn first go into the Blu-Ray player first. My personal go-to is Princess Mononoke, in that it was my first experience in the Miyazaki-verse. More mature, somewhat graphic in comparison and filled with great North American dubbing by an array of Hollywood talent, it introduced me to a timeless world (actually mid 14th Century Japan) filled with gods, ecological themes and unnatural creatures. A young prince battles a demon-possessed giant boar but gets infected in the process. His quest to save his village (and himself) takes him through a journey of self-discovery.

Spirited Away, My Neighbor Totoro and Kiki’s Delivery Service occur closer to modern times, but contain just as many fantastical elements. I could run down a detailed plot outline of each film in sequence, but like a blind taste test, I urge you to go in unaware, if only so to bolster your sense of awe at the marvelous and artful strokes by Miyazaki and his team. Don’t Wiki or Google the plot. Let yourself be surprised with each new story.

For the uninitiated, while the following isn’t exactly a promo clip from Studio Ghibli, it’s an interesting essay on YouTube about the benefits of world building and immersive realism in such animation. If anything, it’ll give you a great sample of the works of Miyazaki throughout the years, including the six films discussed here…

As for the plethora of extras to be found on these latest versions of the Ghibli library, the single advantage is that most are finally gathered on one release.

Previous Disney-distributed editions contained at least some of these bonus options, though that line was discontinued when the distribution rights switched over the Shout Factory/GKids. All the better, methinks.

And so, to offset the mild sting of what may come off as redundant features to collectors reluctant to double up on sets, each release comes with a specially produced booklet containing statements from director Miyazaki and producer Toshio Suzuki pulled from various past releases and articles on the subject. Totoro, Kiki, Mononoke, and Spirited Away add the booklet along with previously known features while the rest all have some material that hasn’t been released  in North American markets before now. Not too shabby, right?

So the big question is: are these worth buying if Disney already released prior versions of each film in the past several years?

That’s a loaded question. If you’re new to the genre or to the director, then this latest volley is definitely worth the buy, given their comprehensive listing of bonus goodies (and booklet.)

If you’re a seasoned fan who owns the gold-themed box art copies from 2015 or so, consider this your chance to be the completist everyone knows you to be. I mean, it’s not like I haven’t owned three different versions of Blade Runner, the theatrical AND extended cuts of Lord of the Rings, Dune and countless others. Admit it. You’re just as guilty of this.

These are a treat. Enjoy them over and over. Have an adventure.

'Now on Blu-Ray: Revisit the Magic of Studio Ghibli in Updated Titles Release' has no comments