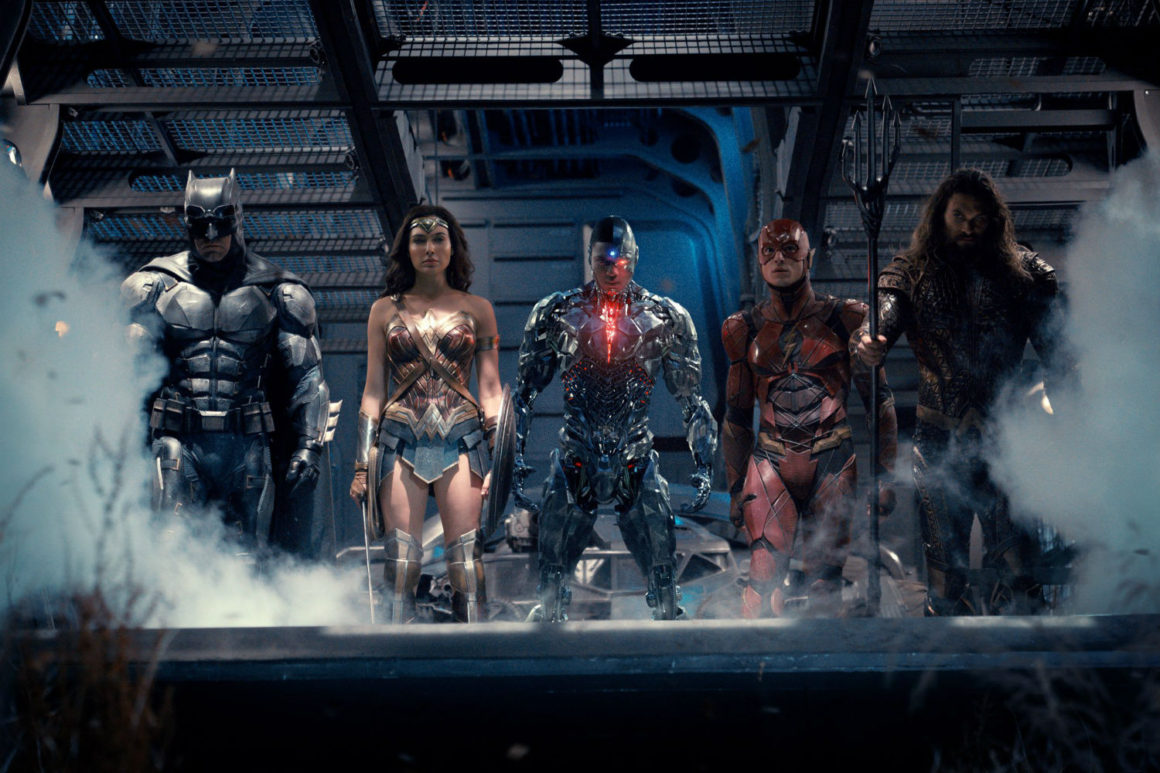 After two Superman features, a Wonder Woman origin story and some Batman cameos and supporting roles along the way, some figured that it was time that DC film gave the Marvel behemoth a run for its money.

Gathering a top tier cast in an ambitious attempt to eclipse The Avengers as the household name in commercial superhero teams, Justice League valiantly seeks to dethrone its competitor right out of the gate,

I’ll say this: sometimes it’s okay to take your time and build a brand, before deciding to send your unbroken horse to the Triple Crown. 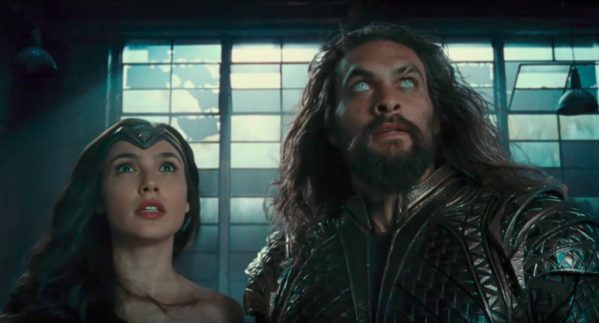 An expensive mess by all accounts (with a rumored record-breaking $300 million budget), Justice League picks up half a year following the events of Batman v Superman: Dawn of Justice, when the Man of Steel and the Dark Knight joined forces with Wonder Woman in defeating the genetic nightmare that was Doomsday, with the latter apparently killing Kal-El/Clark Kent in the resulting battle.

Now, the mystery of the alien Mother Boxes deepens as an ancient warlike entity named Steppenwolf (voice of Ciaran Hinds) travels to Earth in search of the powerful artifacts (not unlike Loki had in the first Avengers film) in order to use its power to claim our planet as his own in the name of his lord Darkseid.

Aging playboy billionaire vigilante Bruce Wayne/Batman (Ben Affleck) decides to call on his fellow hero Diana Prince (Gal Gadot) in recruiting a handful of powered individuals previously investigated by Lex Luthor (Jesse Eisenberg), so to mount a league…..a Justice League of some sort — able to stop Steppenwolf and his legion of insect-like parademons before they run rampant over all continents (including Themiscyra and Atlantis), spreading havoc in their midst.

Can this ragtag group manage to defeat the alien horde without the heroic Kryptonian at their side? The film aims (or tries to) find out while taking us along for the ride. 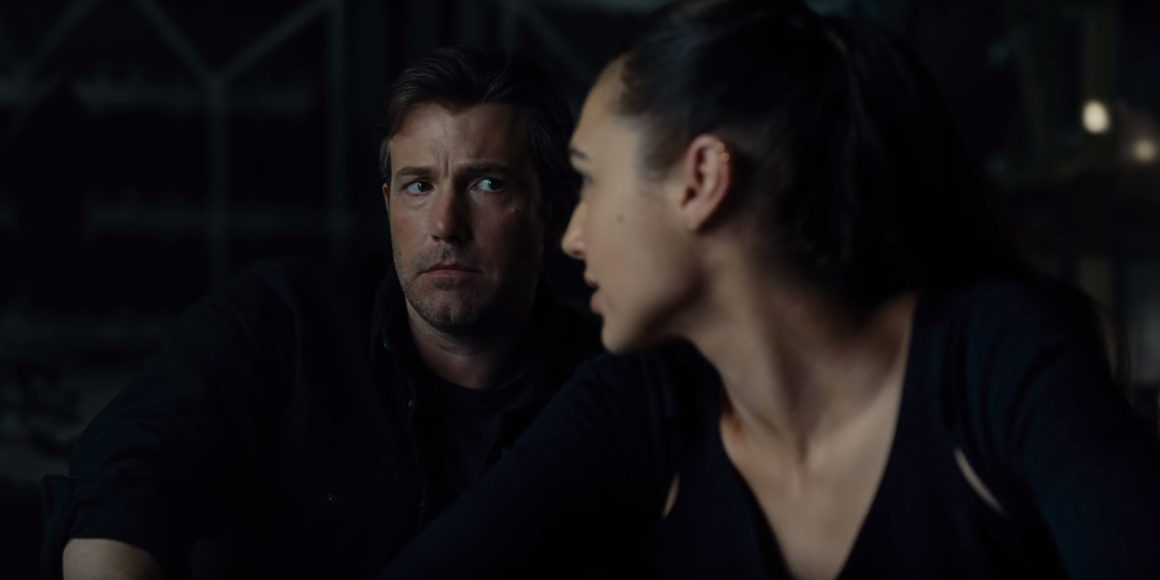 There’s a LOT to be said about necessary plot exposition. Just because there’s a given that the bulk of your fanbase will be rabid DC comics readers, doesn’t mean you should skimp on the important details.

Yes, Luthor had purportedly already gathered intel on the powered heroes we see here…but how did the bald genius come by this information? Furthermore, what are their backstories? Alas, the movie rushes to the global threat subplot before anyone can stop and wonder how one man can live underwater and “talk to fish”, how another can run from New York to L.A. in the time it takes to watch a TV commercial, while the other seems like the living embodiment of the Internet, Robocop AND a Transformer, all rolled into one?

But please, don’t let the audience’s curiosity or their need to know hinder the running time…

Secondly, by rushing to try beat Marvel at their own game (at least half a decade late, I might add), the feeling is that this film is cutting corners (and important cutting floor scenes) in order to make the bankable two-hour mark, despite the resulting pastiche of bits and nonsensical pieces.

Yes, it’s nice that the popular DC heroes are front and center, but this is definitely a case of the cart appearing wayyyy before the horses. 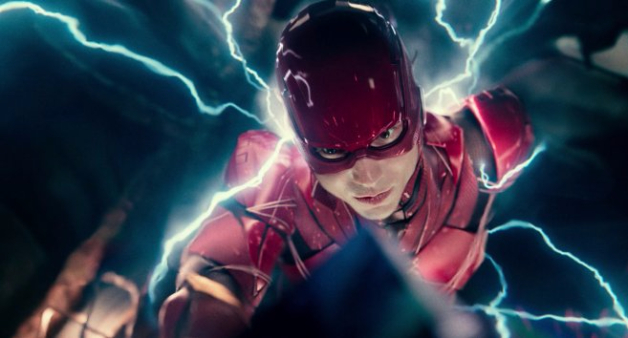 To try and upstage the Marvel Cinematic universe at this point is like a studio suddenly deciding to bankroll a GoBots revival in order to outperform five consecutive Transformers blockbusters: an interesting idea, but a foolhardy one.

Indeed, the DC franchise could have benefitted from a carefully planned slow burn by churning out a standalone Batman film, possibly a Flash or Aquaman tale or even a Wonder Woman sequel, before jumping into the ensemble concept this early in the game.

Some of you readers will likely label me a DC hater, siding with the Starks, Rogerses and Banners of this world. I swear to you ’tis absolute nonsense. I’m an avid reader of all things Batman going on 40 years and going strong. I’d gladly welcome a standalone Batfleck version or two. All the same, I still believe in thoroughness and precision over a plodding rush job.

This film came out of the oven way too early, and the meat is still raw in the middle. It’s not a horrible film. It’s just not very good. At all.

Yes, there will be a mid-credits and an end-credits Easter Egg or two. After all, Marvel’s been at it for nearly a decade. Regardless of this, put a fork in me. I’m done. At least for now.