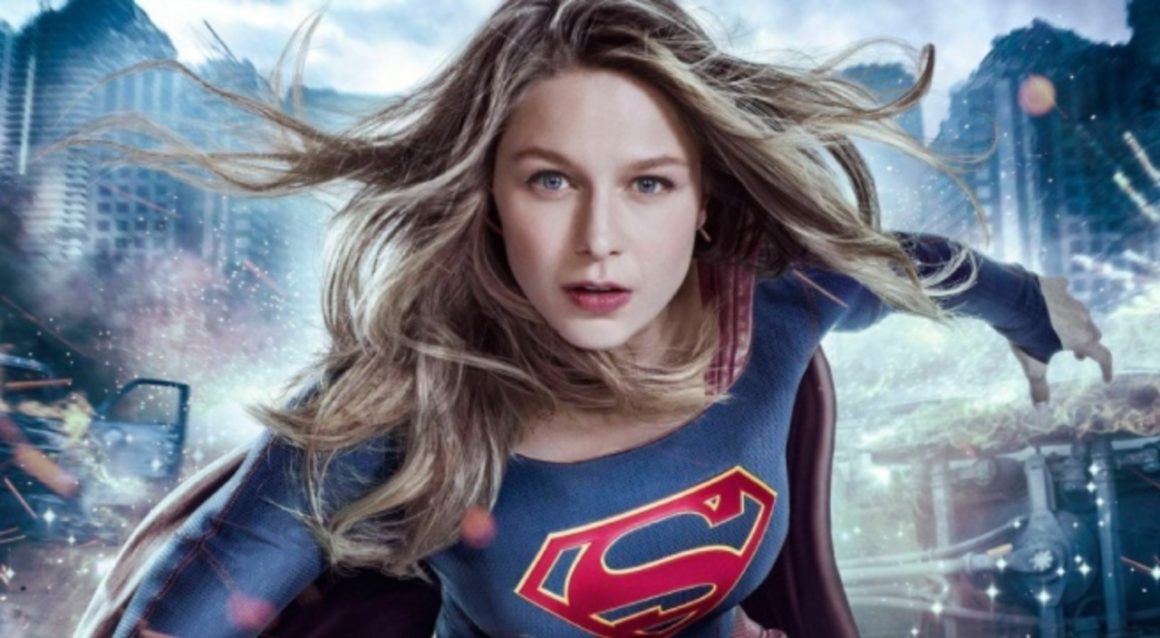 Having found its solid within the DC Television Universe  — not to mention the Arrowverse as well thanks to clever crossovers, Supergirl shows no sign of slowing down as it introduces villains old and new, delves further into its characters’ personal struggles and successes, while also hinting at surprising twists to come. 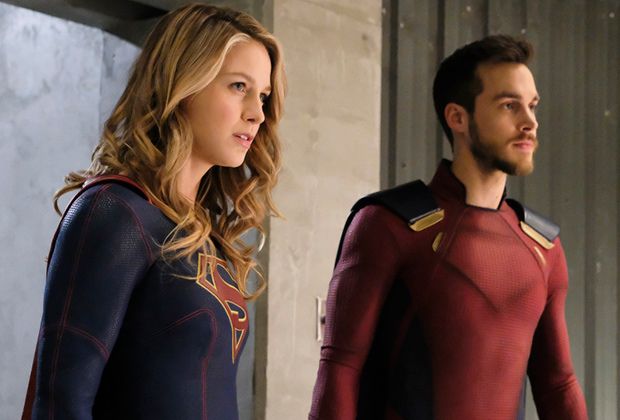 Following the events of last season, Kara (Melissa Benoist) is still using her crime-fighting duties to keep her mind off the (seemingly) no-return departure of love interest Mon-El (Chris Wood), the Daxamite who was forced to leave the planet last season when lead, a common element here but lethal to his kind, was spread in gas form into the atmosphere to repel enemies from his world.

All are surprised to learn he’d been trapped into a wormhole, sending him to the past, then centuries into the future, where he joined the Legion of Super Heroes and got cured for his weakness to lead. He and his now wife Imra (also known to comic book fans as Saturn Girl, played here by Amy Jackson) are back along with benevolent sidekick Brainiac-5, or “Brainy” (Jesse Rath), to warn Kara and the members of the DEO that a new Kryptonian threat is coming, under the form of Reign, a conqueror warrior from Krypton whose powers would manifest themselves through a woman living on Earth, raising her daughter.

Samantha slowly realizes she may be developing abilities that rivals her daughter’s hero Supergirl, but is also experiencing unexplicable blackouts that may be coinciding with news reports of super-villainy in National City. 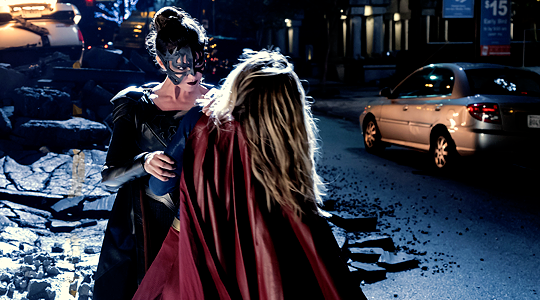 Alex Danvers (Chyler Leigh) has her hands full at the DEO, and has other problems of her own when dealing with romantic woes with her girlfriend Maggie Sawyer, over differences in their plans together. James Olsen (Mehcad Brooks) keeps CatCo Magazine as its new editor, but also has his hands full fighting crime as the vigilante Guardian, while also developing romantic feelings towards Lena Luthor.

Winn Schott (Jeremy Jordan) is ever the tinkering resident tech genius who must deal with the possibility he may someday end up as warped and twisted as his imprisoned father, the Toyman (Henry Czerny), a genius for evil deathtraps and devices of mayhem.

Finally, Lena must keep a brave face given her family name’s reputation, while she ensures that Luthorcorp strives as a business. Her darker side comes to light when she’s forced to decide whether her scientific acument could protect Earth against Kryptonians, including Supergirl.

See below, a taste of the season as per a Comic-Con Trailer from last year:

Bonus features on this jammed-pack set include the full panel from last year’s San Diego Comic-Con, a comprehensive look into the four-part crossover Crisis on Earth-X, which also brought in the cast of the Flash, Arrow and Legends of Tomorrow as the teams fought evil Nazi versions of themselves from an alternate dimension (actually more fun than it sounds, trust me), and the ever necessary blooper reel.
Overall, this season feel a bit top-heavy with the introduction of so many characters, but the meticulous exploration of its existing team’s personal lives brings a nice balance to the mix.
Throw in a main villain able to go toe to toe on a Kryptonian level, and the action goes up a few steps. Mostly, the writers are to be praised for digging into the DC archives to bring out lesser known secondary characters with just as much of a story to tell.
Look for some choice casting in bringing in Smallville‘s Erica Durance (Lois Lane on that show) as Kara’s mother Alura Zor-El of Kandor, and newcomer Andrea Brooks as the clever but accident prone Miss Eve Teschmacher, new to CatCo.
Verdict:

'Now on Blu-Ray: Supergirl Season 3 Raises the Stakes Punch by Punch' has no comments