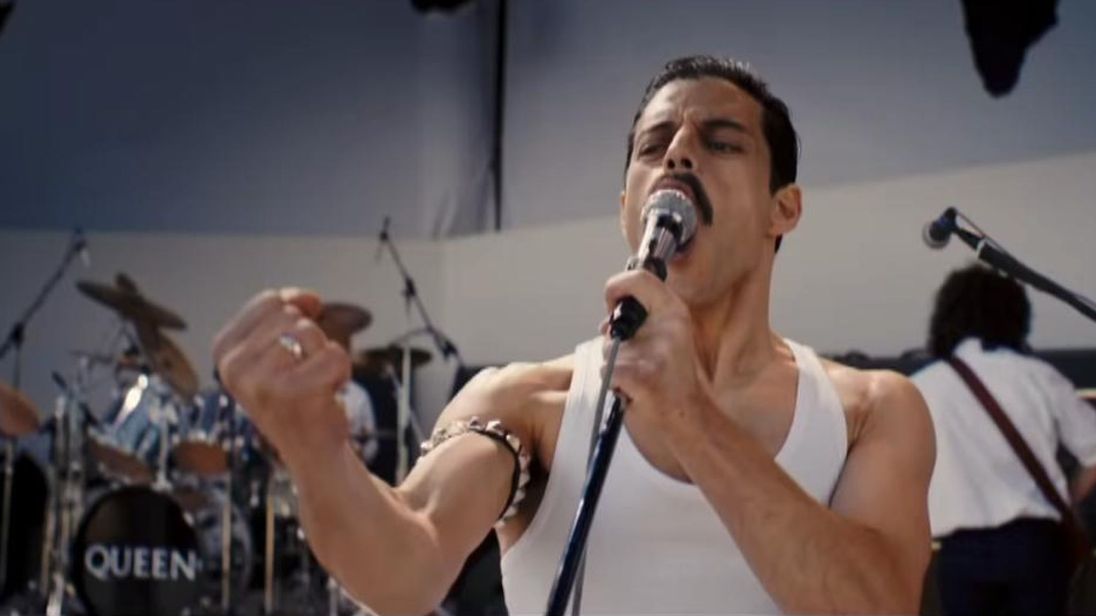 In the annals of filmmaking, there are numerous, excellent examples of how to offer a great, honest and rewarding musical biopic, one based on the most popular figures of modern music history.

Take Oliver Stone’s The Doors, for example. How a director can aptly summarize years of legendary history into a two-hour plus chronicle of some of the most influential characters of the 20th Century, To this day, I can’t hear a Jim Morrison lyric without seeing Val Kilmer’s hauntingly visceral face in my mind, one inevitably tied to the Lizard King’s legacy, like it or not.

Now, we have a very similar case, one of more recent relevance, that of the charismatic and larger-than-life Queen lead singer Freddie Mercury, portrayed with brilliant flamboyance by Rami Malek, known for his quizzical, ambiguous turn as TV’s Mr. Robot‘s resident hacker-cum-split personality security risk Eliot Alderson, to much critical praise.

The resulting story, as it turns out, has us truly caught in a landslide, with an escape from reality. 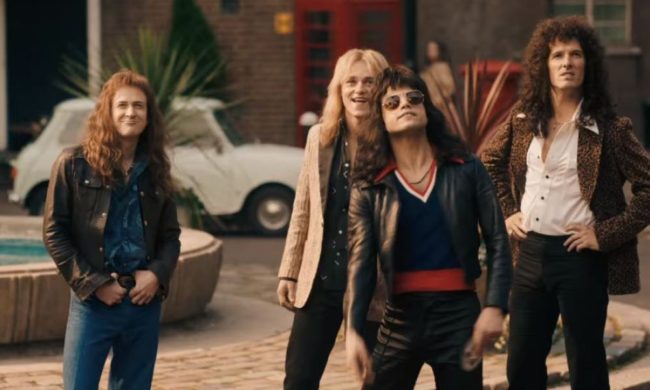 Bohemian Rhapsody follows a chronological path from the late teen years of one Farrokh Bulsara (Malek) a Parsi British immigrant son of proud but conservative parents, who can only impart moralistic guidelines to their rebellious and impressionable son.

After seeing a local band perform a decent set, only for the instrumental players to see their fleeting lead singer bolt in search of greener pastures, young Farrokh offers his rare high octave tones as an alternative to what could be a great, imaginative and creative force: that of Queen, a band of misfits playing for a band of misfits the world over, one city and country at a time.

The film chronicles how Farrokh, who soon changes his name to the considerably more marketable “Freddie Mercury”, helps Brian May (Gwlim Lee), Roger Taylor (Ben Hardy) and John Deacon (Joseph Mazzello) form a group that would change the face of music forever, despite cultural criticism, public opinion on creative license of the musical norm of the time, not to mention a healthy dose of gossip as to the lead singer’s private life and lifestyle.

All in all, a motivated script directed by Bryan Singer (with British helmer Dexter Fletcher filling in for later production) provides a gripping, captivating biopic worthy of cinematic legend, controversy be damned. 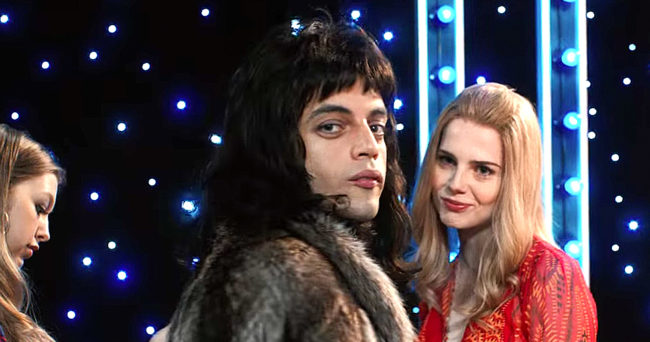 Rami Malek is simply and fully invested body and soul as Mercury, with some vocal help from Canadian singer Marc Martel filling in for scenes where stock recordings couldn’t possibly account for. The result is nothing short of magnetic and mesmerizing. Ditto that of Lee, Hardy and Mazzello’s performances as Brian, Roger and John, along with commendable roles by Tom Hollander as manager Jim Beach, Alan Leech (TV’s Downton Abbey) as Mercury’s manipulative road manager/lover, Lucy Boynton as Mary Austin, Freddie’s girlfriend and lifelong confidante, as well as a bit part with Mike Myers as EMI Records executive Ray Foster (with a subtle Wayne’s World reference sewn in.)

What makes the film work so brilliantly and effortlessly, aside from the excellent musical gems we’ve all memorized years ago, is its ability to avoid generalizing the risks and pitfalls of fame in the 80s, from promiscuity to greed and ambition when friendships and family are on the line. Malek brings a dose of soulfulness and vulnerability to Mercury, a true 180 degree turn from his stone-faced hacker portrayal on television.

An absolutely masterful piece of filmmaking sure to get Malek an acting nod, Bohemian Rhapsody will have you fishing out your Queen’s Greatest Hits album off the shelf for another go. Moreover, it will make you forget you’re watching actors portray real-life artists trying to live life to the fullest, some while they can with the time they had left. The final sequence recreating Queen’s LiveAid appearance is itself worthy of awards season. Simply mesmerizing, beat for beat and note for note.

A real operatic piece, to say the least.