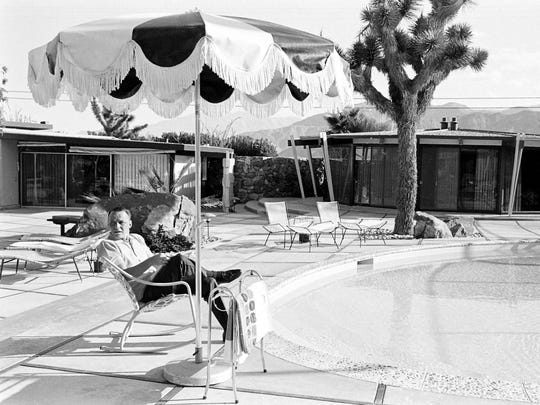 A most fascinating look at the earlier days off by Ol’ Blue Eyes, SINATRA IN PALM SPRINGS: THE PLACE HE CALLED HOME is an extremely insightful look into Frank Sinatra’s home away from it all, Palm Springs, California, and how he influenced and contributed to a growing community he grew to call his own, four hours away from the glitz and glamour of Hollywood. 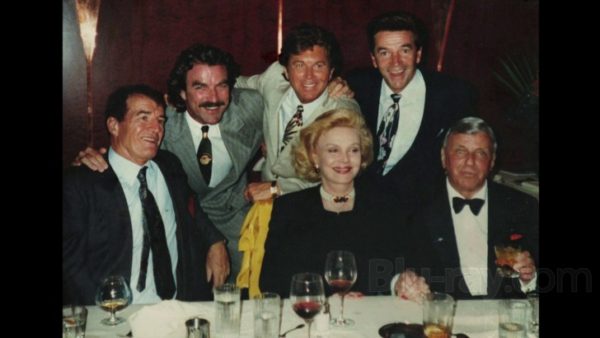 Frank and Barbara Sinatra with some high profile guests in SINATRA IN PALM SPRINGS: THE PLACE HE CALLED HOME, courtesy Shout! Factory, 2019

Not so much a biographical documentary as a great interest piece on legendary haunts (most of which are still in business today), this documentary finely balances first hand accounts with historical footage of Sinatra’s visits to some of the best places he like to eat at, drink at and party at, for the better part of four decades.

With interviews with the likes of Sinatra’s late wife Barbara, his opening act partner Tom Dreesen, Latino singer-turned-restaurateur Trini Lopez, former Maitre D’s and various hosts around town (including the local newspaper editor who lived it all), this documentary doesn’t so much sell the idea of a mid 20th Century superstar’s life in the limelight of the rich and famous, but rather an intimate look into a worldwide celebrity who’d simply pick up the local newspaper and humbly help residents in their direst hour, a form of anonymous philanthropy in the place he flaunted as his slice of heaven. 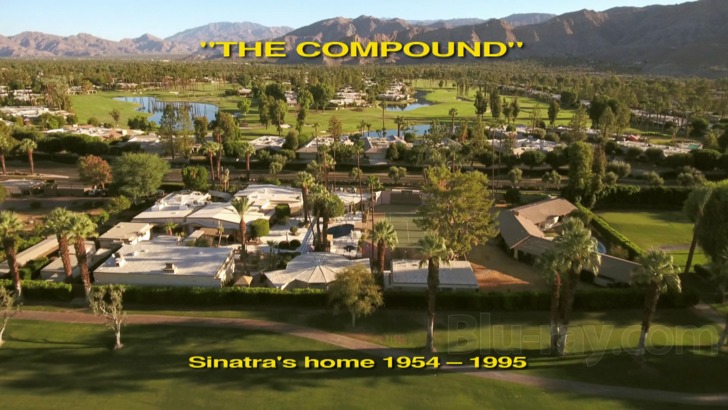 The 90-minute documentary effort doesn’t so much glorify the Rat Pack as much as it shows how protective celebrity residents (Sinatra clearly chief among them) chose to live in false anonymity so to escape the pizzazz and media attention Beverly Hills and Hollywood attracted. Simply, a series a restaurants, nightclubs and other venues bigwigs chose to call their local haunts, if only to avoid a constant barrage of media attention. Expect a series of great anecdotes about mood swings, heavy tipping and the occasional tribute to living astronauts (such as Alan Shepherd being serenaded by The Chairman of the Board with a live version of “Fly Me to the Moon.” 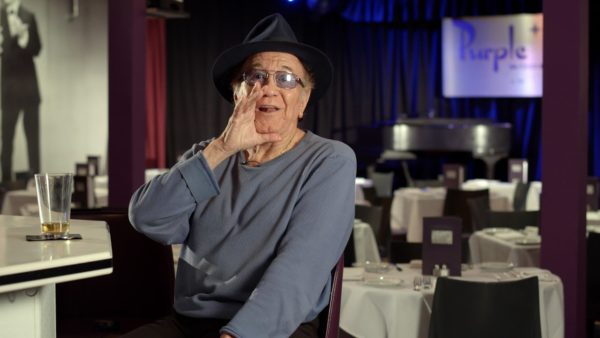 The Blu-Ray release offers a great, infectiously inviting view of the desert community, from 1950s movie scenes to today’s golf invitationals. Stick around long enough and you might get a glimpse of the era in which Sinatra’s marriage to the volcanic Ava Gardner led to some building damage as a result of heated arguments. TMZ has nothing on these two, give or take a half century or two.

Also keep an eye out for extended interview pieces about the city Sinatra called home. Simply, a sincere piece about an amazing city that has thrived for decades onwards. 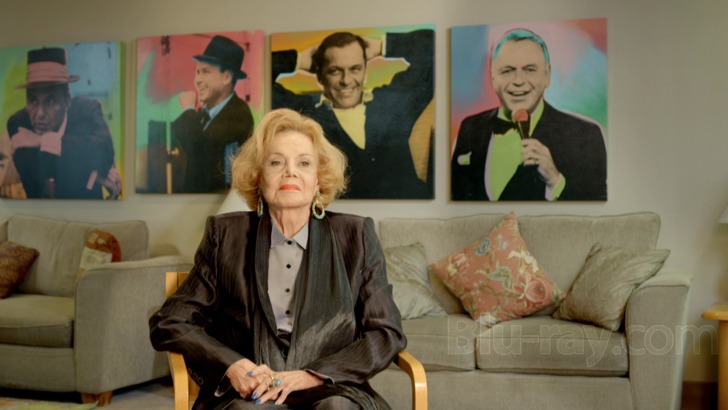 Sinatra’s widow Barbara discusses her husband’s life in his slice of heaven, in FRANK SINATRA IN PALM SPRINGS: THE PLACE HE CALLED HOME, courtesy Shout! Factory, 2019

A truly unique travelogue piece of sorts that pairs as a bit of musical history while also serving as a worthwhile advert for the truly idyllic nature of this desert oasis called Palm Springs,

We recommend this wholeheartedly for any Sinatra fan, if only so to get a glimpse into the soul of the timeless crooner whose private life nourished his musical lament. Truly, an aficionado’s dream.

'Blu-Ray Review: Sinatra in Palm Springs: The Place He Called Home' has no comments