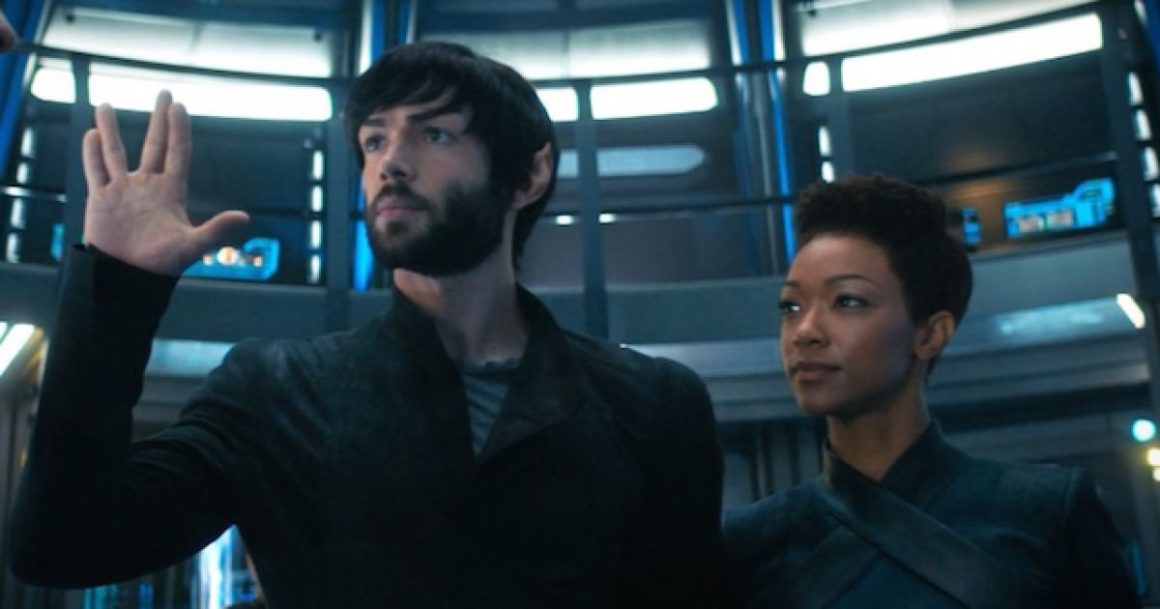 After a busy and tumultuous first season, CBS All Access’ foray into the Star Trek universe decided to push the envelope by tapping yet again into well known lore from the original series, while still creating new avenues to explore strange new life and civilizations.

And boy oh boy did they have a ball. 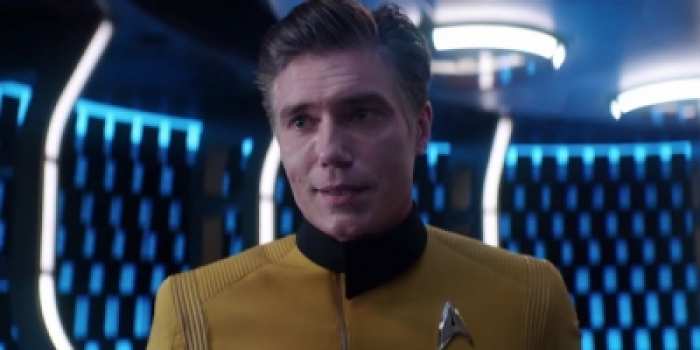 After an initial season that saw the crew of the U.S.S. Discovery visiting the mirror universe, using experimental spore-driven tech that allowed the ship to instantaneously travel anywhere in the universe, to even having run ins with familiar faces (we’re looking at you, Rainn Wilson’s Harry Mudd!), the second year provided its share of challenges, while under the guidance of a capable Starfleet leader whose experience and intuition only added to the crew’s potential in the fce of a new puzzle, under the guise of a time-traveling being described as “The Red Angel.”

With Captain Christopher Pike (Anson Mount) assuming command as per Starfleet’s orders, following the debacle from last season, the crew ends up locating clue after clue as to who or what this Red Angel is, and its connection to the crew, and why it has become an object of obsession for Pike’s science officer gone rogue, a young Vulcan-human half-breed named….Spock.

You heard correctly. Hollywood royalty’s acting scion Ethan Peck (Gregory Peck’s grandson, evoking that same presence and low-baritone timber) portrays the iconic role previously played by Leonard Nimoy and Zachary Quinto in previous films and reboots, offering us a conflicted soul driven nearly insane by the complexity of a future visitor whose presence at key events in the Discovery’s travels brings into question the very nature of fate versus choice, and how it may impact the Federation and its relationship with its partners.

An excellent balance of season-length plot lines interspersed with one-off stories about specific crew members helps the 14-episode arc find perfect balance narratively-speaking, without the need to rely on iconic characters from the original series, avoiding being overshadowed by top-tier names which would have potentially derailed the show’s intent.

Is the inclusion of Pike, Spock and other TOS picks off the roster a cleverly calculated move? Yes, and a winning one at that. New showrunner Alex Kurtzman (who co-ran Lost with JJ Abrams) knows not to neglect his primary crew, and utilizes his guest stars sporadically and efficiently, making for a strong second outing.

Many fans have raised the valid question regarding how we never heard of Michael Burnham or her relationship to Spock, Sarek and Amanda, more so how she was omitted from canon, at least until now. Fear not. The plot doth thicken, but the plot doth reveal itself accordingly.

As is expected by the good folks at CBS Home Video/Paramount, the blu-ray set is chock full of extras, with plenty of behind-the-scenes peeks from the Toronto-based soundstage, where directors (including Star Trek: TNG‘s own Jonathan Frakes) work with writers and production crews to create new sets, reinvent existing mythology and spruce up a universe for the benefit of both old and new fans.

Look for some mini-stories in the form of Short Treks, featurettes on everything from props to special FX makeup to location scouting, along with the ever-popular blooper reel. Deleted and extended scenes are thrown in for good measure.

With great rhythm and marvelous dialogue, this is the Star Trek we both want and need. The cast and crew are up to the task, paying their characters forward with talented writing, warm performances, believable chemistry (looking at you, Mary Wiseman), and honest, genuine use of established lore. Can a Kirk role be far behind?