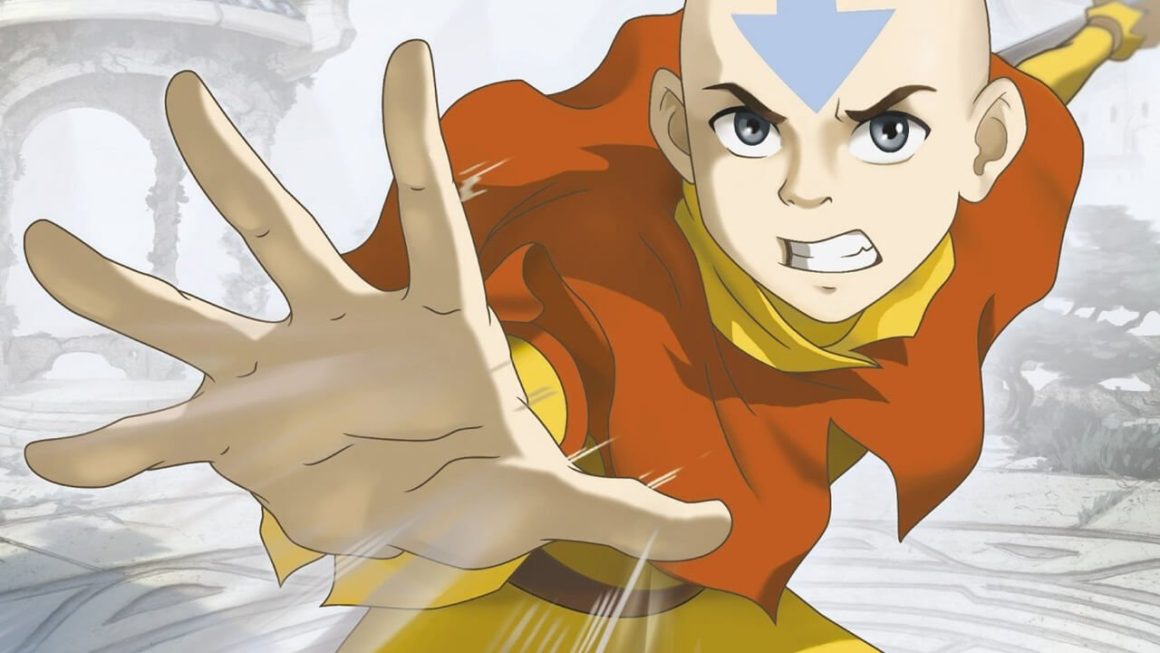 A show the helped revive a failing kids network in the mid 2000s, Nickelodeon’s popular series Avatar The Last Airbender is a reminder of just how far the high definition format can take a cherished animated series to the next level, while still being limited by available technology of the time. 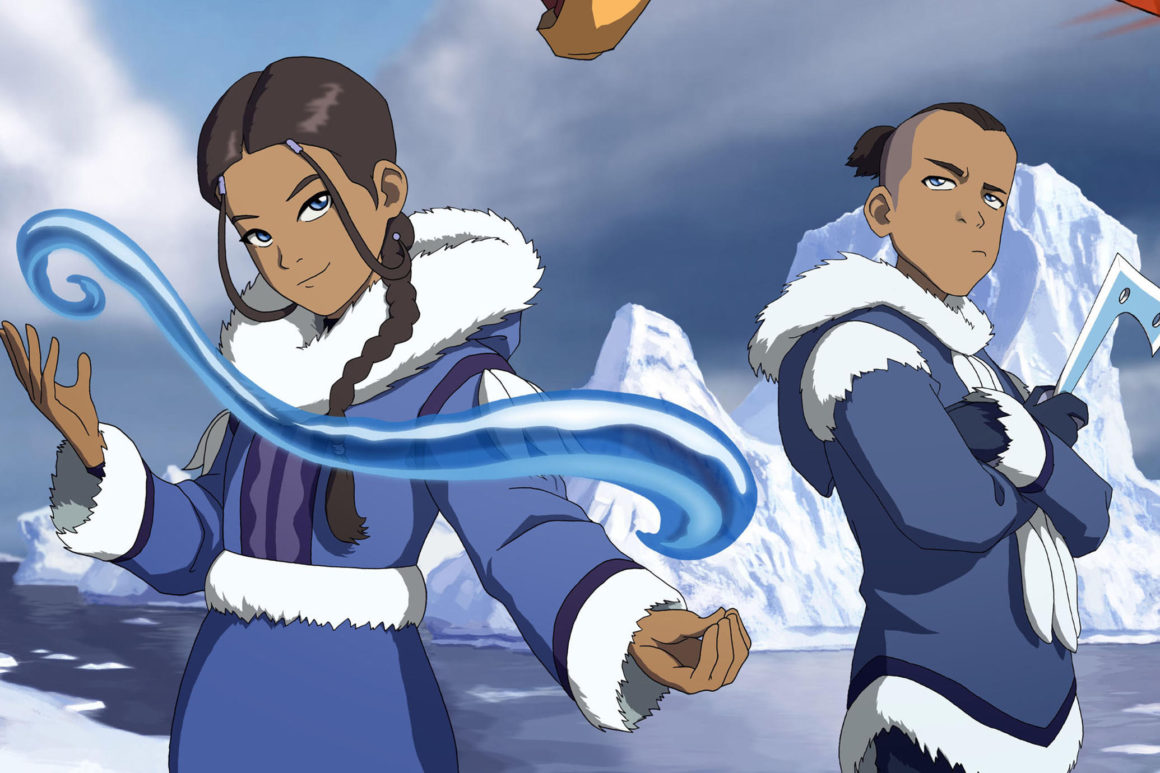 Katara and Sokka from the Water Tribe, in AVATAR: THE LAST AIRBENDER, courtesy Nickelodeon, 2005.

An imaginative series set in a world where societies are governed by elemental forces (water, air, earth, fire), The Last Airbender follows the adventures of siblings Katara and Sokka as they meet a young boy named Aang, who happens to be the next incarnation of The Avatar, a being who can “bend” all elements (that is, telekinetically, using martial-arts style moves) with sheer force of will.

The three season series, spanning 61 episodes, takes the trio through several of their world’s lands as the warring Fire Nation rages on int its ruthless pursuit of global domination, all the while seeking Aang’s power for their own ends.

Though the early episodes seem a bit clumsy in their dialogue and character development, I highly recommend viewers stick with it as the show picks up steam and develops in rewarding ways, despite its half-hour long format. The show, created by Americans Bryan Konietzko and Michael Dante Marino (who also produced the sequel The Legend of Korra), borrows heavily from Asian animation styles (think Miyazaki) in terms of its characterization, right down to its use of fantastic creatures and physical fluidity in motion (how the bending moves mirror known modern martial arts movements is discussed in the special features.) 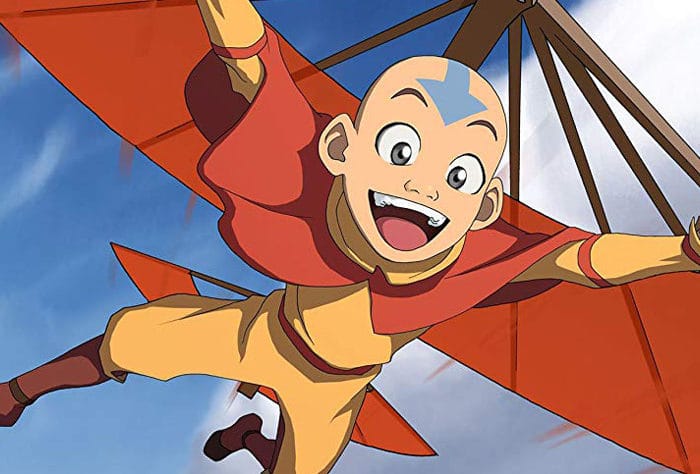 First, a warning as to the complete series’ 15th Anniversary edition contents: Yes, this steelbook format, composed of three “books” as seasons doesn’t seem to add any new content that hasn’t been included in previous releases. This can often be a risk when fans decide to run out and buy the latest high definition of their favorite show.

While the series’ visual treatment gets cleaned up and looks crisp in HD, viewers are quickly reminded of the limitations of pre-HD TV viewing, meaning the format remains 4:3, hence the black bars on either side to account for the square-like image stemming from the early 2000s, back when widescreen shows weren’t yet a thing.

The improved visual treatment becomes more obvious when you jump from episodes to special features, with said features having been shot in standard format, which will definitely come off as grainy and unpolished in comparison. This is a trade off, of course, when you realize how much effort was put into restoring the picture quality of a three-year cartoon series.

The voice cast is pleasant and endearing, the dialogue increasingly funny yet touching at times and the show’s themes remaining kid-friendly throughout. The chemistry between the Water Tribe siblings Katara and Sokka feels genuine and their adventures with Aang are infectious and thoroughly fun. While I’m not exactly the target demographic for this series, I was nevertheless pulled in by its universe and slow-burning world building, no pun intended.

A worthwhile addition to any collector’s shelf, what with its aesthetically pleasing packaging, this series would make for a great gift to any kid whose interest may lie in discovering more works in the anime genre. Parents should warn their brood of the limitations of technology while introducing them to these new stories, but the trade off will pay back tenfold.

A great, fun show that did its homework and proved that a storyline needn’t be so primitive as to insult its already wildly imaginative audience, Avatar The Last Airbender is a worthwhile experience, just as long as you make an conscious effort to avoid M. Night Shyamalan’s disastrous 2010 attempt at a live-action version.  Word is that Netflix is planning to adapt this series in a live action format; one hopes they will invest the right amount of time and effort into the endeavor into what is clearly a deserving series, one worthy of its audience’s precious time. 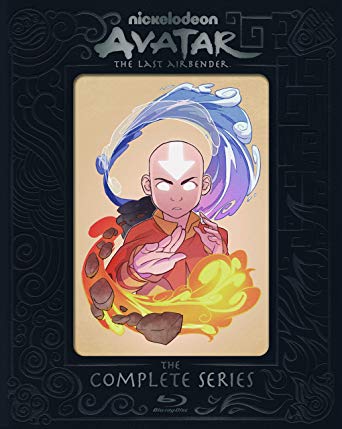 'Now on Blu-Ray: Avatar The Last Airbender Complete Series' has no comments