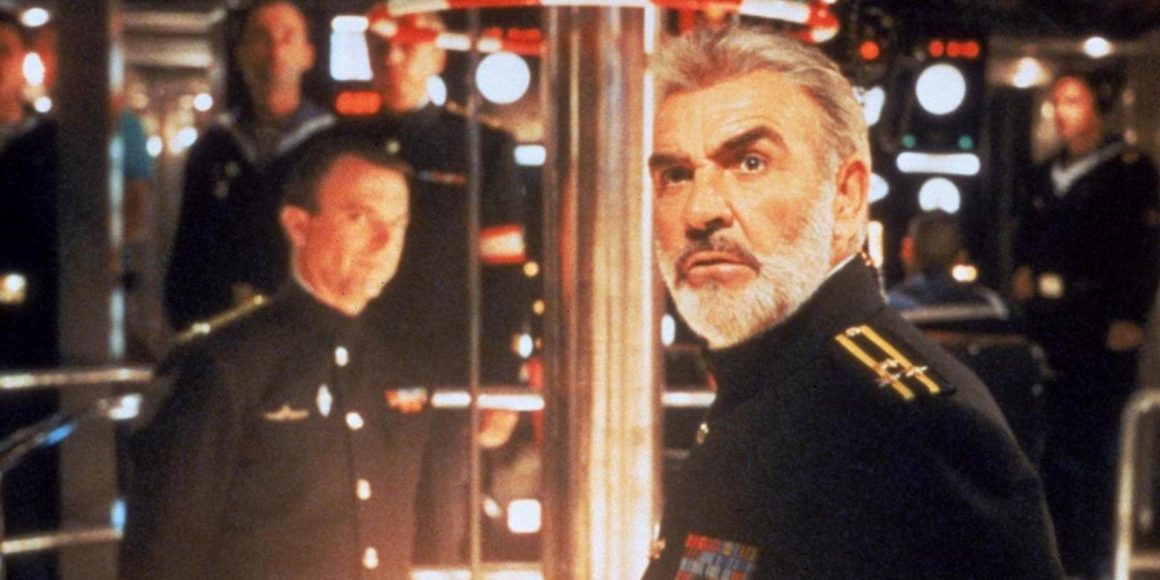 By Dominic Messier, Founder, Editors and Requestor of One Ping Only, Please…

In the cinematic world of political and techno-thrillers, very few films have managed to start a franchise that would endure decades on, not only featuring a smart and motivated anti-hero (read: Righteous Boy Scout) like Jack Ryan but also blessed with charismatic supporting characters played by the likes of James Earl Jones, Scott Glenn, Samuel L. Jackson and, last but not least, Sir Sean Connery as the brilliant Russian sub skipper Mario Ramius. 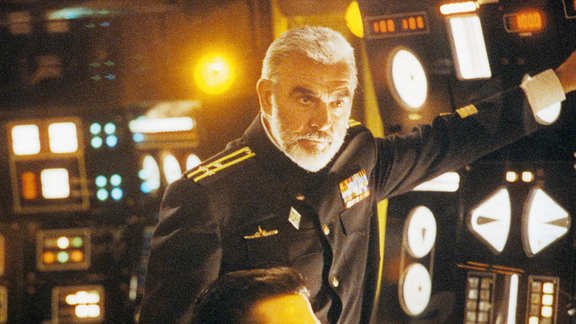 As the first of late author Tom Clancy’s many Ryan novels, The Hunt for Red October (published in 1984) not only proved that doing one’s homework in consulting naval manuals and seeking advice from pros can truly pay off, but it also single-handedly revived the techno-thriller genre, thanks to a ringing endorsement upon publication by then-President Ronald Reagan, who couldn’t shower it with enough praise. It stands to reason that Hollywood would certainly come knocking within the decade, to snatch the movie rights.

And so, within mere months after the end of the Cold War in 1990, filmmaker John McTiernan offered us a tale of intrigue and deception set in 1984, a veritable underwater cat-and-mouse game between the Russian and U.S Navy as news that the Soviet Union’s latest marvel, The Red October, a Typhoon-class nuclear sub possessing a nearly silent propulsion system, is headed for the East Coast of the U.S. with its full arsenal of intercontinental ballistic nukes.

Of course, while Russia knows its captain hopes to defect along with his senior officers, American forces fear the alleged madman may trigger World War III. Enter Jack Ryan (Alec Baldwin), a CIA analyst whose theory about the crew’s possible defection must be proven at all costs before Ramius (Connery) gets within firing (or defection) range, with the Russian fleet hot on his trail.

As both nations nearly come to a head over a renegade sub built but for one purpose, the hunt is on and the stakes couldn’t be any higher. 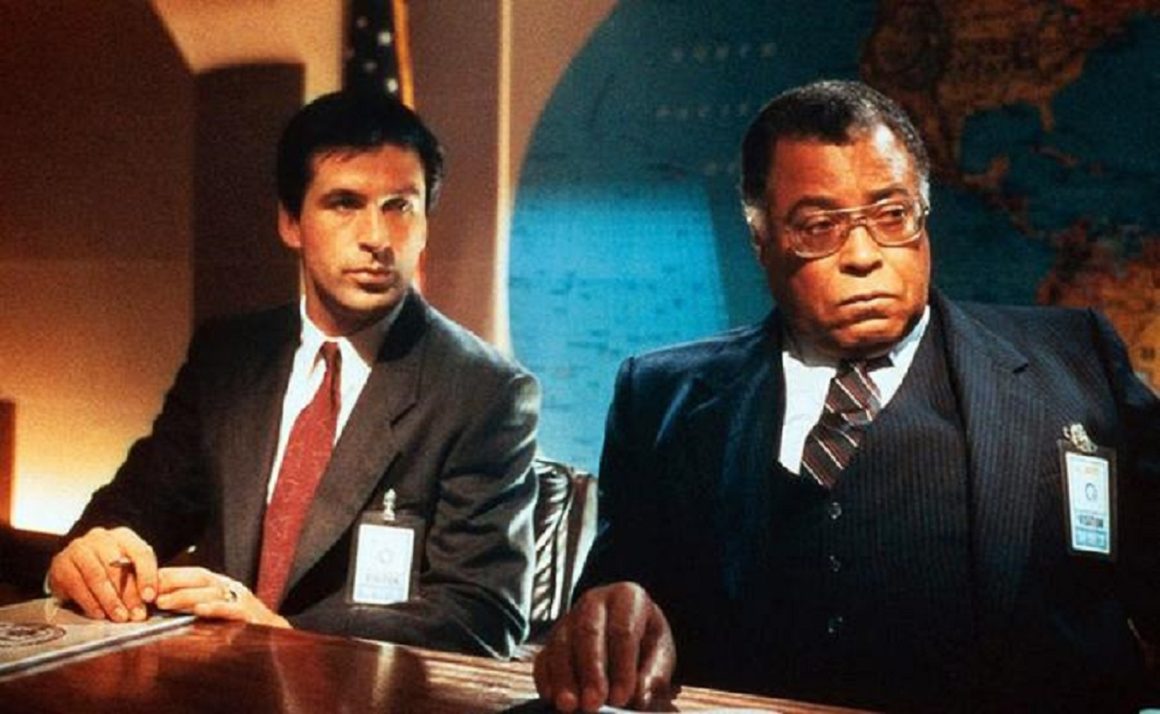 Simply put, there is very little wrong with this movie, aside from a few minor deviations from the novel for cinematic effect. The story is brilliantly paced, has technical jargon that is easy to pick up on, benefits from a gripping and mighty soundtrack by the late Basil Poledouris (Conan the Barbarian, Robocop, Starship Troopers) and boasts an excellent cast of actors playing both sides of the confrontation, with notable names like Sam Neill, Tim Curry, Stellan Skarsgard, Jeffrey Jones, Richard Jordan and several others.

The techno-thriller elements of the plot make it so easy to look up nautical terms and oceanic floor maps, if only so to realize just how much work Clancy had put into his novel based on a wealth of source material. I myself had opted to test his data in my college days, when realizing that each ship’s headings and course speeds matched known abyssal points in the Atlantic. Twenty bucks’ worth of mail order ocean maps through the campus library later confirmed this. I’ve been a convert of the genre ever since, unable to put down Ryan stories.

What makes this first installment in the Ryan series of films so successful though is Baldwin’s prowess at offering a hero that is more cerebral than physical, one who wins fights by problem solving and logically deducing outcomes by the sheer value of the raw data on hand. Of course, his interactions with the likes of veterans like Connery, Scott Glenn and James Earl Jones give Ryan’s nascent expertise a welcome sheen of authenticity, but Baldwin makes it look effortless and genuine, aspects that were later illustrated in a similar manner by Harrison Ford, Ben Affleck, Chris Pine and most recently, John Krasinski on streaming services. 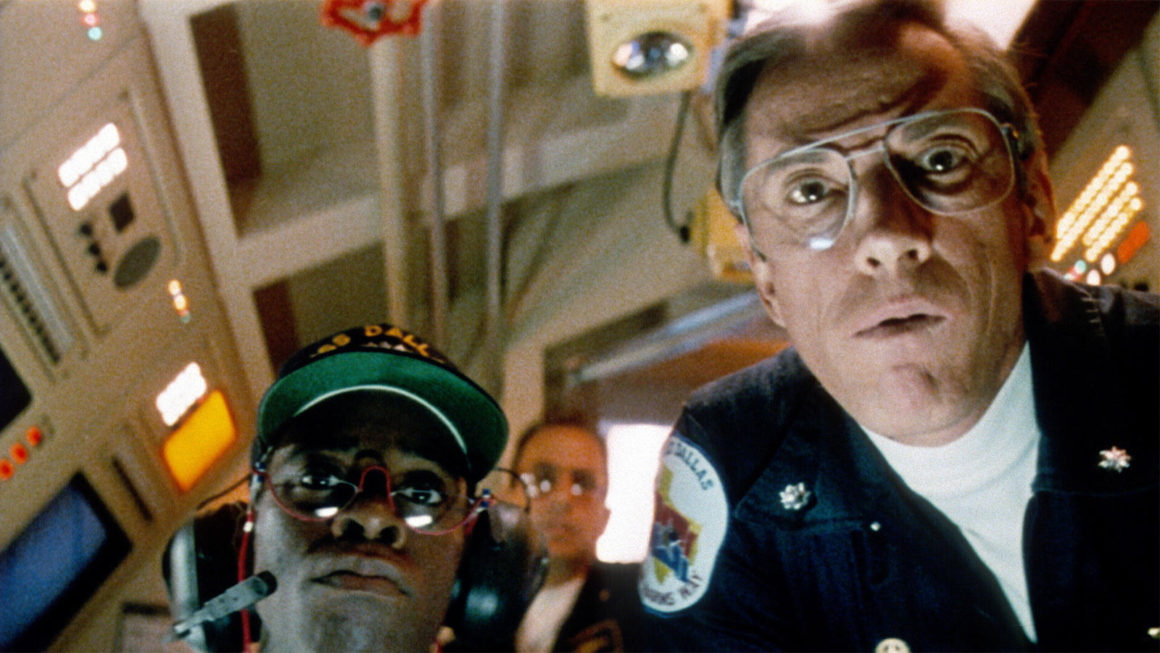 Courtney B. Vance and Scott Glenn as Jonesy and Capt. Bart Mancuso in THE HUNT FOR RED OCTOBER, courtesy Paramount Pictures, 1990.

Now, as to the matter at hand. Naturally, no expense was spared in offering the film a crystal clear image in the highest possible definition, paired with crisp sound quality that is sure to give your expensive home theatre system its money’s worth.

Given that this week is the film’s 30th anniversary since its release on March 2, 1990, not much is available in terms of new bonus features. Alas, the extras are pretty much the same contained in previous Blu-Ray editions prior to this anniversary Steelbook version, all of them offered in standard definition, given how dated the material is.

One cool bit of trivia is discovered while watching the short documentary provided, where we learn that the actor playing the U.S.S. Dallas’ Chief of the Boat, Larry Ferguson, also wrote the screenplay for this film. Also worth your time is the audio commentary by director McTiernan, though expect frequent long pauses between comments through the film’s running time.

A thrilling piece that deserves repeat viewings, The Hunt for Red October is one of those nearly flawless, highly quotable ensemble cast films that stick with you long after the credits have rolled. A gem of a movie I simply cannot stop raving about, it’s as great a thriller as you can find, short of Tom Cruise’s Mission Impossible franchise.

I urge you to check it out, allowing yourself to dive into Tom Clancy’s world of intrigue and government conspiracies.

Enjoy the trip. I still do. 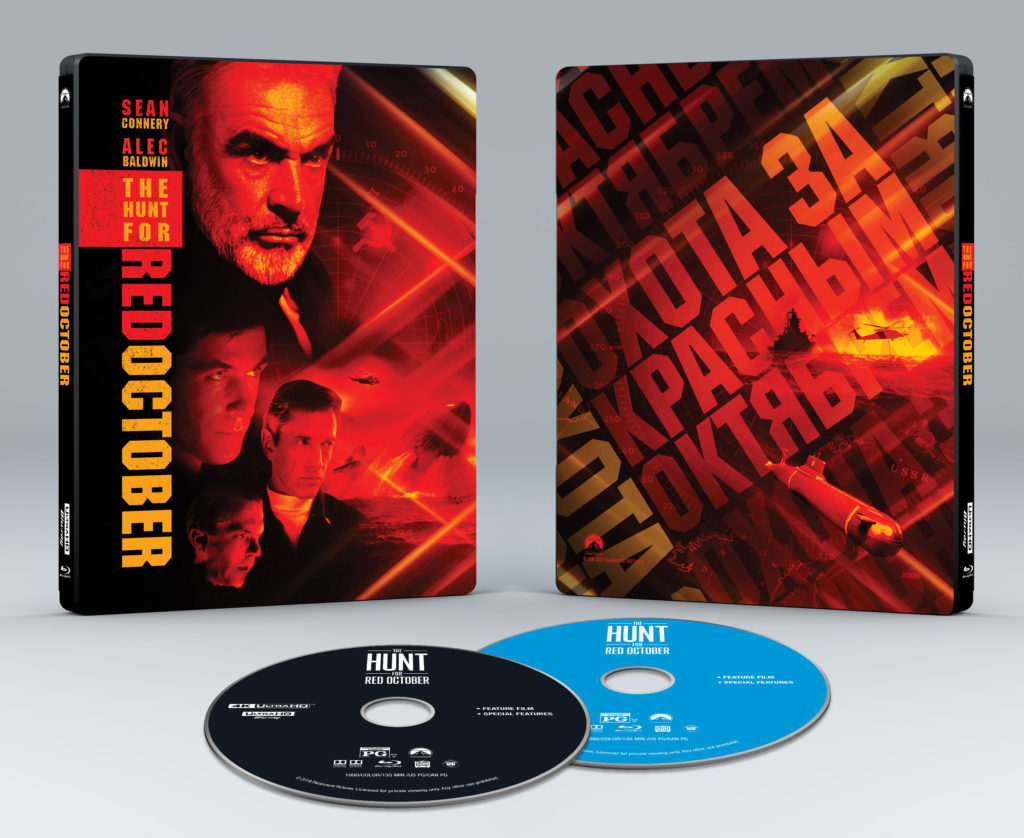 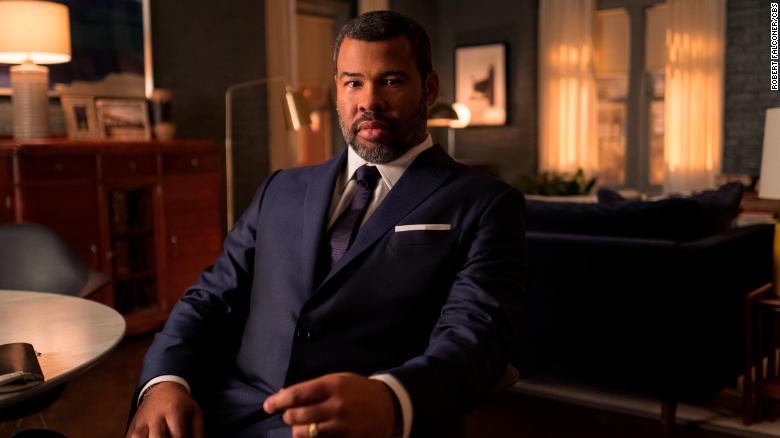 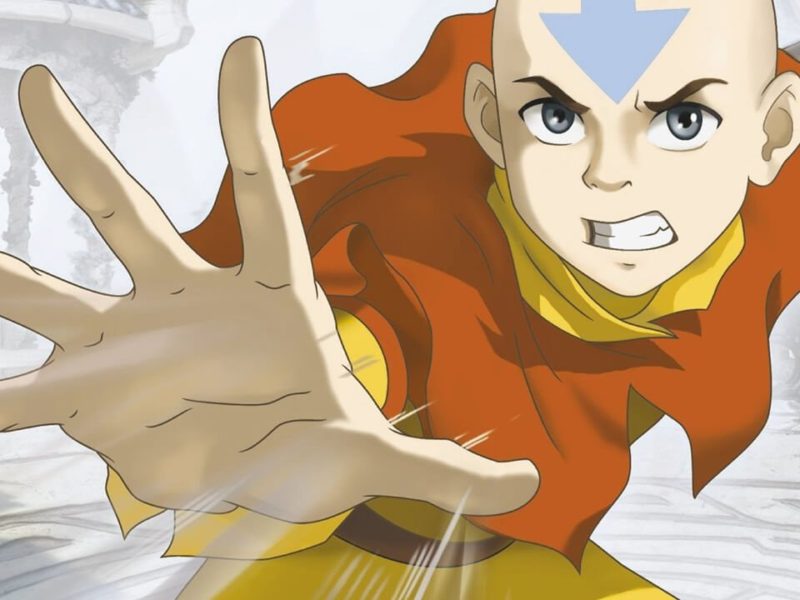 'Now on Blu-Ray: The Hunt for Red October – 30th Anniversary Steelbook Edition' has no comments