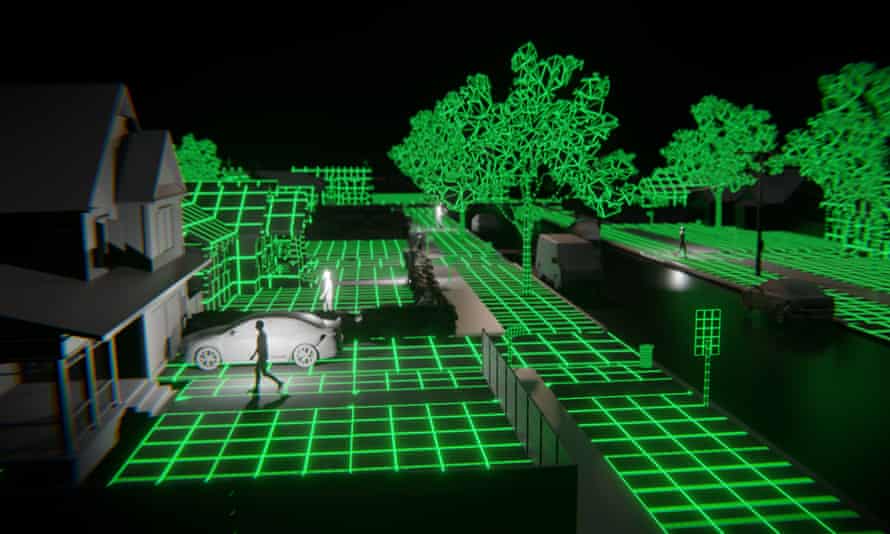 By Dominic Messier, Founder, Editor and Believer in Clever Examples of Solipcism

It’s a fairly loaded question, ine that has bothered or at least fascinated philossophers and scientists for eons: What is the nature of the universe, and can we ever truly trust our own reality?

That is a great query posed by many interviewees approached by documentarian Rodney Ascher (who also directed the fascinating piece Room 237), as each explains why we should consider that our world, or at least our perception of it, could be nothing more than an elaborate simulation, with each of us programmed pawns playing out a pre-established scenario. 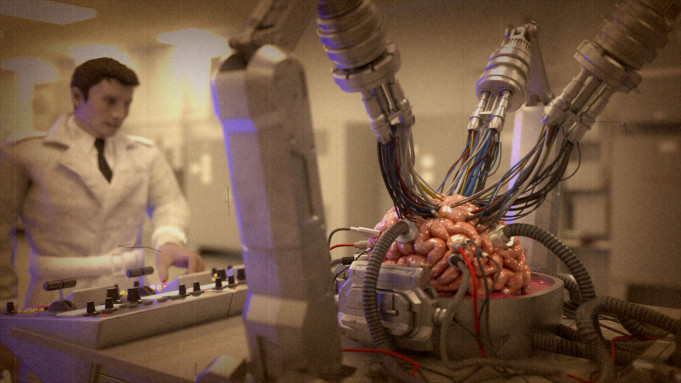 A scene from A GLITCH IN THE MATRIX, courtesy Magnolia Films, 2021

Over the course of the piece’s 108 minute running time, Ascher explores several aspects of what has become known as Simulation Theory, in which the possibility that all we experience could be nothing more than an artificial construct (not unlike a computer-simulated environment) where we have limited, if not a complete lack of control of our environment’s stimuli, could exist. The documentary relies heavily on several pop culture references to impart the possibility of such a concept, often making heavy references to the Wachowskis’ 1999 hit The Matrix, where a character played by Keanu Reeves discovers that the bland world he lives in is nothing more than a virtual world built to keep him docile and obvlivious to the real existence of a scorched Earth dominated by machines in some dystopian future.

Several of the theories are pleasantly elaborate, such as the approach that little life details we take for granted in everyday routines could in fact be a design flaw in the “program”: feelings of deja vu; losing one’s keys only to locate them several minutes later, though one could swear they knew where they had been located; having someone you were just thinking about looking you up online or by phone…the list goes on.

The interviews are conducted with a handful of select contributors (some animators, others writers, all of them presented in this documentary while bizarrely covered by virtual avatar filters via video conference), each subject throwing forth new possibilities, such as whether other people in our lives stop interacting once out of view, or whether we are each victims of solipcism, as if we all were some form of central subject to our invididual reality, not unlike Jim Carrey’s character in The Truman Show.

In essence, much time is spent toying with the notion that all of this is nothing more than a massive holodeck session, for those well versed in Star Trek lore. 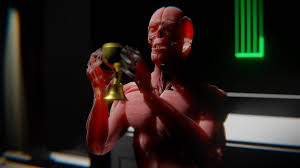 Another scene from A GLITCH IN THE MATRIX, courtesy Magnolia Films, 2021

Much to its credit, A Glitch in the Matrix doesn’t seek to terrify or change people’s minds about modern reality: if anything, it takes a moment to examine the unfortunate flip side of that coin, in cases where rabid fans get so worked up about the mere possibility that accountability may not factor into our society if none of it really warrants repercussions. Indeed, some such victimes can be psychologically disconnected from their own reality. An incarcerated Matrix fan recounts the mental comfort a black trench coat and the “Neo” look brought him, until he decided to test the simulation theory by walking down the stairs of his family home, gunning down his own parents after several hundred viewings of the film, thinking it may all be an elaborate ploy against his perception.

Another interesting aspect of this documentary piece is how much time is spent going back to footage of a European convention where the late author Philip K. Dick, known for books that led to movies like Blade Runner, Total Recall, The Adjustment Bureau, Impostor, The Man in the High Castle and several others, admits to elaborate moments where he questioned reality and how it affected his writings, neurosis and all.

Does this piece offer definite answers? Not really. After all, there is no quantifiable way to test this hypothesis, though it has provided enough fodder to fuel countless novels and film genres. All said and done, it playfully toys with possibilities each of us may have asked themselves, without really ever expecting an answer. After all, we could all be in cryogenic sleep, or be brains in jars on tables, with input being fed into our synapses, and we’d be none the wiser….would we?

A Glitch in the Matrix is now available for purchase or rent via most major streaming providers and services.

'Now on VOD: A Glitch in the Matrix' has no comments